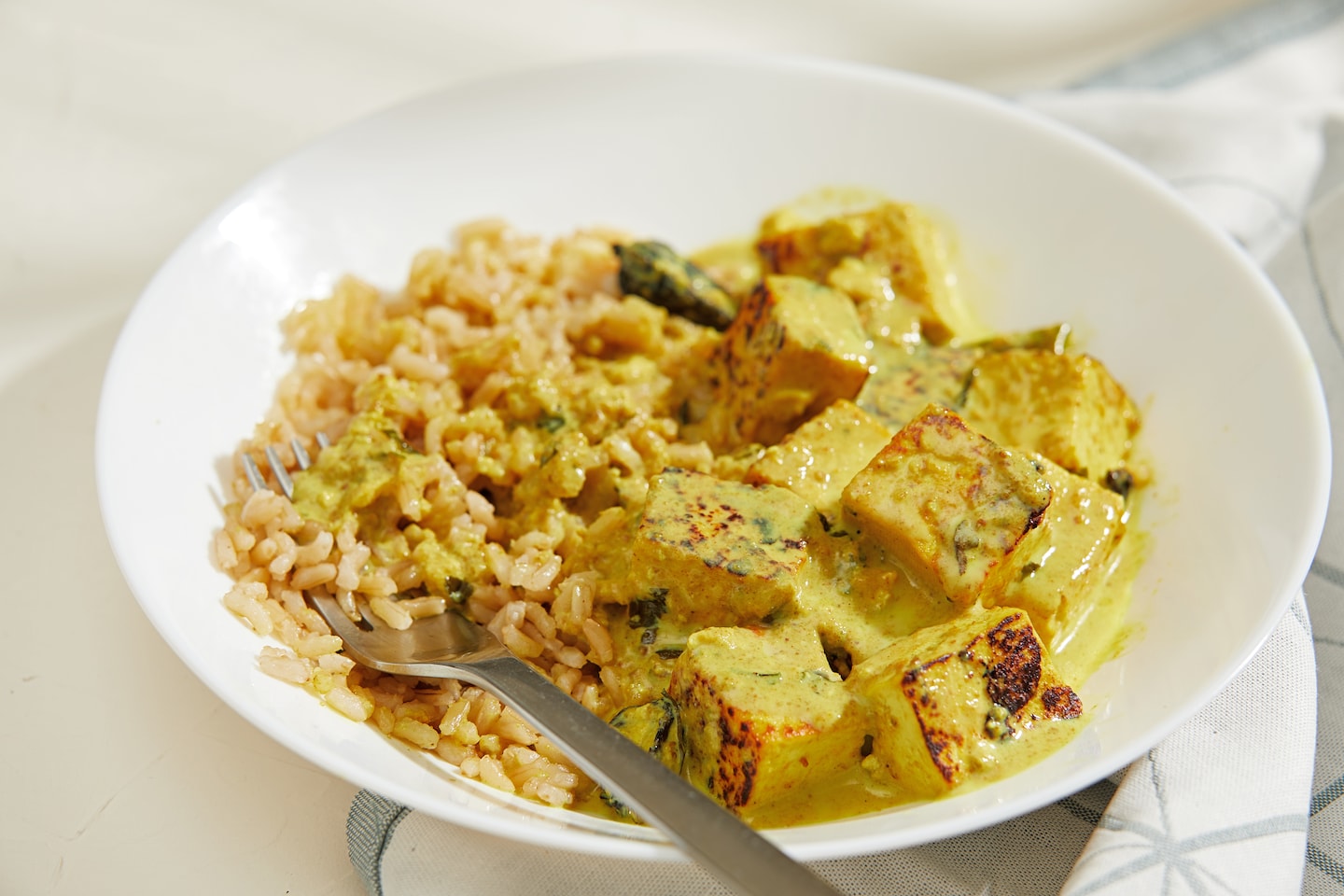 As the British Indian chef and author writes in her new book, “On the Himalayan Trail,” she marveled as a child at the “paradise” she saw in Bollywood movies that were filmed in the remote valley. That was when she was growing up in West Benghal, where she later learned about the culture, religion, language and — perhaps most importantly for her future career — the food of the region from Kashmiri families who worked with her father.

Gill, who turns 50 this week, finally traveled there last year, during the pandemic, to research a book she hopes will inspire readers to discover the region through their kitchens.

Kashmir makes headlines because it is a disputed territory, with India, Pakistan and China fighting over it. Besides its renowned physical beauty, Kashmir is known for violence and turmoil, making it akin to South Asia’s equivalent of the Palestinian territories, as one Washington Post opinion writer once put it.

Simple butter paneer gets its richness from tomato, spices and cashews

Gill doesn’t shy away from politics entirely in her book; she includes an account of one vegetarian feast she was served at her friend Amit’s home in Srinagar, whose activist grandfather H.N. Wanchoo was assassinated in 1992. But for the most part, she wants to keep the focus squarely on the glories of Kashmiri cuisine, which is influenced by two communities: Pandits and Muslims. While the dishes of both communities have been influenced by Central Asian, Afghan, Persian and Mughal cooking, Gill writes, Pandits cook without onions or garlic and use three ingredients you won’t find much of in Kashmiri Muslim cuisine: asafetida (hing), paneer and yogurt.

The Pandits, who are Hindus, also boast a long tradition of vegetarianism that has survived in the region, and that’s the source of Gill’s recipe here for chaman kaliya, paneer in yellow gravy. This recipe was inspired by a dish made by her friend Amit’s parents on her visit.

My only quibble is that the term “yellow gravy” might not do justice to the complexity of flavor you get from layering nine spices, some of them whole, with green chiles and simmering them in water before thickening the sauce with milk. When it’s combined with pan-fried paneer and mixed through with aromatic dried fenugreek leaves, “It’s just a bowl of golden yellow deliciousness, isn’t it?” Gill says with a smile during a Zoom call from her home near Bristol and Bath, southwest of London.

When I made it, I was particularly taken with the slight anise-y flavor of ground fennel, the smokiness of black cardamom and the absolutely intoxicatingly earthy, bitter and slightly sweet touch of the dried fenugreek leaves. It took barely 20 minutes to put together, and when I served it to a colleague with a particularly sophisticated palate, his eyes widened and sparkled just like mine did the first time I tasted it. Before he even spoke, that told me everything I needed to know.

To make this dish vegan, substitute extra-firm tofu for the paneer and full-fat coconut milk for the dairy milk.

Storage: Refrigerate leftovers for up to 5 days or freeze for up to 3 months.

Where to Buy: Mustard oil, asafetida (hing), dried fenugreek leaves (kasuri methi), black cardamom and Indian green chiles can be found in Indian and some international markets. Paneer can also be found there, as well as in many well-stocked supermarkets.

Want to save this recipe? Click the bookmark icon below the serving size at the top of this page, then go to My Reading List in your washingtonpost.com user profile.

Scale this recipe and get a printer-friendly, desktop version here.

In a large skillet over medium heat, heat the oil until it shimmers. Add the paneer and fry until lightly browned on all sides, about 2 minutes per side. (The paneer tends to sputter in oil; use a splatter guard if needed.) Transfer to a plate.

Stir in the fenugreek leaves, divide among serving bowls and serve hot with rice.

This analysis is an estimate based on available ingredients and this preparation. It should not substitute for a dietitian’s or nutritionist’s advice.

Adapted from “On the Himalayan Trail: Recipes and Stories from Kashmir to Ladakh” by Romy Gill (Hardie Grant, 2022).

Scale this recipe and get a printer-friendly, desktop version here.

Browse our Recipe Finder for more than 9,700 Post-tested recipes.

Did you make this recipe? Take a photo and tag us on Instagram with #eatvoraciously.