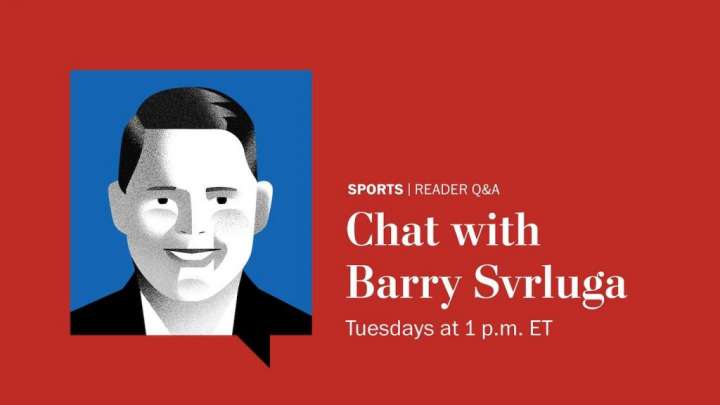 It’s weird to have a major golf tournament in which Tiger Woods will play and have the most significant storyline involve a player who isn’t in the field. Yet that’s where we find ourselves with this week’s PGA Championship at Southern Hills — with Woods trying to contend, and with Phil Mickelson sitting out.

Mickelson’s absence is significant not only because he is the event’s defending champion. It’s significant because it represents the fissures in the golf world right now. He has put himself in exile after an interview from an upcoming biography revealed his feelings about using a Saudi-backed tour as leverage against the PGA Tour, even though he admitted the Saudi regime is “scary” — and worse.

We can get into that, into Tiger’s chances, into Scottie Scheffler’s reappearance after winning the Masters — whatever you want. I’ll start answering at 1 p.m. Tuesday, but please feel free to get your questions in early below.

Send us your questions below. The question box includes a space for your name, but this is optional. Your question may be edited for accuracy and clarity.

Looking for more? Catch up on The Post’s coverage of golf:

Thomas Floyd, an editor for The Post’s Sports section, produced this Q&A.