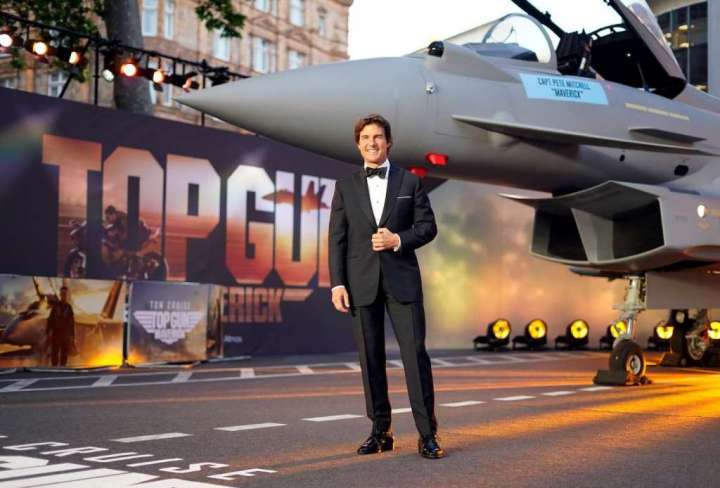 There’s a good reason “Top Gun: Maverick” has soared past $800 million in box-office receipts: It has Tom Cruise, mind-blowing aerial sequences and a rousing storyline. But according to many right-wing commentators, the actual reason it’s so popular is that it’s so conservative.

Breitbart celebrated it as “a masculine, pro-American, stridently non-woke blockbuster.” The Daily Caller gushed: “‘Top Gun: Maverick’ Crushes The Box Office As Americans Crave Non-Woke Content.” Ben Shapiro praised the film for being patriotic and not “treating the military as either victims of mental health problems or people who are victimized by the evil American regime, or as imperialists themselves.”

If you want more evidence that the right has lost the plot, this is it. For starters, while the hero of “Top Gun: Maverick” is an old, straight White guy doing patriotic deeds, his co-pilots reflect the diversity of the armed forces. By my count, they include two women, a Latino American, three Asian Americans (one of them a woman) and two African Americans. Black actors also portray a chief warrant officer and an admiral, among other characters. That’s a lot more diversity than in the original “Top Gun,” reflecting the changes in U.S. society and the U.S. military since 1986.

For another thing, the plot of “Top Gun: Maverick” is exactly the kind of foreign policy interventionism that the right once embraced but now generally opposes (at least when it’s not President Donald Trump ordering the strike): The aviators are sent on a mission to bomb some unnamed country’s nuclear reactor before it can become operational. They aren’t bombing Mexico — the kind of mission the “America First” crowd would presumably prefer today. (The orange emperor actually suggested launching missiles at drug labs in Mexico.)

But the biggest reason the right’s celebration of “Top Gun: Maverick” is so ludicrous is that it is rooted in outdated stereotypes of the left as anti-military and the right as pro-military. That might have been true in the 1970s, when some radicals were calling Vietnam War veterans “baby killers,” but it’s definitely not true today. Note that President Biden is increasing, not decreasing, defense spending after four years of Republicans in power.

Meanwhile, the right has turned on the military with a vengeance for not being MAGA enough. At the nutty Texas Republican Party’s convention, which concluded on Saturday, Rep. Dan Crenshaw (R-Tex.), who lost an eye in combat while serving as a Navy SEAL in Afghanistan, was accosted by far-right activists who derided him as a traitor and called him “eyepatch McCain.” This was a slur coined by Fox “News” host Tucker Carlson, who has never served in uniform, to deride Crenshaw for supporting aid to Ukraine — a cause that all Republicans would have supported back when the original “Top Gun” was released.

A staunch conservative, Crenshaw has also earned the ire of the far right for accepting that Biden won the 2020 election and calling out “grifters” in Congress who dupe the conservative faithful. For this, he is being mocked for a war injury.

This is appalling but hardly surprising anymore. Trump started it in 2015 when he attacked John McCain for having been a POW; of course there was no danger of Trump being captured since he escaped the draft with supposed bone spurs. If the GOP were truly a pro-military party, it wouldn’t have endorsed a candidate who mocked a war hero. But that ugly insult was no bar to Trump’s nomination.

Trump went on to appoint a bunch of generals to senior positions in his administration and then turned on them when they stood up to him. He has called U.S. generals “weak,” “woke,” “ineffective” and “a bunch of pussies.” He was also reported to have described American war dead as “losers” and “suckers.”

Again, none of these insults have hurt his standing with the base one iota. That encourages all of the mini-Trumps to mount their own attacks on our armed forces. Trashing the military has become the way to establish your MAGA bona fides.

Sen. Marco Rubio (R-Fla.) has accused Gen. Mark A. Milley of a “treasonous leak of classified information to the Chinese Communist Party.” (No, the chairman of the Joint Chiefs of Staff is not actually a Chinese agent.) Sen. Ted Cruz (R-Tex.) accused “Dem politicians & woke media” into turning U.S. troops “into pansies.” Ohio Republican Senate nominee J.D. Vance accused retired Gen. Barry McCaffrey, one of America’s most decorated soldiers, of being a war profiteer who “drank fine wine … while thousands of working class kids died on the battlefield.”

The irony is that Crenshaw is one of the Republicans ludicrously maligning the U.S. military — an inherently conservative institution dominated by White men — as being way too left-wing. “We won’t let our military fall to woke ideology,” Crenshaw tweeted last year, announcing that he and Sen. Tom Cotton (R-Ark.), a fellow veteran, were setting up a website where whistleblowers could send in complaints about liberal military policies. What goes around, comes around, congressman.

Sorry, Republicans: You can’t celebrate “Top Gun: Maverick” for glorifying the military while you’re denigrating it. At least not with a straight face.