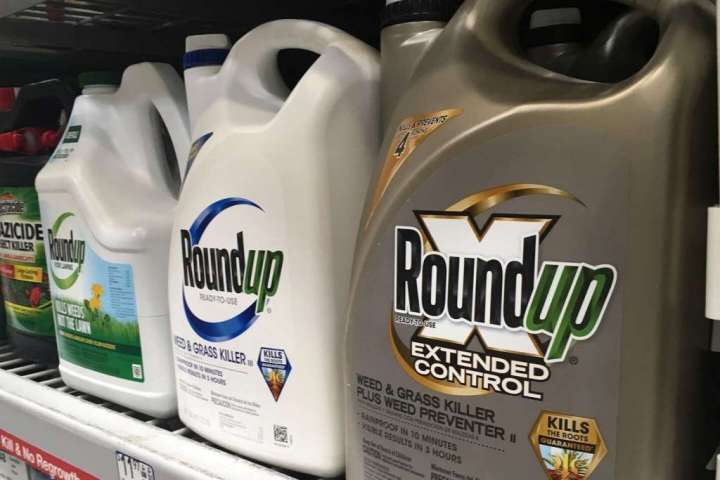 The Supreme Court on Tuesday let stand a multimillion-dollar verdict against the manufacturer of the popular weedkiller Roundup for failing to warn of cancer risks.

The decision by the justices not to intervene clears the way for thousands of similar lawsuits against the company Bayer. The Biden administration had urged the court to deny the company’s request, a departure from the Trump administration’s position.

In a statement Tuesday, the company said that it disagrees with the court’s decision not to take its appeal and “is confident that the extensive body of science and consistently favorable views of leading regulatory bodies worldwide provide a strong foundation on which it can successfully defend Roundup in court when necessary.”

The case was brought by Edwin Hardeman, who was diagnosed in 2015 with non-Hodgkin’s lymphoma. He sued the company, alleging that his use of Roundup for more than two decades had caused his cancer. He said the company had failed to warn of the cancer risks associated with the active ingredient glyphosate.

“This has been a long, hard-fought journey to bring justice for Mr. Hardeman and now thousands of other cancer victims can continue to hold Monsanto accountable for its decades of corporate malfeasance,” Hardeman’s lawyers Jennifer Moore and Aimee Wagstaff said in a statement referring to the herbicide’s original producer, which was acquired by Bayer in 2018.

The Environmental Protection Agency has repeatedly concluded that glyphosate is unlikely to cause cancer in humans. California’s labeling laws are more stringent. After an international research group classified glyphosate as “probably carcinogenic to humans” in 2015, the state required a warning label for glyphosate-based herbicides. The classification prompted a spate of lawsuits against the manufacturer of the nation’s most widely used weedkiller.

An appeals court upheld a jury’s $25 million verdict and finding that Hardeman’s exposure to Roundup was a “substantial factor” in his cancer and that the company had failed to warn of the risks.

The U.S. Court of Appeals for the 9th Circuit said federal law does not preempt the company’s duty to include a cancer warning on its label. The court said that an herbicide can be “misbranded” even if the EPA has approved its label and that a company can comply with both federal and state labeling requirements.

The company’s lawyers urged the Supreme Court to reverse and pointed to previous rulings intended to ensure “nationwide uniformity of pesticide labeling.” California and potentially 49 other states should not be able to “marginalize” EPA’s statements that glyphosate is unlikely to cause cancer, they said.

The company noted that Hardeman stopped using Roundup in 2012, before the California label requirement.

In 2020, Bayer agreed to pay more than $10 billion to settle tens of thousands of potential U.S. claims. The company said that the settlement was not an admission of wrongdoing and noted in its statement Tuesday that it had won its last four cases involving Roundup.

In addition, the company said it is moving away from glyphosate-based residential lawn and garden products in the United States to alternative ingredients to “manage litigation risk in the U.S. and not because of safety concerns.”

Last week, a separate ruling from the 9th Circuit ordered the EPA to reconsider its finding in 2020 that glyphosate did not pose “any unreasonable risk to man or the environment.”

In a unanimous opinion, Judge Michelle Friedland wrote that the Trump-era finding “was not supported by substantial evidence” and did not meet the agency’s legal obligations for reviewing environmental impact. The opinion noted that the nationwide acreage across which glyphosate is used is roughly equivalent to three times the size of California.