Biden needs to score in the culture wars 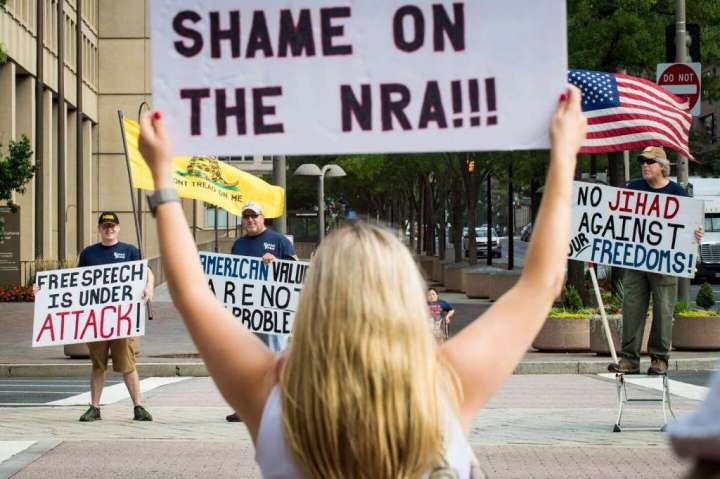 I continue to be puzzled by President Biden’s poor approval ratings. He is an affable man, clearly decent, and many of his policies and proposed policies are popular. So what explains his astonishingly low approval ratings, which are adding to the sense of doom felt by Democrats as they approach the midterm elections?

Of course inflation is the dominant explanation. But Biden’s fall preceded it. One answer might be found by unpacking the numbers. The most significant factor in Biden’s decline is a falloff in approval by Democrats and independents. Since the start of his presidency, Biden has gone from a 98 percent approval rating to 85 percent among Democrats, according to Gallup’s numbers. As of early this year, he has dropped significantly among groups often thought of as very left-wing — most notably among the youngest voters (Gen Z and millennials). He also lost a lot of ground with African Americans, Hispanics and the poorest Americans. By contrast, at this point in his presidency, Donald Trump had dropped a mere two points in his approval rating among Republicans, from 89 percent to 87 percent.

Biden does not seem in charge of the Democratic Party in the way that Trump and even George W. Bush dominated their own parties. This is a modern version of an old story. “I am not a member of any organized party — I am a Democrat,” quipped the humorist Will Rogers in the 1930s. The left wing of the party has been perennially dissatisfied by its own incumbent and often rebelled against him. It broke with Lyndon B. Johnson on the Vietnam War and doomed his chances for reelection, as well as Vice President Hubert Humphrey’s shot at the presidency. It revolted against Jimmy Carter, with Edward M. Kennedy running for the nomination against a sitting president. It attacked Bill Clinton for his strategy of accommodation toward conservatives and “triangulation.”

During Barack Obama’s presidency, there was less of an open rebellion. Even so, the consensus view of that presidency among liberal Democrats these days is that Obama was too much of a cautious centrist. You have to go back to Franklin D. Roosevelt to find a time when a Democratic president truly dominated his party — and even then there was liberal discontent with FDR.

The second problem that Biden faces is that whatever he may say about his economic policies, which do in fact help the poor and working class, people don’t tend to vote on detailed policy analyses. To me, one of the most striking things about the rise of populism in our times is that it is driven by cultural issues. It is strange at some level, but in uncertain times — even in economically uncertain times — instead of moving left on economics, people tend to move right on culture. They feel unmoored and worry that they are losing the world in which they grew up.

Former British prime minister Tony Blair has often explained that if you cannot give people some sense of security on these issues, then they will simply not listen to the left on economics — even when they might well agree with the policies being proposed. But the left has to first establish that it is not culturally revolutionary. That’s why Clinton in 1996 declared in his State of the Union address that public schools in America should be allowed to require uniforms. Now, the federal government has little authority over public education, which is mostly handled by states. And this might seem a trivial topic. But Clinton was signaling to the country — “I’m not a radical hippie from the 1960s; I’m even in favor of school uniforms.” He won reelection that year by 220 electoral votes and an 8.5 percent popular-vote margin, a bigger victory than any candidate has received since 1984.

If you watch how Republicans are running, you can see where they think their opponents are weak. Yes, they rail about inflation, but beyond that they offer a litany of attacks on woke schools and companies, cancel culture, radical changes in education and so on. As James Carville has explained, when members of the Democratic left talk about social issues, they leave much of the country alienated by their very language — see “Latinx” or “communities of color.” A 2021 poll found that just 4 percent of Hispanic Americans prefer the term “Latinx.” If the left wants to be the party of the working class and minorities, surely it should pay attention to what those people are saying?

Cultural and social issues are fraught with challenges. Unlike economics, where you can always split the difference, it’s hard to do that on abortion, gay rights, etc. So symbolism, language and messaging become very important. And in all of this, the Democrats often seem to cater to their most extreme supporters and lose the average person on the street.

Biden’s supporters will say that he has never endorsed any radical social or cultural policies. Perhaps that’s true, but he also hasn’t confronted people in his party about them, either, the way Clinton and Blair did. Nor has he tried to consciously signal where he stands on some of these issues. Perhaps he needs to make a speech endorsing school uniforms.