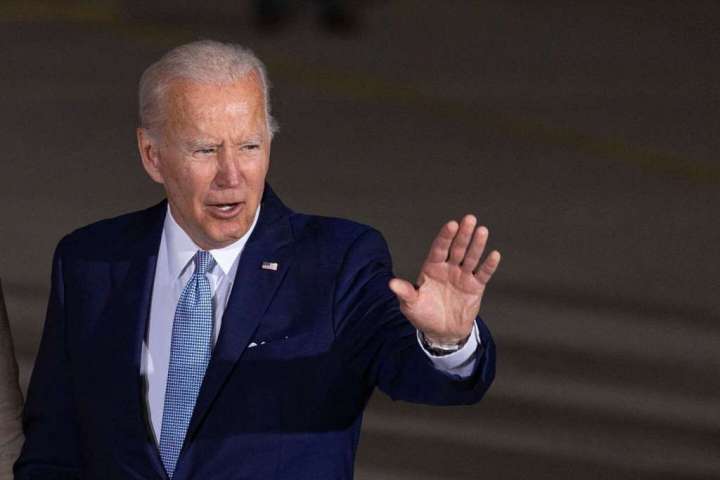 TELFS, Austria— President Biden and his Group of Seven counterparts plan to unveil additional economic measures Monday to pressure Russian President Vladimir Putin to end his war in Ukraine — including an effort to set a global price cap for Russian oil shipments.

The expected announcement comes on the day that Ukrainian President Volodymyr Zelensky will address the gathering virtually, increasing the pressure on the G-7 to continue its unified front to hold Russia accountable.

In a conference call with reporters, a senior administration official said the leaders were finalizing details and were “very close” to urgently directing their nations’ relevant cabinet ministers to create a system to set a global price cap for Russian oil shipments to countries outside the European Union, the United Kingdom, the United States and other G-7 nations.

“The goal here is to starve Russia, starve Putin, of his main source of cash and force down the price of Russian oil to help blunt the impact of Putin’s war at the pump,” the official said, speaking on the condition of anonymity under terms set for the briefing call.

Many details of the G-7 plan remained unclear, however, including what the price cap will be, how it will work and how long it will take the leaders to come to a final agreement and implement the plan.

Tensions among the leaders have already emerged on how to implement such measures.

French President Emmanuel Macron has argued that any price cap should include natural gas, while German Chancellor Olaf Scholz has said that an oil price cap would work only if all purchasers are onboard. Italian Prime Minister Mario Draghi, meanwhile, wants to ensure that the leaders focus on a cap on Russian oil as a way to eliminate a chief cause of inflation.

Johnson, Trudeau joke about going shirtless to threaten Putin with ‘our pecs’

When pressed on specifics of the price cap plan, the senior administration official said that “what leaders are likely to articulate here is a set of shared objectives.”

“Those objectives are denying Russia’s energy revenues, their resources to continue to wage war, and also to minimize the spillovers on the rest of the economy, minimize the disruption on global energy markets, minimize the impact for consumers in the United States and around the world,” the official said.

In addition, the leaders plan to announce measures targeting Russian military production and supply chains; new tariffs on certain Russian goods; and additional sanctions on those responsible for human rights abuses, including war crimes and profiteering.

A statement released by the Biden administration said that, having already stripped Russia of its “most favored nation” trading status, the United States plans to implement higher tariffs on more than 570 groups of Russian products worth roughly $2.3 billion to Russia.