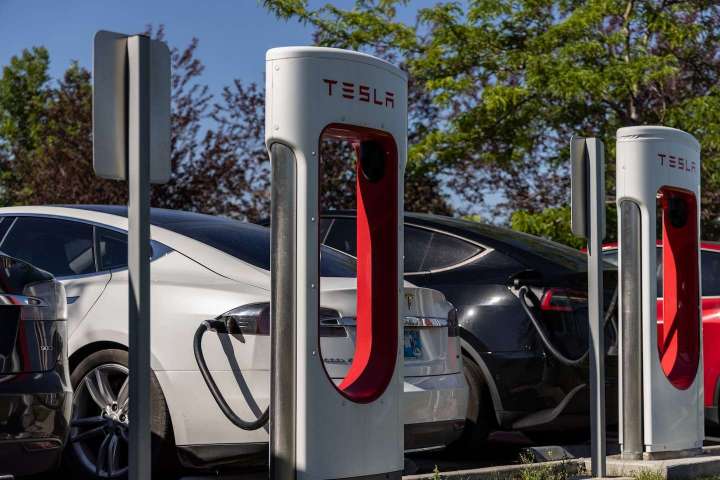 Automakers are chafing at the ambitious plan Democrats are advancing to bring down the cost of electric cars and accelerate the transition from gas-powered vehicles.

The Senate climate package poised for a vote as early as this week includes tax credits that slash the cost of electric cars by thousands of dollars — but only for buyers who purchase from companies that locate their supply chains out of China and other nations with which the United States does not have a free-trade agreement. It is a heavy lift for an industry that has limited access to minerals and components crucial to the production of EV batteries.

The timelines in the measure, some auto companies and trade groups say, may be impossible to meet. They are lobbying reluctant lawmakers to extend them. The push has split clean-vehicle proponents, with some advocating for looser guidelines to get more electric cars on the road quickly, as others argue the provisions are crucial to shoring up a dangerously unstable supply chain.

The dispute underscores the immense challenge the United States faces in its effort to retake control of production lines at a critical moment in the energy transition.

“Incentives that very few or no vehicles qualify for are not what car buyers expect and will not advance the Biden administration’s goals on vehicle electrification,” said Dan Ryan, vice president for government and public affairs at Mazda North America.

How Joe Manchin’s change of heart could revive the U.S. solar industry

But there are also risks with not moving as aggressively as the bill proposes. China’s dominance over existing supply chains could mean the incentives paid for by American taxpayers wind up boosting profits of Chinese companies, further solidifying its control over the industry and creating a growing risk to American national security and energy independence.

“The United States is in a position to change behavior and build a domestic industry here,” said Ben Steinberg, who heads the Battery Materials and Technology Coalition. “We have resources here. We are partnered with allies on this. We need to work fast because we have a dependence on foreign adversaries for things that are critical to our way of life. They are tough targets, but they are achievable.”

The Senate measure, part of the Inflation Reduction Act, would push auto companies to immediately source their minerals and components from America or its 20 free-trade-agreement partners, which excludes key mining and manufacturing hubs like Japan, Argentina and the European Union. By 2025, carmakers seeking the credit would not be permitted to source any of their materials or components from China, including from the colossal mining operations around the world that Chinese companies control.

Some analysts predict the rules would disqualify buyers of most electric car models from claiming the $7,500-per-vehicle tax credit. The best-positioned companies are those like Tesla, which began moving long ago to bring supply chains to the United States. Facing much bigger hurdles are firms like Toyota, which is among the most heavily reliant in the industry on supply chains that do not meet the guidelines spelled out in the climate legislation. Neither company responded to a request for comment.

The lead champion of restrictions on the tax credit is Sen. Joe Manchin III (D-W.Va.), who played a key role in negotiating the act. Manchin has expressed skepticism of incentives for electric vehicles, which are already selling out of showrooms while remaining too expensive for middle- and lower-income drivers. He has also expressed concern that China controls so much of the production line.

“Tell [automakers] to get aggressive and make sure that we’re extracting in North America, we’re processing in North America and we put a line on China,” Manchin said, according to Reuters. “I don’t believe that we should be building a transportation mode on the backs of foreign supply chains. I’m not going to do it.”

The proposal renews an existing $7,500 credit for electric cars that has few strings attached but is also no longer available for the most popular car models. It gets phased out for each carmaker after they sell 200,000 electric vehicles.

But the measure also includes billions of dollars in new government investment to help companies move their supply chains.

“It doesn’t just set tough metrics and say, ‘good luck,’ ” said Joe Britton, executive director of the Zero Emission Transportation Association. “I do think it gives us a pathway to pull these supply chains out of Asia. It is just a matter of how quickly we can do it.” The association is joining car companies in urging lawmakers to ease the deadlines for onshoring the mining, processing and assembly activities involved in battery production.

“Every six months we can push this back gives people time to pull these supply chains out of Asia,” Britton said. “We want the most vehicles and consumers to be eligible for these credits as possible.”

Those urging lawmakers to stand firm on the supply chain targets in the bill say automakers are overplaying their potential to slow down the transition into zero-emission cars and SUVs. Among them is Morgan Bazilian, director of the Payne Institute at the Colorado School of Mines, who says lawmakers and the industry for too long have neglected supply chain instabilities that are fast becoming an existential threat to the energy transition.

“Having these goals is a good thing,” Bazilian said. “If we put these ambitious — even heroic — targets into the bill and nobody is able to meet them, there is flexibility for agencies to adjust them later. We see this happen with all kinds of policies, and this is no different. There is always flexibility in the implementation phase.”