Alex Jones gets a made-for-TV ending 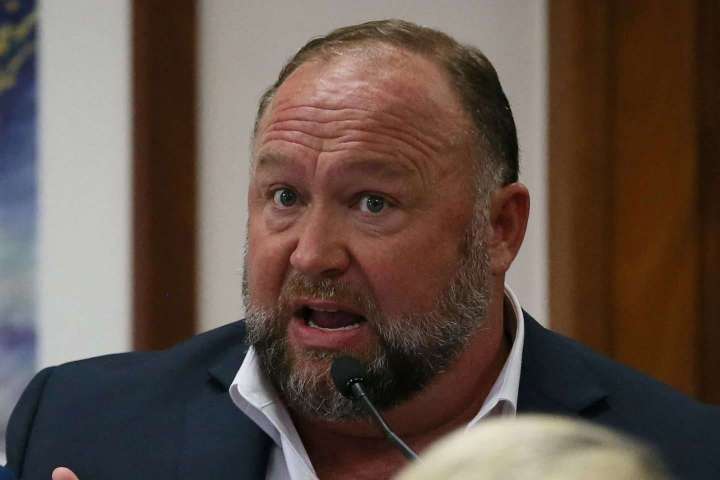 “This is your ‘Perry Mason’ moment,” Alex Jones complained in court this week during a trial to determine how much he must pay in damages to the parents of a child killed in the Sandy Hook mass shooting. But isn’t this a picture-perfect ending to what has been a performance all along?

You have to hand it to the Infowars founder and infamous fabulist: His reference to the fictional lawyer, known for leaving judge, jury and TV viewers speechless by twisting the plot of countless whodunits, was fitting.

Jones had been caught in almost a cliche of red-handedness. His attorneys apparently sent a digital copy of his cellphone to the suing parents’ lawyer — revealing that, contrary to his testimony in the defamation suit against him, he did have text messages about the attack he claimed was a false-flag operation.

Similarly, contrary to his insistences that he has been deplatformed into bankruptcy, he makes almost $800,000 on some days selling diet supplements, survivalist gear and other right-wing regalia on his radio and internet shows.

“You know what perjury is, right?” the parents’ lawyer asked him.

In the end, the jury ruled that Jones must pay $4.1 million in damages — a whole lot more than the $8 his side was offering.

Eugene Robinson: Alex Jones is shocked that lies have consequences

Of course, none of the events leading to the verdict should have come as a surprise. Jones made a career out of deception — hawking hoaxes and phony cures to the credulous for decades. Pick a conspiracy theory, and he probably helped propagate it, from 9/11 trutherism to Pizzagate. Sandy Hook, however, has always been his most disgusting gambit. Children died, and he lied.

The hearings were remarkable because they caught this crook at long last. The trove of text messages, emails and other data finally stopped him from wriggling out of paying up. But something else matters more: Jones was forced, however fleetingly, to admit he doesn’t believe in his own fantasy land.

“I don’t think that you are operatives,” he conceded to jurors.

“I don’t think you’re an actor,” he said to the mother suing him, who lost her son in the 2012 shooting at Sandy Hook Elementary School in Newtown, Conn.

“It’s 100 percent real,” he said about the shooting, after saying for so long that it was a concoction to deprive people of their weapons.

That’s easy enough: He was putting on a show.

The consequences of Jones’s actions are as real as Sandy Hook — because his viewers do believe, even if he doesn’t. They’ve called up parents and confronted them in person; they’ve tried to dox them; they’ve shoved them on the street and even showed up at their houses and shot guns. But Jones himself has always been nothing more than an entertainer, sitting behind his microphone and telling his stories, because storytelling pays the bills.

And performance isn’t just Jones’s vocation. It’s his subject matter, too. The Sandy Hook conspiracy theory relies on the falsehood that the parents and children themselves are artificial — the kids never lived, so they could never have died, and the grown-ups are “crisis actors” staging a grand tragedy that never actually occurred. This accusation of fakery isn’t exclusive to Sandy Hook; Jones’s modus operandi is telling supporters that one horrific event or another was merely a play put on to hoodwink the masses.

“My son existed,” the Sandy Hook mother said to Jones. “I am not deep state. … I know you know that. … And yet you’re going to leave this courthouse and say it again on your show.” She’s probably right.

The events in the courthouse, and Jones’s contrition, were only another type of performance in the end. The audience just changed. This time, the judge and jury were people to be won over, rather than people to turn the world against. This time, Jones’s best financial move was saying Sandy Hook was real, rather than saying it was fake.

So it seems right that this saga crescendoed with a “Perry Mason” moment — a made-for-TV man finally undone in a made-for-TV denouement. Alex Jones ends up defeated by reality, in the form of text messages and emails that he’ll have trouble declaring never existed. But he is also defeated by a dash of the same theatricality he has relied on to delude, demean and damage. You see this a lot in TV shows, too: It’s called irony.