Canada to ban the import of handguns, official says 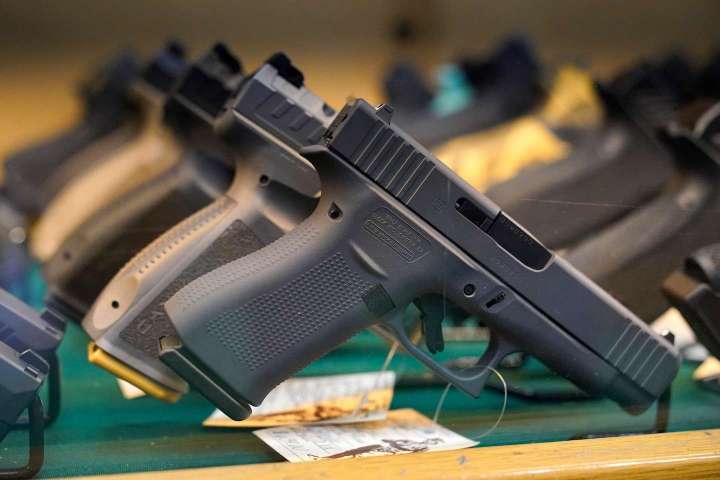 TORONTO — The Canadian government is planning to ban the import of handguns into the country, according to a government official, the latest in a series of gun-control measures to be implemented under Liberal Prime Minister Justin Trudeau.

The move, which is to be announced Friday, comes after the government introduced a bill in May that would implement a “national freeze” on buying, importing, selling and transferring handguns — effectively capping the number of such weapons already in the country at the current level, but not banning them outright.

The new measure will allow Ottawa to ban handgun imports without having to wait for Parliament, which is on a summer break until September, to pass that legislation. It’s expected to come into effect in two weeks, the official said, shortening the window for gun stores to amass merchandise.

Local media have reported that handgun sales have skyrocketed since Trudeau’s government announced the freeze, prompting some lawmakers to express concern about a run on handguns from legal gun owners looking to stock up before the legislation passed.

The official spoke on the condition of anonymity because they were not authorized to speak publicly on the matter. Public Safety Minister Marco Mendicino and Foreign Minister Mélanie Joly are scheduled to make an announcement “on the government’s ongoing efforts to keep our communities safe from gun violence” at a Catholic school in Etobicoke, Ontario, at 10:30 a.m. Friday.

Toronto’s police chief said in November that roughly 80 percent of the firearms involved in gun violence in Canada’s most populous city come from the United States, which he noted has a significant gun culture, making it a “very difficult” issue to address.

“The biggest problem we have in the city is the volume of guns coming across border,” Chief James Ramer said.

The government legislation, known as C-21, also includes “red flag” laws that would allow judges to temporarily remove firearms from people deemed to be a danger to themselves or others, the removal of gun licenses from people who have committed domestic violence and stiffer penalties for gun smuggling and trafficking.

Canada imported more than $28.2 million in revolvers and pistols in 2021, according to government data, with two-thirds of that volume coming from the United States. Total imports were up 7.7 percent from the previous year, but down from a recent peak of $34.7 million in 2018.

Mass shootings are relatively rare here compared to in the United States, but the rate of firearm-related homicides has increased since 2013, according to data from Statistics Canada.

The government statistics agency reported that more than 60 percent of gun-related violent crime in urban centers in 2020 involved handguns. But it also said there were “many gaps” and limitations in the data, including on the “source of firearms used in crime” and “whether a gun used in crime was stolen, illegally purchased or smuggled into the country.” No province requires investigators to send guns used in crimes for tracing.

The Canada Border Services Agency said it seized 1,203 firearms from 2021 to 2022. In May, a Yorkshire terrier named Pepper thwarted an attempt to smuggle 11 handguns across the border from Michigan to Ontario using a six-rotor drone.

Some 2.2 million people in Canada are licensed firearms owners, the Royal Canadian Mounted Police reported in 2020, and more than 1.1 million firearms are registered.

In 2020, Trudeau announced a ban on 1,500 makes and models of “military-style assault weapons,” after a gunman posing as a police officer rampaged across Nova Scotia over two weekend days, setting structures ablaze and killing 22 people including a Royal Canadian Mounted Police officer in Canada’s deadliest mass shooting.

Last week, the government outlined how much it is proposing to compensate gun owners who turn in those weapons under a mandatory buyback program.

During hearings in a public inquiry this year on the “causes, context and circumstances” of the Nova Scotia attack, evidence was presented on the origin of the shooter’s large cache of weapons.

Gabriel Wortman, a denturist, did not possess a firearms license and obtained his weapons illegally. The commission heard that there were “two, and potentially three,” instances in which police received information about his access to firearms. Little, if anything, was done, according to testimony.

Several of the weapons were traced and sourced to gun stores in Maine. A friend there told police that Wortman took one or more of the guns without his knowledge or permission, while he gave the shooter a Ruger P89 “as a sign of gratitude” for his help with “tree removals and other odd jobs at his residence.”

An AR-15 came from a gun shop in California, but Wortman first saw it at a gun show in Maine and another person bought it for him. Witnesses told police after the shooting that Wortman would disassemble the firearms and roll them up in his pickup truck’s payload cover to smuggle them across the border.

Wortman was shot to death by Royal Canadian Mounted Police at a service area in Enfield, Nova Scotia, ending his rampage. Police have not charged any of the individuals who helped him obtain the weapons, including those who might have broken U.S. laws.