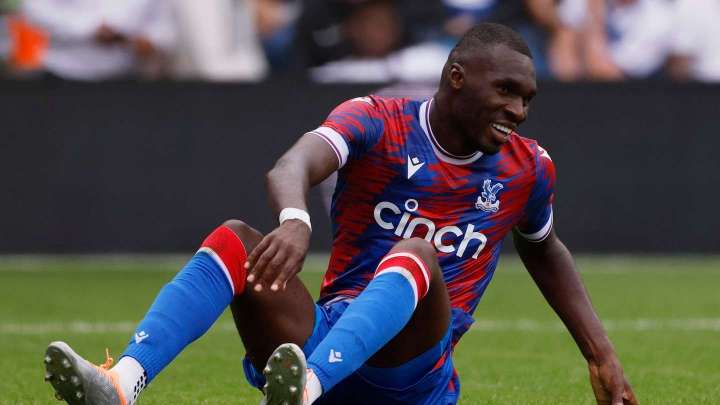 The deal was struck late Thursday, hours before MLS’s midnight deadline and one day before Palace’s opener against Arsenal, giving new coach Wayne Rooney and the last-place organization their biggest roster splash of the summer.

“Christian is a top player who has played at the highest level for a long time,” said Rooney, who faced Benteke several times during his playing career with Manchester United and Everton. “His experience and ability to score goals and help the team will be invaluable. It’s exciting for the team and myself to get him in and playing. He will make a huge difference.”

Benteke, 31, will become the highest-paid player in club history, two people familiar with the terms said. His salary will surpass Rooney’s $3.5 million pact in 2019, his second and final season as a United player.

Benteke signed through the 2024 season, and the club holds an option for 2025.

United also paid an undisclosed transfer fee, estimated to be worth multimillions, to Crystal Palace, Benteke’s club the past six seasons.

He is not allowed to play in MLS until his work visa is approved, a process that typically takes at least two weeks, but he’s expected to visit Washington as early as next week to meet his new teammates, find housing and get acclimated to the weather.

Wayne Rooney is a megastar. More importantly, he wants to coach.

“His strength and power will make him a focal point of our team and his ability to link up play will be a valuable asset to us,” United General Manager Lucy Rushton said in a statement. “We are excited to get Christian integrated with the team so he can make an immediate impact.”

Dave Kasper, United’s president of soccer operations, said in an interview the club began engaging with Benteke’s representatives seven to 10 days ago. At first, he said, the outlook seemed bleak because of high financial demands.

But Kasper said he worked closely with Benteke’s agent, Kismet Eris, and the respective owners negotiated the transfer fee and other considerations.

In addition, Kasper said, Rooney spoke to Benteke — an interaction that, although they didn’t know each other very well, helped move the process along. “That played a big role in bringing him to the club,” Kasper said.

In hiring Rooney last month, United was counting on the former English superstar using his status in the sport to help attract players to Washington.

Among Rooney’s top priorities was signing a big forward. United didn’t get anywhere with Luton Town’s 6-foot-4 Elijah Adebayo but traded with the Columbus Crew for 6-3 Miguel Berry and landed 6-2 Benteke.

Benteke was once one of the highest-valued strikers in Europe. Liverpool paid Aston Villa $51 million for the Belgian in 2015, and a year later, Palace acquired him from the Reds for $34 million.

His best season with Palace was his first, 2016-17, when he recorded 15 league goals. He scored 10 in 2020-21 but only four in 11 starts (25 appearances) last season. All those goals came last fall, and while Odsonne Édouard secured the starting job at striker, Benteke went scoreless in his last 13 appearances, mostly as a substitute.

With the Belgian national team, Benteke has posted 18 goals in 45 matches, last appearing for FIFA’s second-ranked team in March. He has played in two European Championships.

What to know about the 2022-23 English Premier League season

Ochoa and Palsson have yet to make their debuts.

While Ochoa and Palsson promise to help the defensive cause, United did not address backline issues. The club (6-13-3) has conceded a league-worst 47 goals, and during Wednesday’s 3-0 defeat at Charlotte FC, center back Brendan Hines-Ike (20 starts) suffered a foot injury that’s expected to sideline him the rest of the season.

United lacks depth in every backline position. Sami Guediri, who began the year at second-division Loudoun United, has been starting at left back. Right back Andy Najar, a regular starter much of the year, has been relegated to a sub’s role under Rooney; Chris Odoi-Atsem has been starting.

Donovan Pines, who has struggled this season, and Tony Alfaro are the top options to replace Hines-Ike and partner with captain Steven Birnbaum in central defense.

Teams are allowed to sign domestic and international free agents until the roster freeze Sept. 2.

Benteke joins a crowded group of forwards. Berry and Ola Kamara have alternated as the starter at striker while Michael Estrada and Nigel Robertha haven’t even been in uniform lately.

Neither Kamara (seven goals and one assist in 20 appearances) nor Estrada (four goals and four assists in 16 games) is expected to return next season. Kamara’s $1.5 million contract expires this winter, and Estrada is on loan from Mexican club Toluca.