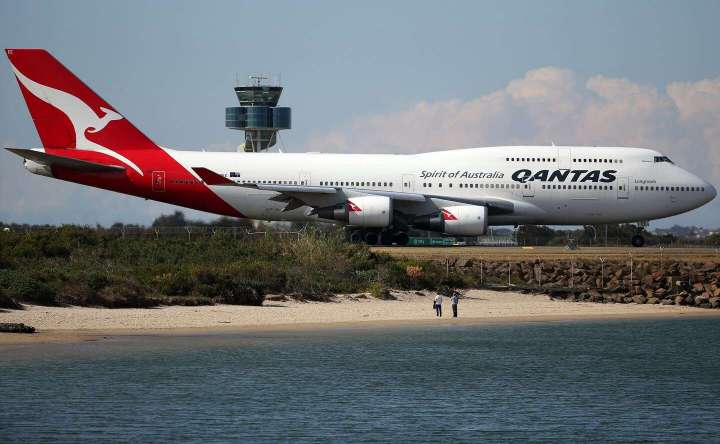 To combat acute labor shortages stemming from the coronavirus pandemic, Australia’s national carrier has come up with an unlikely solution: asking top managers to pitch in at the baggage carousel.

In a recent memo to employees, Qantas called on managers and executives to volunteer over the next three months for tasks including sorting and scanning bags, moving them from belt loaders onto the aircraft, and driving bag-carrying vehicles — known as “tugs” — from aircraft to the terminal. (A current driver’s license is required, the memo states.)

Given the training requirements of the job — which involves hauling bags weighing up to 70 pounds and safely wheeling around the tarmac — any corporate volunteers are being asked commit to “at least 12 to 18 hours over three shifts per week,” the memo says.

Volunteers will be “embedded” within the ground handling teams, the Qantas memo said. “This means you’ll receive a roster, be scheduled to operate and be supervised and managed in the live operation by our ground handling partners.”

Travel is picking up after a long pandemic period during which Australians were mostly not allowed to leave the country or, in some cases, travel to other states. The company said it is grappling with a spike in coronavirus cases and other illnesses, such as influenza, during the winter period Down Under.

The airline industry globally is struggling with the legacy of the coronavirus, which has led to chaotic travel scenes this summer: canceled flights, lost baggage and passenger caps at airports including London’s Heathrow Airport, which announced recently that it would restrict the number of departing passengers to 100,000 daily.

According to the flight-tracking company FlightAware, in the past two months, 2.2 percent of flights by U.S. carriers have been canceled and 22 percent — or 260,000 flights — have been delayed.

Much of the problem stems from an industry-wide labor shortage, as airlines misjudged how long it would take for travel to scale back up following pandemic shutdowns. Qantas laid off about 1,700 ground handlers in 2020, outsourcing the work in a bid to trim costs. The country’s workplace watchdog ruled the move illegal, and Qantas is challenging that ruling in court.

First there were flights to nowhere. Now there are ‘mystery flights.’

Sydney Airport has been ranked among the world’s worst for flight cancellations and delays, with lines regularly snaking outside the terminal building.

A Qantas spokesperson said Tuesday that the airline is aware it “has not been meeting our customers’ expectations or the standards that we expect of ourselves,” which was part of the reason for the executive call-out.

About 200 head office staff have pitched in at airports during peak travel periods since Easter, the spokesperson said. The memo calls for at least 100 managers and executives to volunteer in this round.

“While we manage the impacts of a record flu season and ongoing COVID cases coupled with the tightest labor market in decades, we’re continuing that contingency planning across our airport operations for the next three months,” the spokesperson said.

In the Netherlands, 4 contemporary art museums go beyond the Old Masters

An active adventure across the Azores’ volcanic islands