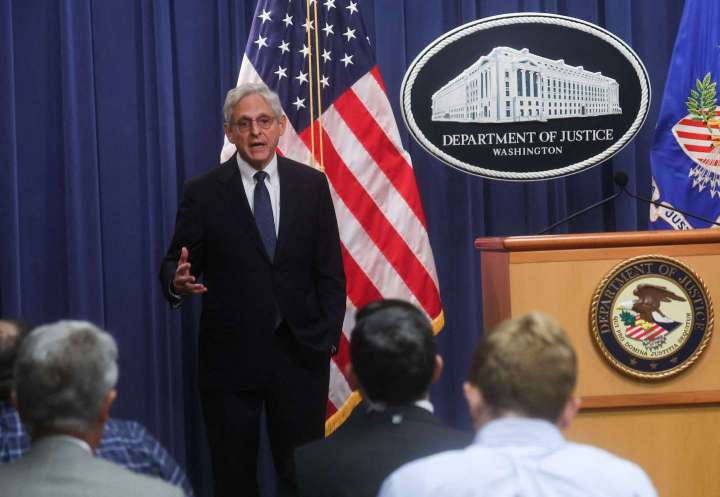 With information about the FBI’s search of Donald Trump’s Mar-a-Lago residence still sparse, the political fallout has taken a predictable shape. For conservatives, the use of an aggressive law enforcement tool against a former president (and likely future candidate) by the administration led by his 2020 rival reeks of partisan motivation. For many liberals, this suspicion is itself evidence that conservatives believe Trump is “above the law.”

Here’s a prediction: No matter what comes out of the court-authorized search (Trivial White House heirlooms? Super classified documents? Jan. 6 plots? Nothing at all?) almost no one who takes either position will be moved. Experience shows that polarizing Trumpian legal sagas are not “settled” by new information, which is refracted immediately through a partisan lens.

The Trump-Russia scandal persisted for years even as an investigative and media drumbeat did not turn up evidence of illegal collusion. And Trump’s egregious conduct in trying to overturn the 2020 election has been publicized extensively, but his grip on the Republican Party remains strong. So don’t expect a “smoking gun” — or exoneration — to emerge from Mar-a-Lago, only political recriminations.

The long-term question, then, is not what evidence the raid will turn up. It’s what role law enforcement power can and should play in regulating a political system like ours, where consensus is eroding and trust is breaking down.

There is a constituency for two main visions. The first is that the Justice Department should serve the partisan interests of whomever is in office. If we live in a zero-sum political world where each party believes the other is an existential threat, why shouldn’t law enforcement officials leverage their power against the opposition? That’s what Trump and his supporters claim Attorney General Merrick Garland is doing when it comes to the former president.

This was also Trump’s idea of how the Justice Department should operate. He asked Attorney General William P. Barr to prosecute his political rivals in retaliation for investigations against him, and to cast doubt on the 2020 election to help him stay in power. Barr refused.

The opposite view of the Justice Department’s role is at least superficially more attractive. It says that law enforcement investigations ought to be as technocratic and mechanical as possible. Criminal law should function like an algorithm, taking in legal inputs and spitting out legal outputs, regardless of the political environment in which it is operating.

If that’s the case, then of course evidence that Trump violated the Presidential Records Act of 1978 or another statute by bringing government property to Mar-a-Lago should have prompted the FBI to seek a search warrant. Any other response would be giving the former president special treatment and interfering with the impartial administration of justice. This is fast becoming the orthodox liberal defense of the Mar-a-Lago raid.

But despite its righteous pretenses, this mechanical view of justice is no panacea. If the Justice Department’s Mar-a-Lago decision aggravates partisan furies, it won’t be because Garland’s department is politicized in an overt, Trumpian sense.

On the contrary: It will be because it sees itself as so scrupulously and high-mindedly apolitical that it could not foresee — or else ignored — the consequences of the raid for the United States’s cycle of polarization. The explosive response was predictable, yet multiple news reports suggest that at least some officials thought executing a search warrant on a former president’s residence for the first time in history would somehow be a low-profile affair.

There’s a third option between justice distorted by partisanship on the one hand, and justice so narrowly technocratic that it abandons common sense on the other. Barr in 2020 delivered a landmark speech expounding on this view. He highlighted “the importance of not fully decoupling law enforcement from the constraining and moderating forces of politics,” and said that “our system works best when leavened by judgment, discretion, proportionality.” Was the Mar-a-Lago search characterized by those traits?

Barr concluded his speech by quoting Robert H. Jackson, attorney general under President Franklin D. Roosevelt, who said “the qualities of a good prosecutor are as elusive and as impossible to define as those which mark a gentleman. And those who need to be told would not understand it anyway.”

Americans should hope that Garland, who on Thursday confirmed that he approved the Trump search, possesses those ineffable qualities. It’s not enough if he is a legal genius, or conscientious and well-meaning. What’s required to navigate these high-stakes decisions is statesmanship — an intuitive understanding of the body politic and how to advance its interests.

As Barr pointed out, the United States’s law enforcement institutions derive their legitimacy from its democratic political system, not the other way around. Successive legal quests to bring down Trump have failed because his challenge to American self-government is fundamentally political, not legal — and will ultimately have to be answered in kind.