India celebrates 75 years since independence amid hope and tension 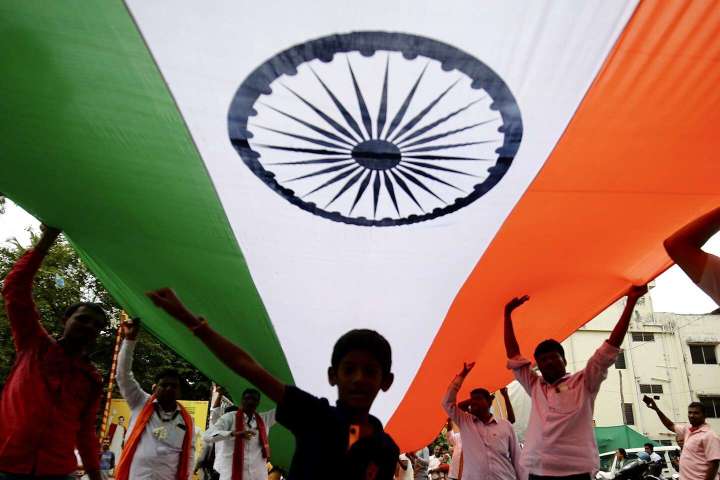 India is celebrating 75 years since its independence from British colonial rule. Cities across the country held parades and events Monday featuring soldiers, elephants and dancers. Buildings lit up in the orange, white and green of India’s national flag, and a government campaign urged families to fly the flag at home.

And that was just what was happening on Earth. American , whose father immigrated to the United States from Hyderabad in southern India, posted photos of Indian and American flags from the International Space Station, from which he returned a few months ago.

Speaking from the historic Red Fort in New Delhi, the capital, Prime Minister Narendra Modi said he would work to turn India into a developed nation by the time it celebrates 100 years of independence. Modi criticized corruption and the mistreatment of women in India but said the country is entering a new phase of global importance and has “a lot to offer to the world.”

The celebrations both masked and highlighted the deep political and religious tensions that plague modern-day India, whose status as the world’s largest democracy is increasingly under threat amid a rise in far-right, Hindu nationalism there.

Some opposition parties accused Modi of using Independence Day celebrations as a personal political platform. Material released by the government to mark the occasion did not feature Mahatma Gandhi or India’s first prime minister, Jawaharlal Nehru. The legacy of the leaders, who advocated for religious pluralism and secularism, respectively, is increasingly being debated, downplayed and derided in favor of historical figures who used force to secure victories and viewed India’s Muslim population with more distrust.

Modi, in his Independence Day speech, said he was committed to fulfilling Gandhi’s “vision of inclusion.”

As India marks its first 75 years, Gandhi is downplayed, even derided

India’s allies issued statements praising its development since 1947, when it gained independence from Britain and was split to form Pakistan in a bloody process known as partition.

“The United States joins the people of India to honor its democratic journey, guided by Mahatma Gandhi’s enduring message of truth and non-violence,” President Biden said in a statement. The U.S. president called for Washington and New Delhi to “continue to stand together to defend the rules-based order; foster greater peace, prosperity and security for our people; advance a free and open Indo-Pacific; and together address the challenges we face around the world.”

British Prime Minister Boris Johnson, who visited India in April, congratulated “the people of India on 75 years of independence” from his own country. “During my recent visit to Gujarat and New Delhi I saw for myself the thriving Living Bridge between our countries,” Johnson said. “I look forward to seeing these bonds go from strength to strength in the next 75 years.”

French President Emmanuel Macron, addressing Modi and the people of India, said, “As you proudly celebrate India’s stunning achievements in the past 75 years, you can count on France to always stand by your side.”