Should I install a garbage disposal with a septic system? 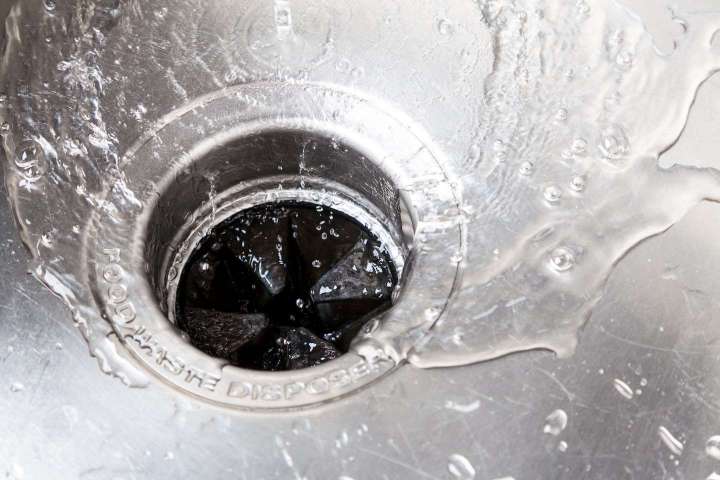 Q: Some garbage disposals are advertised as suitable for homes with septic systems. Is it smart to install one?

A: You can if you want to, but plan to have your septic tank pumped — or at least inspected — more often unless you use it sparingly.

To understand why, it helps to know the basics of how homes that aren’t connected to a central sewage treatment system purify wastewater from toilets, washing machines, showers, tubs and sinks. This water all runs into a septic tank, which typically holds 1,000 gallons or more. There, solids gradually settle out and form a layer of sludge on the bottom, and grease floats to the top, forming a scum layer. In-between, thanks to the work of bacteria and other organisms, is relatively clear water, which a pipe carries away to a drain field, sand mounds or other system that gradually releases the water in a way that doesn’t pollute the environment.

But if the sludge layer or the scum layer gets too thick, water flowing into the drain system isn’t clean enough and can plug it, leading to expensive repairs or even the need to replace the entire system. So to keep septic systems operating efficiently, homeowners are told to have their septic tanks pumped every 1 to 5 years, depending on the amount and type of waste that goes down the drains.

Stuffing food waste into a garbage disposal obviously adds tremendously to the amount, and grinding orange peels, chicken bones and all sorts of other food waste gives the bacteria a different challenge than when the solids flowing in are mostly human waste. That’s why people with septic systems have long been advised to avoid using garbage disposals or at least get their septic tanks pumped much more frequently.

But InSinkErator, which dominates the food waste disposal industry in the United States with 70 percent of sales, says that all of its models are fine to use in homes with septic systems. (Whirlpool announced Aug. 8 that it will buy the company for $3 billion.)

InSinkErator advertises its Evolution Septic Assist Quiet Series model ($299 at Home Depot) as especially friendly to septic systems because, with each use, it “automatically injects more than 300 million enzyme-producing microorganisms” to help start breaking down food scraps before they reach the septic tank. (The dose is 1/3 teaspoon, which works out to a cost of about $1.50 a week if the disposal is used three times a day, given that a replacement pint of the enzyme product Bio-Charge costs $19.98 at Home Depot.) But the company offers a pretty lame pitch for the necessity of this additive, describing it as a way to “do the best you can for your system” yet noting that “any garbage disposal can help households with septic tanks responsibly manage food scraps.”

The Environmental Protection Agency, while not addressing brand-specific products, says flatly that additives, including ones with bacteria and enzymes, “are not necessary for a septic system to function properly when treating domestic wastewater.” On a web page devoted to answering frequent questions about septic systems, it also is unequivocal about using a garbage disposal when a house has a septic system. “If you must use a garbage disposal unit, your tank will need to be pumped more frequently.”

To back up its claim that septic systems attached to a garbage disposal don’t need to be pumped more frequently, InSinkErator’s website cites a study from 2019 that was based on a simulation that compared 20-liter test tanks (each about 5.2 gallons) for 110 days, or a little over 3½ months. One tank got only human waste; the other also got enough food waste to increase the total suspended solids by about 30 percent. It found that the food waste was more biodegradable, “which indicates that the impact on pumping frequency from adding FW [food waste] will be insignificant.” But how valid is that conclusion for real-life septic tanks, which typically hold at least 1,000 gallons and operate for years?

When a woman answering a customer-service number for InSinkErator was asked if the company can cite any research about the effects of using disposals in homes with septic systems, she pointed to a 1998 paper on the company’s website in which a company engineer summarizes and interprets research done at the University of Wisconsin.

The study compared five ways of managing food waste, from hauling it away in garbage trucks to dumping it down drains equipped with disposals. Sending food waste through disposals to a central sewage system cost municipal governments less than if garbage trucks hauled the scraps to a composting facility. But the least costly scenario for the municipality was sending the waste through a disposal at a home with a septic system — because in that case, the homeowner would bear the cost.

To include disposals in homes with septic systems as an option, the team doing the research increased the septic tank and drain field by 25 percent to accommodate the extra food waste — a hint of the effect they expected disposals to have on septic system performance and of the added cost to homeowners. But the InSinkErator engineer noted that “systems with a disposer, an adequate soil type and a ‘standard’ sized system have functioned trouble free for more than ten years in cold climates.” And he said that using bio-additives in a septic system would reduce the required size and therefore the cost of the septic system, as would using an InSinkErator disposal with the Bio-Charge additive.

So what is the bottom line? Garbage disposers do grind up food waste enough so that it shouldn’t clog the pipe to the septic tank. Nonfood waste, such as hair and candy wrappers, is more likely to do that. But there’s no guarantee that the mix of food scraps going down your drain will match the ones used in the simulation that found it probably wouldn’t require more pumping.

Because repairing or replacing a septic system can get really costly, if you do want to install a garbage disposal, use it just to clean out the remnants after you’ve scooped out most of the food waste. Or commit to having your system pumped more frequently, or at least inspected more frequently until you can gauge how often pumping is required. The test: Is the bottom of the scum layer within six inches of the bottom of the outlet, or is the top of the sludge layer within 12 inches of the outlet?

You definitely do not want to put off pumping longer than you should. An inspection costs around $300, and pumping averages $417, according to homeadvisor.com. But installing a new system could run from $10,000 to $25,000 or even more — and that’s before you factor in the cost and hassle of having to replace landscaping that the installation will probably ruin.