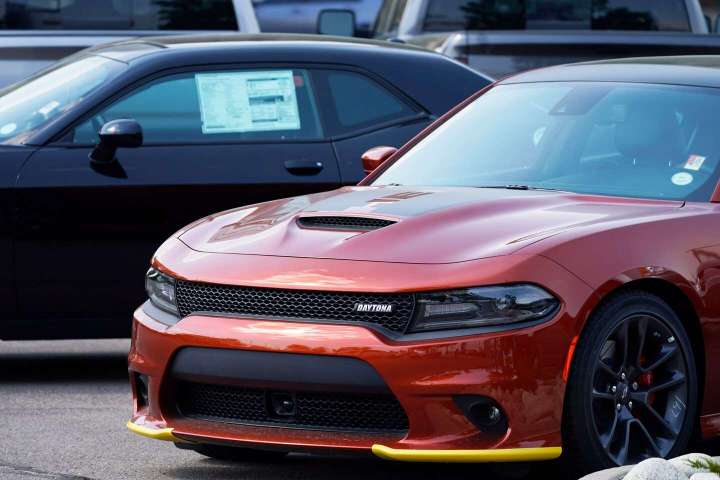 Dodge will stop making gas-powered Charger and Challengers next year, marking the end of an era for a brand that helped define the muscle car, as the automotive industry transitions toward more fuel-efficient hybrid and electric vehicles.

Stellantis, the automotive conglomerate that owns Dodge, announced Monday that it will transition the vehicles outs of its production lineup in 2023 through a unique sale of seven “heritage” models, each of which will bear the words “last call” on a plaque underneath its hood.

“We are celebrating the end of an era ― and the start of a bright new electrified future ― by staying true to our brand,” Dodge chief executive Tim Kuniskis said in the company’s announcement.

The Charger and Challenger are part of a generation of cars with powerful engines and muscular styling — alongside the Ford Mustang, Chevrolet Camaro, Pontiac GTO and the like — made popular more than five decades ago. Reintroduced in the 2000s, their retro feel and high-performance held sway with auto enthusiasts even as many car buyers gravitated to more fuel-efficient sedans, SUVs and hatchbacks. Newer models start near $30,000 but can run as much as $200,000, while a vintage 1969 Charger recently sold at auction for a record $1.32 million, according to MotorTrend magazine.

But tighter emissions standards have forced Dodge to reimagine its lineup and buy carbon credits from cleaner manufacturers. Stellantis, previously known as Fiat Chrysler Automobiles, said in a March 2021 earnings call that it spent $362 million on such credits in 2020, mostly from electric carmaker Tesla, according to CNBC.

The 2023 final year editions will be allocated to dealerships “at once,” according to the company announcement, which is a shift from its normal practice of staggering sales throughout the year. The seven “heritage-influenced” 2023 models will share some connection to past models, details of which are to be released later this year.

The seventh and final model, which Dodge describes as “the very last of its kind,” will be revealed at the 2022 Specialty Equipment Market Association show in Las Vegas in early November. The announcement did not say whether it would be a Charger, Challenger or something else.

The Monday announcement did not detail the company’s muscle-car plans for 2024 and beyond, but it left open the possibility that the either brand could return..