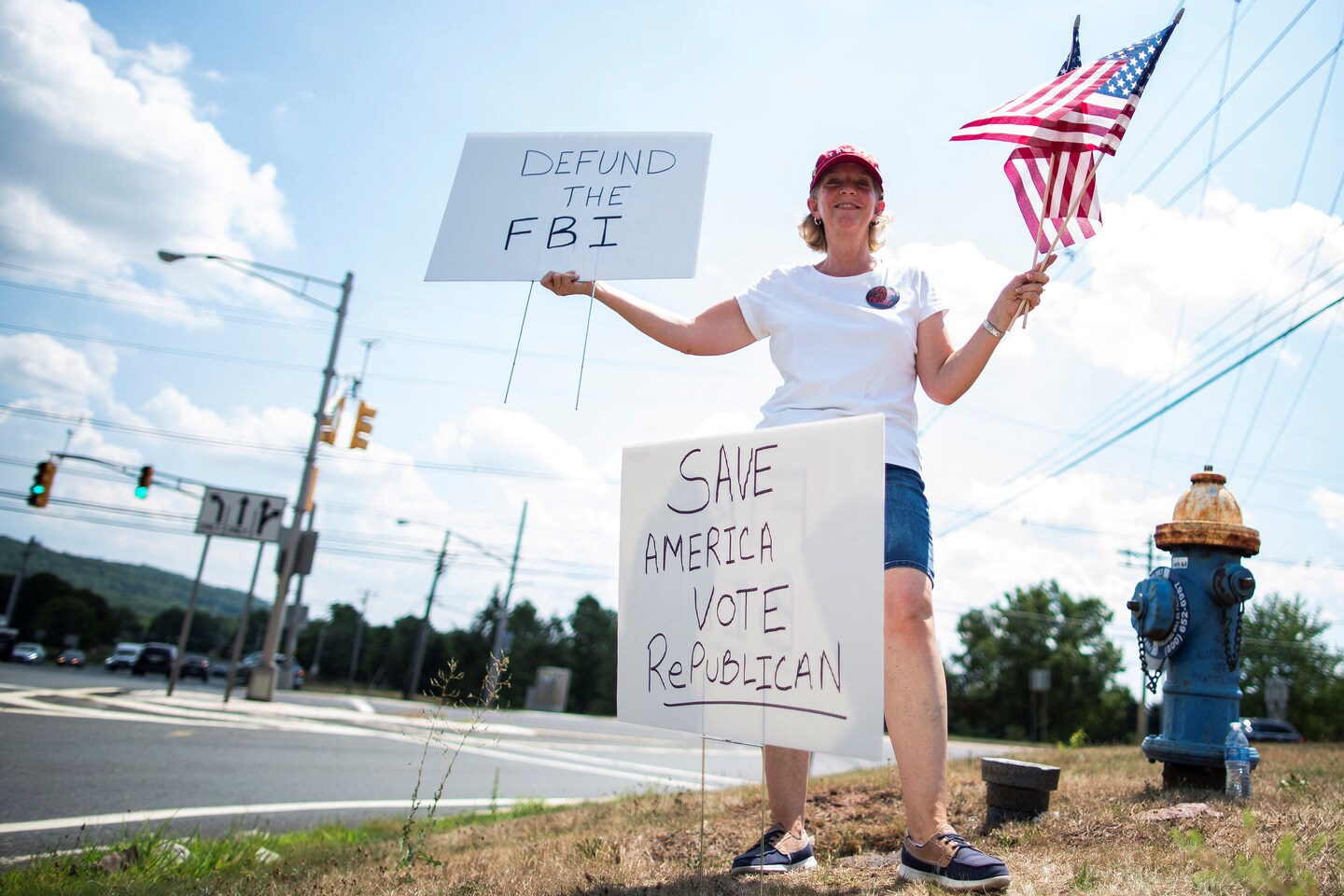 For pure shock value, last week’s FBI search of Donald Trump’s Palm Beach home was nearly as jarring as the Jan. 6 assault on the U.S. Capitol.

The riot on Jan. 6, 2021, an investigation of which has consumed our interest for the past two months, left many Americans, including me, slack-jawed. Our Bush-era war motto of “shock and awe” came to mind as Trump backers wearing animal skins and horned headgear toppled the barricades and stormed our version of the Bastille.

The violence and malevolent spirit of that day — a hangman’s noose for Vice President Mike Pence and the mocking taunts of angry men hunting House Speaker Nancy Pelosi — were profoundly disturbing, even horrifying. Most people, I think, would agree.

Now, switch channels to witness 30 to 40 federal agents arriving at Mar-a-Lago to search the premises for classified papers Trump allegedly had taken from the White House. The agents removed 11 sets of classified documents, some of them marked “top secret/sensitive compartmented information,” one of the highest levels of classification.

We weren’t privy to the search in real time; and Trump was in New York City that day preparing for his deposition in a state investigation of his sprawling business empire. Except for a few men in suits, most of the federal agents wore T-shirts, cargo pants, masks and gloves.

Having federal agents descend on your property is shocking under any circumstances. Unless, of course, you’re a criminal, in which case you surely wouldn’t have been a president of the United States, right? Trump might have been both. But what if he isn’t a criminal guilty of espionage, as has been suggested? Isn’t it equally possible that he’s merely stubborn, prideful and dangerously irresponsible? Intent would seem to be crucial to the answer.

I’ve wrestled with both events, trying to gauge their effect on our politics in a time of deep division and distrust and asking why my own feelings are mixed. The two historic moments are not the same, obviously, but they both signal profound disruptions in our values. Neither should happen in America. And yet both did, and, inarguably, Trump is to blame for both.

Part of me thinks the Mar-a-Lago search couldn’t have happened to a nicer guy. I wouldn’t trust Trump with my dry-cleaning stubs, much less boxes of documents containing classified information that could pose a risk to national security.

The other part of me, informed by history’s examples of government overreach, finds the search of a former president’s home as unsettling as the destruction of public property by U.S. citizens. Perhaps this is the legacy of the World War II generation that taught its children to be ever wary of government’s power. Or maybe it’s just the reporter in me.

Again, these two episodes are hardly mirror images — one was lawful, and the other plainly was not — but they do reflect the dueling perceptions of our times.

The Post’s View: Republicans’ response to the Mar-a-Lago search is disturbing and dangerous

If you see Trump as the worst excuse for a president in our nation’s history, then the search bordered on the mounted cavalry riding to the rescue. If he indeed possessed nuclear-related classified documents, as has been reported, then he should be held accountable. If this was the government’s Al Capone strategy — the feds couldn’t pin racketeering charges on Capone, so they jailed him for tax evasion — then, fine, please get on with it.

However, if you happen to like Trump, then the search was yet another piece of a larger picture in which the FBI, the media and Democrats are in cahoots to deprive Trump and his voters their share of power.

This belief, of course, ignores the fact that another supposedly “deep state” conspirator on that crowd’s “most wanted” list, former FBI director James B. Comey, deserves much credit for throwing the 2016 election to Trump.

It was Comey’s letter to Congress just days before the election, saying the FBI had “learned of the existence of emails that appear to be pertinent to the investigation” into Hillary Clinton’s private email server, that is widely believed to have handed Trump his victory. If there were any fence-sitters left, they quickly tumbled into Trump’s camp, especially in states such as Michigan, Pennsylvania, Wisconsin and Florida.

The FBI search, similarly, was a Comey-esque deus ex machina for Trump, whose popularity has supposedly swelled among his party faithful.

The search might have been justifiable — and obviously met the probable-cause standard for a court-ordered search warrant — but the image of federal agents trampling the sacred grounds of their hero’s castle has emboldened Trump supporters as little else could.

If the Justice Department intends to indict Trump, then it needs to act quickly so he is prevented from ever holding public office again.

Otherwise, in the battle of dueling perspectives, Trump might have the lead.