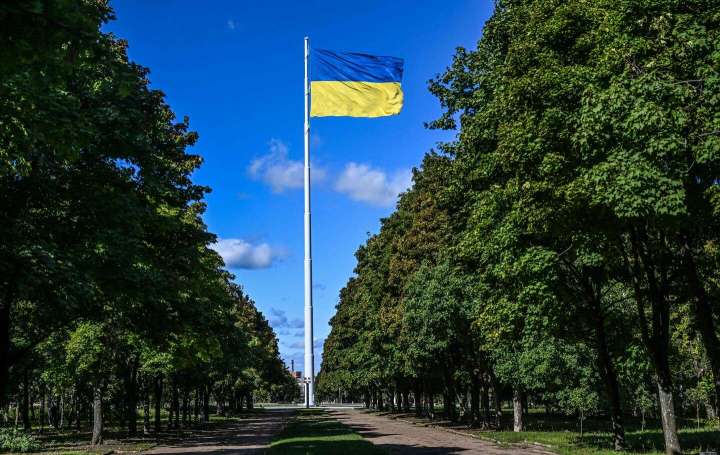 Russian President Vladimir Putin is running out of time and good options in his failing invasion of Ukraine. So, now he’s rushing to implement bad ones — starting with a move toward quick annexation of regions in Ukraine where his occupation army is facing mounting pressure.

To bolster his sagging fortunes, Putin also announced Wednesday morning a partial mobilization of the Russian military. He warned: “We of course will use all the means at our disposal. This is not a bluff.” But it will take months to train these forces, and they will further complicate the Russian army’s already chaotic command-and-control system.

For an increasingly desperate Putin, the chilling message seemed to be: “We’ll do whatever it takes to avoid defeat in Ukraine.”

Sen Angus King (I-Maine), a member of the Senate Intelligence and Armed Services Committees, noted the danger in Putin’s seeming desperation. “The paradox of this is that the better the Ukrainians do, the more dangerous Putin becomes,” he told me. “As Putin’s options narrow, he becomes more and more threatening.”

Putin’s gambit began Tuesday with announcements of planned referendums on secession by pro-Russian puppet leaders in Luhansk and Donetsk in the east and Kherson on the Black Sea coast. The “voting” will take place in these war zones between Friday and Tuesday, the would-be separatists announced.

Annexation appears to be an effort by Putin to create new political “facts on the ground” that might salvage his army’s disastrous military performance. But in addition to being a blatant violation of international law, the quickie referendums have an obvious problem: Ukrainian forces are advancing in all three regions, and Ukrainian partisan fighters are targeting pro-Russian collaborators with car bombs, improvised explosive devices (IEDs), poisonings and other lethal attacks.

Putin’s predicament is that he’s under growing international pressure to end his unprovoked and unsuccessful campaign against Ukraine. At a gathering last week in Uzbekistan, Chinese President Xi Jinping told Putin he had “questions and concerns” about the war, according to the Russian leader himself, and Indian Prime Minister Narendra Modi told him bluntly, “Today’s era is not an era of war.”

Putin said he told Modi, “We will do our best to stop this as soon as possible.” But how? Putin’s legitimacy is based in part on his image of strength. Yet his army is retreating ignominiously on the battlefield and appears to be in increasing disarray.

As Putin’s army retreats, you would think he faces an inescapable choice: He can reduce his goals in Ukraine or escalate his military threat against the West. With annexation, however, he appears to be attempting both simultaneously.

By annexing the regions, he could claim that he had achieved the goals of his “special military operation,” which was initially pitched as a defense of Russian speakers in the eastern region. The annexation would also give Putin a pretext for threatening retaliation against NATO if assaults continued on the supposed new territory of Russia.

U.S. officials are pondering how to deter the move before it’s too late. Washington could threaten to provide additional weapons to Ukraine if Russia goes forward, hoping to raise the cost to a level that Putin would find unacceptable. Or the United States and Europe could float an alternative diplomatic path, as a way to avoid an annexation move that could keep Europe at war for years to come.

Ukraine, for now, shows no interest in the sort of diplomatic process President Biden has said will be necessary to end the war. The Ukrainians want to press their advantage against the retreating Russians, regaining as much territory as they can before winter. There’s a kind of political-military “Catch-22” at work here: When the Ukrainians were retreating last summer, they didn’t want to negotiate from weakness. Now that they’re advancing, they see no reason to compromise from a position of strength.

A cornered Putin has other menacing options. He could increase efforts to kill President Volodymyr Zelensky and decapitate the government in Kyiv. Or he could escalate his pressure on the Ukrainian population by trying to destroy supplies of food, water and energy. His most dangerous move would be to radically expand the war with direct attacks on NATO forces or use of tactical nuclear weapons. U.S. officials see those risks as low, but rising.

As the world’s leaders gather in New York for the U.N. General Assembly, there’s a growing demand — from Johannesburg to New Delhi to Beijing — that Putin end his war. The Russian leader is choosing to respond with new provocations that could widen and prolong this crisis.

But it becomes clearer by the day that, however long this war lasts, Putin will not emerge as the winner.