Biden tells his critics: ‘Watch me.’ People should give it a try. 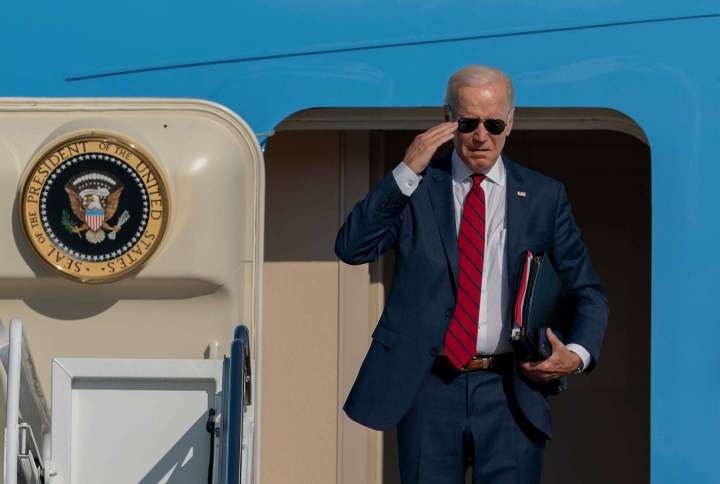 During his recent interview on CBS’s “60 Minutes,” President Biden made a few controversial comments: The pandemic is over. Yes, the United States would defend Taiwan if invaded by China. But the real stand-out comment for me from Biden was, “Watch me!”

This bit of Biden bravado came after interviewer Scott Pelley asked him what he would tell critics who say that because he’s the oldest person ever to take the presidential oath, he is “unfit for the job.” But is it really bravado if the president can back it up? Biden has a track record of outperforming expectations — so maybe it’s time we all reset them.

I interviewed Biden once as a candidate for the Democratic presidential nomination and once as president-elect. Each time, he made a personal pronouncement that elicited my cocked eyebrow of skepticism simply because the environment in which he made it was unfavorable. But over time, Biden proved the skeptics wrong.

I sat down with candidate Biden in August 2019, right after he finished a rally in South Carolina. The Post had just published a report that tore apart a favorite story he frequently told on the campaign trail. Even then, he was dogged by questions about his age and mental acuity. So I asked Biden how he could dismantle such a campaign-damaging narrative. “Well, I can only break out of it when I win,” he said.

Six months later, with his campaign seemingly in freefall, Biden won the South Carolina primary. That victory set him on the path to winning the nomination, and then the presidency with a record 81 million votes.

During the transition, two days before Christmas and two weeks before the Jan. 6 insurrection, I joined a call the president-elect held with opinion columnists. This time, I asked him about concerns that the man who served 36 years in the Senate and still swooned over his work across the aisle couldn’t see the agenda-busting sucker punches headed his way.

“Well, let me tell you something,” he responded. “You guys have been saying that about me since the day I ever got into office. … I think I know what I’m doing and I’ve been pretty damn good at being able to deal with the punchers.” That included, he continued, “establishing with your opponents that if they want to play, I’m ready to fight.”

His willingness to fight has been questioned many times in the year and half since that interview. His sluggishness on voting rights comes to mind. And the sucker punch didn’t come from Republicans alone, but also from a fellow Democrat, Sen. Joe Manchin III (W.Va.). Dealing with Manchin helped erode the president’s standing within the party and among the people: Two months ago, according to Gallup, Biden’s average approval rating at that point in his term was the lowest ever of any modern-day president.

But by August, Biden was once again on an unexpected upswing.

He signed the wide-reaching Inflation Reduction Act, fulfilling a host of promises such as lowering prescription drug prices, investing in climate mitigation and upping taxes on corporations. The bipartisan CHIPS and Science Act has led to the announcement of new car battery and semiconductor plants in the United States. Gas prices dropped all summer. Job creation remains strong with August marking the 20th consecutive month of job growth.

Yes, Biden’s approval rating is still underwater. But according to the RealClearPolitics average, his standing has improved from 37 percent on July 21 to 43 percent on Sept. 21.

It’s likely the wind at Biden’s back will soon die down. Inflation remains high. The Federal Reserve just jacked up interest rates for the fifth time this year to slam the brakes on a potential recession. Gas prices are starting to tick up nationwide. And the president very well might face a Republican-controlled House and Senate after the midterm elections. Democrats being Democrats, count on those nettlesome conversations about whether Biden will or should run for reelection to reemerge with end-of-the-world urgency.

But if such a change of fortune does befall Biden again, maybe we’ll have learned not to let low expectations recalcify so quickly. In fact, the smartest move might be simply to do as Biden said in his interview: Just watch.