How to plan — and survive — a trip with friends 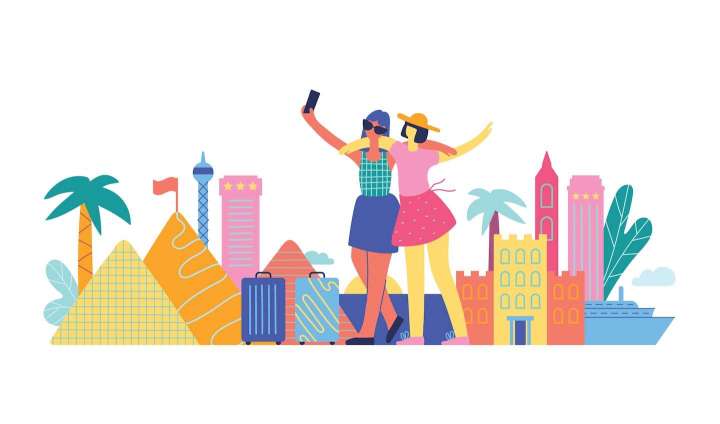 Salo Aburto was thrilled about his first trip to Europe last month. The plan was a two-week jaunt with his best friend from college to Brussels, Amsterdam, Paris and Berlin. His friend was married and living in Brussels and seemed eager to play tour guide. (Her husband joined them for a couple of days.) Aburto, 27, a digital content specialist for an environmental nonprofit group in Washington, was taking two weeks off for the adventure. The pair would be traveling together for the first time.

Within days, the trip devolved into his “worst nightmare.”

Cracks quickly showed up: He is organized and likes to have “an itinerary, plus a Plan A and Plan B,” while she is more spontaneous. He grew frustrated at not having time to explore on his own and felt his priorities were being ignored. They even fought over his snoring. Minor disagreements and snipes culminated in a blowup fight in Berlin. The next time he saw her was at the airport, where she switched her seat on the plane they had booked together back to Brussels. Aburto spent the last three days there trying to salvage the trip alone.

They haven’t spoken since he left Europe a month ago, although they got together for coffee just before he flew home, and he’s hopeful they’ll patch up their relationship with time. But he’ll think twice before traveling with friends again. “It does make me sad, because I feel like this trip completely bombed an amazing relationship,” he said.

The chance to see new places and make memories with friends is appealing, but much can go wrong. Personalities can clash, goals can differ, well-meaning planners can make boneheaded mistakes. Whether it’s a weekend lark or a multiweek international excursion, here’s how to move a trip from an idea to reality — and how to survive it with friendships intact.

Set (and agree on) expectations. Clarifying the goal of the trip can make the planning process easier. A trip to Paris with the purpose of seeing as many museums as possible will have a faster pace and more scheduled outings than a chill weekend at a lake house. Talk about what most of the group wants to do, and people can decide whether they want to participate. On a recent New York birthday weekend with friends, for instance, I made it clear that I would not stay out as late at clubs as the rest of the group.

Your guide to planning fall travel, from leaf peeping to cheap flights

Nail down dates early. One of the hardest parts about group travel is getting everyone to commit. People have busy schedules and varying amounts of time off; create a Google or Doodle form, and ask everyone to look at their calendars and provide date ranges when they’re free. Pick the dates with the most overlap.

“If you’re the person corralling these trips, you need to be prepared for not everyone to go,” said David Bell, 27, a physics PhD student at the University of Washington in Seattle who has traveled with his group of high school friends every couple of years since 2013. “There’s not going to be a perfect date.”

Pick a group organizer. The trip won’t happen if no one takes charge. Vanessa Bowling Ajavon, founder of the Girls Vacation Club, a D.C.-based travel company that organizes group trips for women, recommends appointing one person to be the lead planner. This person will make decisions and keep the group on track. Ajavon has seen many would-be trips dissolve because no one wanted to take the lead. “If you have too many people researching, it’s going to get really sloppy,” she said.

Others can be assigned to book specific aspects, such as hotels, restaurants and activities, while the designated planner keeps everyone on track.

Sort out money issues right away. Don’t leave for a trip without clear expectations about how much it costs, what everyone can pay and how people will be reimbursed. No one wants to be surprised with a hefty bill, and no one wants to chase down payments.

Travelers with different budgets can still vacation together. Olivia Rempel, 29, a video expert for an environmental communications center in Norway, regularly travels with friends who have different levels of income. In May, she and her husband joined six others on a diving trip in Jordan and later visited the desert reserve of Wadi Rum; the rest of the group stayed at a luxury campsite featuring tents with clear tops to see the stars, while Rempel and her husband chose a less-expensive Bedouin camp nearby.

“If they’re splurging, we totally respect it, but we know what our budget is and stick by it,” she said.

If someone is fronting money, work out how and when everyone will pay their share. Holly Trantham, creative director of the Financial Diet, used a credit card to purchase plane tickets to see Lady Gaga in Las Vegas; she told her friends when payments were due to give people time to save. “I was traveling with really good friends who I knew would pay me back,” she said.

Keep track of each person’s expenses, and settle bills promptly after the trip. Trantham and Rempel recommend using Splitwise, an app that tallies individual expenses. If someone needs more time to pay, settle on a timeline and stick to it.

Be ready to compromise. People with different habits can travel well together as long as expectations are set early. In a large group, make sure each person gets to do at least one thing they value.

It’s okay to decide not to travel with a friend if their travel style or expectations differ too much from yours. “You can be a really good friend to somebody and decide they’re not someone you want to travel with,” Trantham said.

Keep the itinerary flexible. Most travelers want a mix between scheduled activities and downtime. Secure tickets or reservations for any group activities in advance, so they don’t sell out. Schedule some group meals, but leave others unplanned, so people can try different places. Rempel saves restaurants on Google Maps, so she has pre-vetted recommendations, even when wandering around.

Ajavon builds her itineraries with flexibility in mind. “You can stay with the group as much as you want to, but you can also go off and do your own thing,” she said. On a trip to Paris, for instance, she slept in and met her friends for lunch after they visited the Louvre, where she had already been.

Build in alone time. Even the best of friends need time away from one another. Factor in alone time, whether that’s staying in separate rooms or dedicating time for solo outings. Aburto said he’ll always reserve his own room going forward. “Even if I have to pay more money, I’ll be happier coming back to my own room,” he said. For an upcoming trip to New York, he booked a hotel room instead of making plans to stay with local friends.

Cut each other slack. Even the best-laid plans can be derailed. Bell, the physics student, was in charge of booking some Airbnbs on a trip to Europe in 2019 and “received a little bit of heat” for “booking some real bummers.” But his friends were forgiving. Remember why you’re on the trip together, and try to focus on having fun.

Ask Elaine: I’m turning 30. Are my best days behind me?

Can this quirky Naval poetry tradition make a comeback?

Ex-Fed economist offers odds on avoiding a recession: ‘Less than 50-50’