Unions are making remote work a contract issue. Could that backfire? 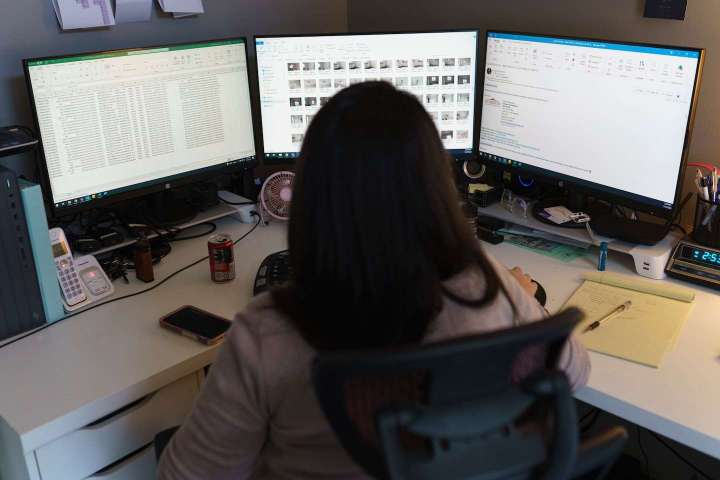 In March 2020, as the arrival of the coronavirus scattered workers to spare rooms and dining-room tables across the nation, just 4 percent of the union contracts in a database compiled by Bloomberg Law mentioned remote work. That seems poised to change.

Not for everyone, of course; autoworkers will not be assembling Chevys from their bedrooms. But there are now more union workers in government jobs than private industry, and many of those are office staff whose unions have been pushing hard to minimize in-office requirements; at the Federal Deposit Insurance Corp., where 80 percent of workers opted to telecommute, the union is now fighting over how often managers can ask workers to drop by the office. Nonprofits and news organizations also have a significant, and growing, union presence, and remote work is definitely on their agenda.

Last week, more than 1,300 New York Times staffers pointedly refused the company’s call to start working in the office three days a week. There were many reasons for this — the guild contract expired in 2021 and the journalists laboring under the old contract are feeling the sharp sting of inflation. But one reason workers resisted returning to the office is that they didn’t want to.

“The Company’s ‘expected return,’” tweeted the New York Times News Guild, “is not based on any bargained agreement with us. … Any RTO policy, as a matter of workplace health and safety, should be a part of our negotiated contracts.” (The Washington Post Guild, of which I am not a member, is also seeking to negotiate return-to-office policies.)

As with any innovation, it seems worth asking whether this is a good idea. For the union, I mean; as someone who has been working largely from home as a columnist since 2006, I know many good reasons that workers want to be able to skip the commute and work with the dog snoring gently at their feet. But what’s good for the workers might well be bad for the union. And to the extent that you support unionization, you might wonder how this will affect workers down the road.

The heart of the labor movement is solidarity, and solidarity is largely a face-to-face business. It’s the same reason employers want workers back in the office: In-person contact speeds communication and promotes deeper bonds within an organization, which lubricate the inevitable frictions of any large workplace.

Unions also encounter those frictions, since they don’t just have to bargain with management over higher pay and benefits but also strike internal deals over what combinations of pay and benefits are acceptable. Often that means disputes between workers with disparate interests: old and young, men and women, healthy and sick. Strong personal relationships, and group cohesion, make it somewhat easier to manage those tensions.

Without such relationships, it also becomes harder to unionize new workplaces because a lot of organizing happens through the social networks that form at the coffee machine and the company picnic. Unions also often prefer to keep a low profile until their base of support has grown too big for management to easily crush. That may prove tricky if the only way to speak to a co-worker is through company-operated email, Slack or Zoom.

So if unions help make remote work more common, they might also make unions somewhat less common. And even if you think unions can overcome those challenges — maybe people are more willing to attend Zoom organizing meetings than off-site meetups — there’s the question of what happens within the firms where unions have a presence and to the workers they represent.

Take young workers, who must learn how the job is done, and just as important, how their boss’s job is done. As the pandemic has made clear, remote learning is no substitute for the in-person kind. A union that fights for more remote work could be fighting for its workers to have fewer skills — bad for those workers, eventually, and not much fun for anyone negotiating on their behalf.

Or take the question of staff cutbacks, an issue with which news guilds in particular are sadly familiar. If management is right, and in-person work makes a firm more successful and profitable, then a union that fights for more remote work is in some sense fighting for less profit and more layoffs.

Even if management isn’t right, the more that workplaces become collections of atomized individuals who rarely see each other in person, the easier it may become for firms to let workers go when there is trouble — for the most human of reasons. Though it’s customary to speak of layoffs as the inhumane act of unfeeling number-crunchers, many managers have gone to great lengths to avoid letting people go because most people hate watching other people suffer. And even the coldest calculator of a boss has to reckon with battered morale during layoffs, impairing firm performance.

But it’s probably easier to let go of an email correspondent than the guy sitting a dozen feet away. The rest of your workforce might take it less personally when a few Zoom boxes disappear from their screen. And need I mention that if a job can be done from across the country, then maybe it could also be done from Bangalore, India, at a fraction of the cost?

It’s worth noting that some union leaders may not think that remote work is all that great for organizations — the AFL-CIO had a fight with its staff over return-to-work policies last year. Nor do they seem enthused about the prospect of organizing disconnected individuals who don’t know each other; before the pandemic, they were waging all-out war on the gig economy.

Maybe the past few years have taught them that they were wrong. But it seems more likely that it has put them in the same position as the firms they negotiate with: caught between the demands of their workers and the long-term interests of the organization.