Corruption charges and contested elections: The fight to save Olympic boxing 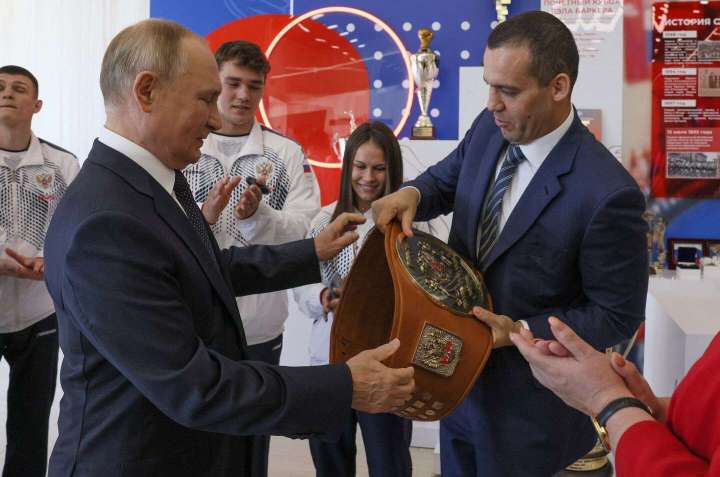 Suspicions of corruption in Olympic boxing have existed for decades, including allegations that bouts were fixed at the 2016 Rio de Janeiro Games. Now, continued charges of mismanagement within its governing body might push the sport out of the Olympics.

Boxing is not on the International Olympic Committee’s preliminary program for the 2028 Los Angeles Games, and while the sport’s status could be restored next year, concerns over its leadership make that far from certain. Some see the results of this weekend’s International Boxing Association presidential voting as perhaps the sport’s last chance to stay in the Olympics after 2024. Russia’s Umar Kremlev, the incumbent, faces Dutch challenger Boris van der Vorst in an election the IOC said in a recent letter to Kremlev will be “thoroughly assessed.”

“To me, the drop-dead date for boxing is based on the outcome of this election because of the failures of the current leadership,” USA Boxing Executive Director Mike McAtee said.

In the wake of the Rio scandal, the IOC took temporary control of the sport in 2018, setting up a boxing task force to run the competition at the Tokyo Olympics. In the meantime, Kremlev was elected IBA president in 2020 and offered assurances he would oversee reform in the organization, hiring Canadian law professor Richard McLaren, who investigated Russia’s state-sponsored doping program at the 2014 Sochi Olympics, to probe the Rio allegations. McLaren’s report, released a year ago, detailed several instances of bribery and results manipulation.

But Kremlev’s other actions have raised eyebrows. He moved much of the organization’s operations from Lausanne, Switzerland, to Russia, where he has thanked President Vladimir Putin for his support of the country’s boxing program. He spent heavily on marketing that appeared to promote himself. He has resisted calls for an outside organization to handle the assignment of judges and referees at events.

The IOC also expressed worry that, under Kremlev, the IBA’s lone sponsor is Russian energy company Gazprom, which has supported Russia’s invasion of Ukraine and is “dependent” on a Russian-owned bank branch in Switzerland whose operations are restricted by sanctions.

In a response to the IOC, the IBA said it “is confident it has implemented the vast majority of the recommended reforms,” defended its centralizing of staff in Russia for “continued smooth operation moving forward” and noted that it “has worked extremely hard” to train officials.

A separate email from an IBA spokesperson said the federation is “financially stable and has no financial issues as of now,” adding that it will “announce two new sponsors in the foreseeable future.” The email also addressed IOC concerns about refereeing and judging at the recent Commonwealth Games, quoting a yet-to-be-published report from McLaren calling it “a successful and non-problematic tournament.”

Adding to the intrigue, Sunday’s vote will be the second in six months. Kremlev and van der Vorst were supposed to face off in May, but on the eve of the vote, the IBA ethics committee disqualified van der Vorst for “early campaigning.” Over the summer, the Court of Arbitration for Sport ruled in van der Vorst’s favor, forcing a new election. By then, the IOC had announced it would take over boxing for the 2024 Paris Olympics as it did in Tokyo last year.

No matter how frustrated IOC executives have become, they are hesitant to give up on boxing because it is one of the most racially diverse sports at the Olympics, with fighters coming from all kinds of backgrounds, as opposed to many of the Games’ more niche sports that tend to draw athletes from wealthier families who can afford exorbitant training costs.

The addition in 2012 of female fighters has helped give boxing one of the more unusual fields of competitors at the Olympics. With many fighters coming from underserved communities where boxing gyms bring structure to kids who might otherwise not have any, the IOC does not want to pull a critical funding source for amateur fighting.

In its letter to Kremlev, the IOC observed an “absence of a real evolution” in IBA management and said the executive board “is not in position to reverse” its decision to leave boxing off the Los Angeles program “and will continue to monitor with grave concerns IBA’s governance.”

In addition to boxing, the IOC also has left weightlifting (plagued by reports of a doping culture) and modern pentathlon (undergoing an overhaul to replace horse jumping as a discipline) off the initial Los Angeles program. Those sports are being given a chance to make it back, but they will be competing with karate, lacrosse, cricket and others to be included.

The IOC executive board will vote in the fall of 2023, but recommendations are expected in the next few months. The tone of the IOC’s letter worries McAtee.

“If you’re looking at all the [other sports the IOC can choose instead of boxing], how many times is [IOC President] Thomas Bach and all of them going to go, ‘Why are we still dealing with boxing?’ ” he said.

The fear among many boxing people is that once boxing falls out of the Olympics it won’t ever get back, removing an event that was part of the ancient Greek Olympics and has been in every Summer Games but one since 1904 while also taking away a significant revenue source for amateur boxing organizations.

“This would be the end of [Olympic] boxing, and I cannot accept that,” van der Vorst said in an email. “I cannot even contemplate conceding and letting the Olympic dream of boxers be destroyed.”

Later he added: “This is more than just a race between Umar and myself — this is a real battle for the Olympic future of our ancient and beautiful sport.”