Long before his war in Ukraine, Putin waged war on Russian journalists 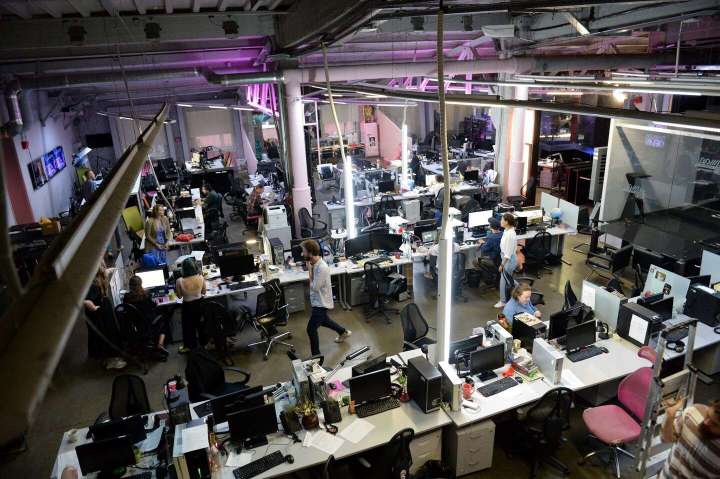 RIGA, Latvia — TV anchor Tikhon Dzyadko started getting telephone death threats just days after Russia attacked Ukraine. Then the website for his independent Russian station, Dozhd, was blocked amid rumors of an imminent police raid. He fled the country with his family.

Investigative editor Alexey Kovalyev, who worked for the news website Meduza, felt forced to leave in March because of severe wartime censorship laws. He crossed into Europe in the middle of the night, “with my panic-packed bags on my back and my dog in tow.”

And after authorities threatened to prosecute staff at Novaya Gazeta, Russia’s only remaining independent newspaper, its political editor decided he had no choice but to suspend operations. Kirill Martynov sought refuge in Latvia, along with 53 of the paper’s staff, intent on starting a new European version despite having no money to finance it.

Yet Russian President Vladimir Putin’s war against Russian media began long before his Feb. 24 invasion of Ukraine and the threat of lengthy prison terms for any journalists who call the fighting anything but a “special military operation.”

For more than two decades, he had worked to reverse the raucous freedoms of the 1990s and rebuild Russia in his vision of a great power. That meant tightening the screws, year by year, on the voices that might question his goals or his methods for achieving them. His approach became increasingly repressive. Reporters and editors were a prime target.

“Putin is a control fanatic, and he believed he should control the media. We can see that now,” said Alexei Venediktov, who was editor in chief of the radio station Echo of Moscow when it was shut down in March. He escaped to Latvia.

Putin won his first term as president in March 2000. His first major crisis came that summer — revealing what would be enduring flaws in his leadership — when internal explosions tore through the Kursk nuclear-powered submarine during a naval exercise in the Barents Sea. Ninety-five of the 118-strong crew died within minutes; the other 23 managed to survive for more than six hours.

The Kremlin initially rebuffed other nation’s offers to help recover the submarine, while Putin remained on vacation in the Black Sea resort town of Sochi.

He later raged about the critical coverage by NTV, then the country’s most popular television station, during a meeting with relatives of the submariners. “They’re lying! They’re lying!” he said, according to two journalists who witnessed Putin’s eruption. “There are people at television today who are screaming more than anybody else and who, in the last 10 years, have been destroying the very army and the fleet in which people are dying today.”

Not long after, he complained to Venediktov about his radio coverage. The journalist says he had gotten similar complaints from the last Soviet leader, Mikhail Gorbachev, and his successor, Boris Yeltsin, but they merely vented while still letting journalists work freely.

“If Gorbachev and Yeltsin believed the media was an institution of society, Putin sincerely believed and believes now that it is a tool,” Venediktov said in a recent interview. “That’s what he told me. He said it’s either a tool in the hands of power or a tool of the owner.”

Putin would later put NTV under state control. And he steadily clamped down on independent media, which he despised not just for their criticism but for the platform they gave to potential challengers. He managed to bring all but Dozhd, Novaya Gazeta and Echo of Moscow under state or pro-Kremlin ownership.

Even as new online media outlets sprang up in recent years, the screws kept getting tightened.

At the investigative outlet Proekt, editor in chief Roman Badanin and his team exposed the Kremlin’s decision to crush opposition leader Alexei Navalny, probed Kremlin media boss Alexei Gromov and his tight control over Russian television, and showed the extent of Russian political interference in Africa and Bolivia. They also uncovered corruption in Putin’s regime and identified an alleged former Putin mistress and the child he’d reportedly fathered.

Around 2019, Proekt reporters noticed even trusted sources in the government growing hostile.

“Something began to change in their minds,” Badanin said. “They started to treat us as enemies, as spies. In some cases, we felt clearly that it was like in the Cold War for them.”

In June 2021, Proekt was the first outlet to be designated “undesirable” and banned from publishing in Russia. Authorities declared Badanin and several other journalists to be “foreign agents.” Dozens more have gotten the same label since then.

“I believe journalism can still make a difference, change the situation in Russia for good,” said Badanin, who in July 2021 left Russia and evacuated his staff. He founded Agentstvo, a collaboration of journalists targeted by the Kremlin, and is on fellowship at Stanford University.

Venediktov was another journalist labeled a foreign agent. “That means I’m toxic,” he said. “I lost my job. I lost my company.”

Putin put an efficient, loyal technocrat, Sergei Kiriyenko, in charge of curbing the internet and crushing online outlets. Today he is driving the Kremlin’s campaign to annex and integrate parts of eastern Ukraine.

The Russian reporters and editors now working outside of the country are critical, according to Badanin, who believes they’re why the Kremlin has failed to crush independent journalism. “In spite of all the crackdown, in spite of all the repressions, the audience numbers are not declining,” he said. “So thinking about that, I would say that they didn’t succeed.”

Dozhd restarted its broadcasts from Latvia in July, supported by YouTube, crowdfunding and foundation grants. Even with authorities blocking its website in Russia, it is seen on many cable networks globally and has 3.37 million YouTube subscribers. More than half of them live in Russia.

“I think it’s our part of our mission to reach as many as possible viewers in Russia to spread the real information about what is happening at the same time,” said Dzyadko, now its editor in chief. He remains cautious personally, though the flood of death threats that he and his wife received in late February after their cellphone numbers were posted online has subsided.

Novaya Gazeta Europe launched in April. To keep it going, the staff has to raise funds in between reporting and writing stories. Martynov hopes readership will rise in coming months as the outlet continues to cover the war and Russia’s deepening economic problems because of international sanctions.

“The main illusion in Russia, I think, is that at some point there will be a normal life again and that at some point Putin probably will win or the war will somehow be ended,” he said. “And that, like a miracle, people will find themselves back in the Russia of before February 24. I think it’s the most dangerous illusion.”

Natalia Abbakumova in Riga, Latvia contributed to this report.