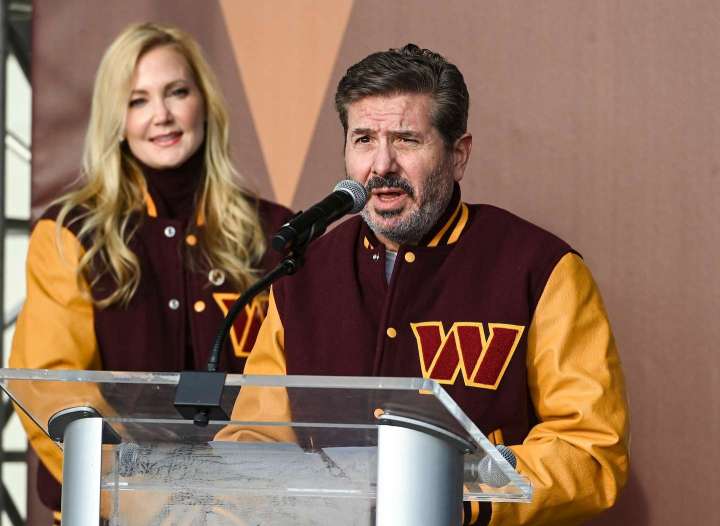 Sentiments among NFL team owners regarding Daniel Snyder’s ownership of the Washington Commanders have shifted significantly, as they await the findings of both a congressional investigation and a league-commissioned probe into allegations of misconduct by him and his team. Multiple owners said in recent days they believe serious consideration may be given to attempting to oust Snyder from the league’s ownership ranks, either by convincing him to sell his franchise or by voting to remove him.

All spoke on the condition of anonymity because of the sensitivity of the topic, but their willingness to address it at all is notable because the league and owners have said little to nothing substantive publicly about the prospect of seeking to get Snyder out of the NFL. While no action is imminent, the comments reflect a growing level of frustration among the owners over the controversies that have engulfed Snyder and the Commanders and the team’s financial performance under his ownership, including its inability to secure public financing for a new stadium. As recently as a few months ago, several owners expressed wariness about such an attempt, in part because of the prospect of Snyder responding with legal action.

One owner this week was particularly forceful, saying the initial effort could involve urging Snyder to sell the team voluntarily.

If Snyder could not be persuaded to do so willingly, NFL rules would require a vote of at least 24 of the 32 owners to force him to sell.

While the other owners who spoke were less emphatic, one agreed many owners would be pleased to see Snyder sell voluntarily and acknowledged that, depending on the results of attorney Mary Jo White’s league-commissioned investigation, an effort to remove him could occur.

That sentiment is not unanimous. A third owner said recently that a move to oust Snyder would be surprising, adding that the franchise currently is more stable than it has been at other points of Snyder’s ownership. A fourth owner said this week he doesn’t know enough about “the process” and is unsure whether other owners will convince Snyder to sell or vote to compel a sale. That owner added he has insufficient information about the situation, in part because White’s investigation remains ongoing.

Asked about the developments, Commanders President Jason Wright responded with the following statement: “We are making important progress on a cultural transformation to ensure our workplace is inclusive and safe for all. The League has publicly recognized our efforts, and independent experts regularly examining our journey on this accord have confirmed this progress. We are relentlessly focused on continuous improvement at every level of the organization so that we can be a gold standard organization in all facets.”

The apparent shift among some team owners also may be related to the recent developments involving Robert Sarver, owner of the NBA’s Phoenix Suns and the WNBA’s Phoenix Mercury. The NBA suspended Sarver for one year and fined him $10 million after an investigation found that he had used racial epithets and treated female employees by a different standard than their male counterparts, among other violations of that league’s policies. Sarver announced this week that he had begun the process of seeking buyers for the two franchises.

Speaking about the Snyder situation, the NFL owner who spoke most forcefully said the league and its team owners “need to have it happen like the NBA just had,” emphasizing that the preferable outcome would be convincing Snyder to sell voluntarily.

“We now need the NFL community, including players, owners, and corporate sponsors, to demonstrate the same outrage and moral strength as those in the NBA community and force accountability for these egregious actions,” the attorneys, Debra Katz and Lisa Banks, said in a statement. “Like Robert Sarver, Dan Snyder must go.”

A sale would bring Snyder a financial windfall. The Commanders are worth $5.6 billion, according to the annual estimates of NFL team valuations by Forbes released last month. Snyder and family members own the entire franchise after an $875 million buyout in March 2021 of the ownership stakes of former partners Dwight Schar, Fred Smith and Robert Rothman, which were about 40 percent of the franchise. At that time, the other NFL team owners granted Snyder a $450 million debt waiver to make the purchase. In 1999, Snyder led an investment group that originally bought the team from the Jack Kent Cooke estate for $800 million.

Moreover, the owners could attempt to convince Snyder that selling the team would have the added benefit of removing him from the public scrutiny he has endured amid investigations by the NFL, the House Committee on Oversight and Reform and two attorneys general.

The NFL owners’ next meeting is scheduled for Oct. 18-19 in New York. The owners also have regularly scheduled meetings in December and March.

Roger Goodell: No timeline for end of NFL probe into Daniel Snyder, Commanders

Tanya Snyder, Daniel’s wife and the franchise’s co-CEO, has represented the Commanders at league meetings since the NFL announced in July 2021 that it had fined the team $10 million and that she would oversee the franchise’s daily operations for an unspecified period. Those decisions were based on based on the findings of a previous investigation into the team’s workplace led by attorney Beth Wilkinson, and the league recently confirmed that the team’s day-to-day oversight remains unchanged.

The franchise’s efforts to secure public funding for a stadium in Virginia stalled in June. The Commanders ranked 31st among the 32 NFL teams in home attendance last season, ahead of only the Detroit Lions, according to figures compiled by ESPN.

Tiffani Johnston, a former cheerleader and marketing manager for the team, said at a congressional roundtable in February that Snyder harassed her at a team dinner, putting his hand on her thigh and pressing her toward his limo. Snyder denied the accusations, calling them “outright lies.”

In June, The Washington Post reported details of an employee’s claim that Snyder sexually assaulted her during a flight on his private plane in April 2009. Later that year, the team agreed to pay the employee, whom it fired, $1.6 million in a confidential settlement. In a 2020 court filing, Snyder called the woman’s claims “meritless.”

The committee detailed allegations of financial improprieties by Snyder and the team in a letter to the Federal Trade Commission in April. The attorneys general for D.C., Karl A. Racine (D), and Virginia, Jason S. Miyares (R), announced they would investigate. The team has denied committing any financial improprieties.

The committee’s final investigative report is pending. Snyder gave a voluntary deposition under oath to the committee remotely for more than 10 hours in July. He had declined the committee’s invitation to testify during a June 22 public hearing on Capitol Hill, with his attorney citing Snyder’s travel out of the country and issues of fairness and due process. His attorney later refused to accept service electronically of a subpoena from the committee.

NFL Commissioner Roger Goodell testified remotely to the committee during the June 22 hearing. Former team president Bruce Allen gave a remote deposition under subpoena to the committee for about 10 hours earlier this month.

Rep. Carolyn B. Maloney (D-N.Y.), the committee’s chairwoman, wrote to fellow committee members in a memo in June that the panel’s investigation had found evidence that Snyder and members of his legal team conducted a “shadow investigation” and compiled a “dossier” targeting former team employees, their attorneys and journalists in an attempt to discredit his accusers and shift blame.

According to Maloney’s memo, the committee’s investigation found evidence that Snyder and his attorneys combed through more than 400,000 emails on Allen’s inactive team account in an effort to convince the NFL that Allen was “responsible for the team’s toxic work culture.” Lawyers representing Snyder provided Wilkinson and the NFL with the Allen emails, according to the evidence found by the committee’s investigation.

In some of those emails, Jon Gruden used racist, homophobic and misogynistic language over approximately seven years of correspondence with Allen and others while Gruden worked for ESPN. Gruden resigned as coach of the Las Vegas Raiders in October after the emails were revealed in media reports. He filed a lawsuit against the NFL in November, accusing the league and Goodell of using leaked emails to publicly sabotage his career and pressure him into resigning.

The NFL has said that it did not leak Gruden’s emails. Tanya Snyder told fellow owners at a league meeting in October in New York that neither she nor her husband was responsible for the leaked emails, multiple people present at that meeting said then.