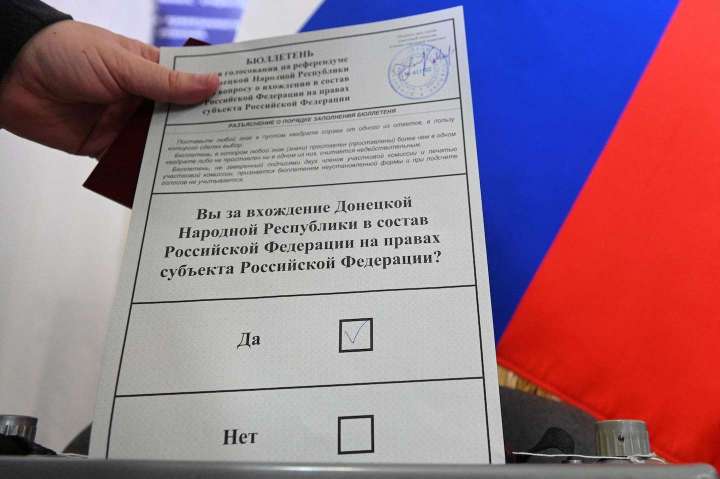 With the Kremlin’s staged referendums in Ukraine underway for a second day, Russia clamped down on soldiers who renege on their military contracts, and it increased penalties for crimes committed against the military.

The orchestrated referendums are taking place until Tuesday in regions of Ukraine under the control of Russian forces, and Western leaders have condemned it as a pretext to annex swaths of the country. President Biden said the United States would “never recognize Ukrainian territory as anything other than part of Ukraine.”