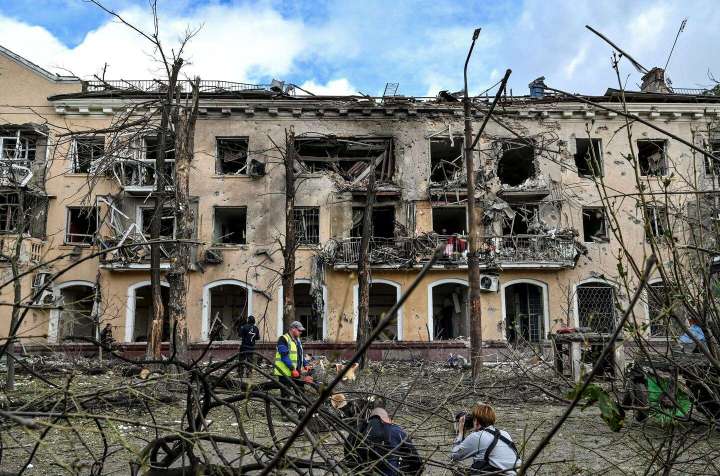 KYIV, Ukraine — Russian strikes hit the city of Zaporizhzhia, the only one of four regions where Kremlin-backed authorities are staging referendums on the prospect of joining Russia in which the regional capital is not under military occupation. Voting is underway in occupied areas of Ukraine, including the Donetsk, Luhansk and Kherson regions, as Russia’s foreign minister insisted that these regions would be “under the full protection of the state” if they are annexed — despite widespread condemnation. Some residents called it a vote “under a gun barrel,” with the outcome predetermined by the Kremlin.

“Those people who don’t come to referendum, you know, Russians can turn off their electricity and won’t give them an opportunity to live a normal human life,” Ukrainian President Volodymyr Zelensky said Sunday on CBS News’s “Face the Nation.” “They force people. They throw them in prisons.”

Russia is attempting to crack down on massive protests sweeping across the country, including in Moscow, St. Petersburg and other big cities, in a defiant turnout against President Vladimir Putin’s mobilization of hundreds of thousands of reservists to fight in Ukraine. Here’s the latest on the war and its ripple effects across the globe.