USMNT, with the World Cup looming, fails to impress vs. Saudi Arabia 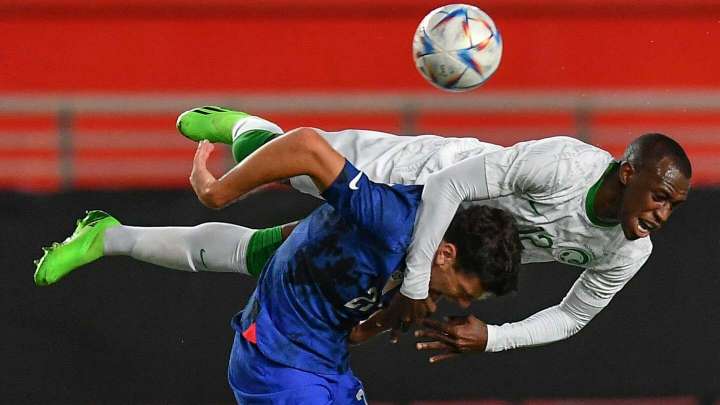 The performance was as silent as the venue.

The 0-0 draw with Saudi Arabia in Murcia, Spain, was better than Friday’s 2-0 defeat to Japan, an atrocious display in Germany that set off alarms about the team’s direction and Coach Gregg Berhalter’s plans so close to the sport’s quadrennial spectacle in Qatar.

But it was still a far cry from the quality the Americans are going to need to muster to have any hope of advancing to the knockout stage.

“Instead of coming out and really performing like the team we know we are, we lacked a little confidence,” Berhalter said. “And that hurt [the] performance.”

Less than eight weeks before their Group B opener against Wales, the young U.S. squad was stable defensively but again did not play with the personality and verve that it often flashed during Berhalter’s four-year rebuilding process.

From April: The World Cup draw is set. Here’s what that means for the USMNT.

After creating one high-quality scoring chance against Japan, the Americans were better in possession but didn’t mount many threats.

Star attacker Christian Pulisic played 75 minutes after missing the Japan match with a minor injury, but oft-injured winger Gio Reyna left for precautionary reasons in the 30th with muscle tightness.

Berhalter will announce his 26-man roster Nov. 9, though no one, aside from goalkeeper Matt Turner, made any impression over two matches. He plans to continue considering about 12 players who weren’t invited — or weren’t available because of injury — to this European get-together.

“There’s not many players that performed up to their normal levels in this camp,” Berhalter said of the nine-day assembly, the last before the full squad begins training in Qatar on Nov. 14, one week before the opener.

“It’s our job,” he added, “to get them confident [so] they can perform up to their normal level.”

The attack remains disjointed, and for the third time in five matches the United States went scoreless. Pulisic’s presence boosted the team’s capacity, but the chemistry and confidence were low.

“When the guys are playing confident, we’re a very dangerous team and a very dynamic team,” Berhalter said. “And you saw some of the thinking out on the field today. We want to take that out, and we want them to just play, and play with that aggression and that intensity and speed we know they can.”

Berhalter made four lineup changes from the defeat to Japan in Düsseldorf, including Pulisic on the left wing.

To some surprise, the central defense partnership of Walker Zimmerman and Aaron Long remained unchanged, despite both making mistakes in the Japan match. It was a clear sign Berhalter plans to start them in the World Cup opener.

The same goes with Turner, who played all 90 minutes for the second consecutive match. He appears to have a clear edge over Ethan Horvath, Sean Johnson and Zack Steffen, the previous No. 1 keeper who missed this camp with a knee ailment.

Saudi Arabia, preparing for its second consecutive World Cup and sixth since its tournament debut in 1994, played without several key figures. Featuring players from their domestic league only, the Green Falcons did not show much Friday either, playing to a 0-0 draw with Ecuador in Murcia.

The Americans showed improvement in the first half Tuesday, but the display still wasn’t great. Tyler Adams’s 28-yard one-timer in the 24th minute steamed narrowly wide of the left post.

In the 30th minute, Reyna departed. The 19-year-old had played the first 45 against Japan and figured to come off at halftime again. That he was leaving early was worrisome, given the series of injuries that have limited his availability the past 13 months.

The Americans were fortunate to not fall behind in the 33rd minute, when the Saudis broke down the U.S. defense and were a close-range touch from taking the lead. Paul Arriola, Reyna’s replacement, cleared the ball from danger.

The additions of right back Joe Scally and forward Jesús Ferreira made immediate impacts, and the United States seemed to have found the spark it needed. The energy level and speed of play grew.

Before long, though, the buzz faded — and so too, after two discouraging friendlies, did the optimism about the World Cup.

Here is what else to know about the draw:

Right back Reggie Cannon, a second-half sub against Japan, was not in uniform because of a groin injury that will sideline him a few weeks, a timetable that jeopardizes his World Cup hopes at a deep position.

He is the eighth player nursing an injury. Steffen, left back Antonee Robinson, central midfielder Cristian Roldan and wing Tim Weah were not available for camp selection, and center backs Chris Richards and Cameron Carter-Vickers and central midfielder Yunus Musah were scratched just before camp opened.

The United States was victorious in its final tuneup the previous three times it qualified for the World Cup, defeating Latvia in East Hartford, Conn., in 2006; Australia in Roodeport, South Africa, in 2010; and Nigeria in Jacksonville, Fla., in 2014.

All of those games were played within two weeks of the World Cup opener. With a tight window after players are released from clubs this year — and with the United States debuting on Day 2 in Qatar — there were no opportunities to play closer to the tournament opener.

Players will return to their respective clubs this week and resume league play this weekend. MLS players are approaching the end of the regular season Oct. 9. The playoffs begin Oct. 15, culminating with the MLS Cup on Nov. 5.

Berhalter is planning to conduct a domestic training camp next month for players from MLS teams that failed to qualify for the playoffs or were eliminated early.

European-based players will not be released by their clubs for World Cup duty until after league matches Nov. 12-13.

The U.S. has the youngest captain this World Cup. When he talks, his team listens.