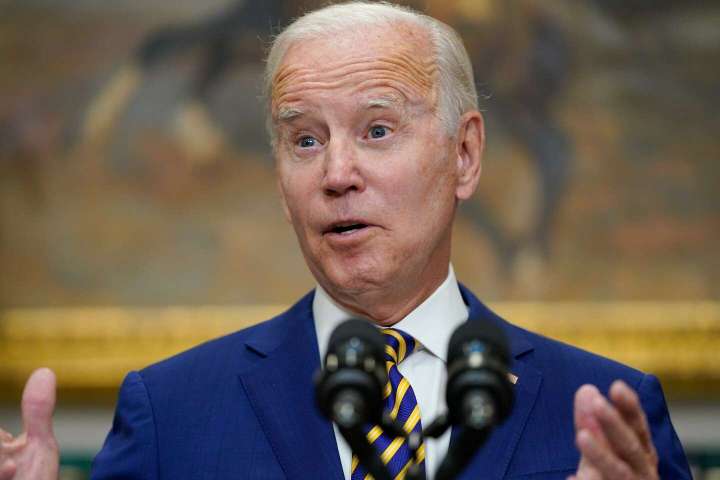 Conservatives opposed to President Biden’s student debt relief proposal finally have some good news: It will likely be defeated in court.

The nonprofit Pacific Legal Foundation filed a lawsuit on Tuesday that has a good chance of winning. That’s because the suit will likely be able to overcome the primary obstacle to challenging Biden’s plan: standing. Courts can only hear cases that involve a real dispute between parties who have a real stake in the case’s outcome. The doctrine ensures that purely political matters are decided by the political branches. That is often not a serious barrier to bringing contentious matters before the courts because a government’s act usually disadvantages at least one person who has motive to sue.

The student debt proposal, however, seemed to be an exception. The normal student loan recipient would be made better off by the proposal. And courts have long ruled that taxpayers or members of Congress do not have standing to challenge administrative actions they do not like if they are asserting merely a general interest in the matter. Resolving such disputes is a matter for politics, not law.

The PLF suit, however, features a plaintiff who appears to actually be made worse off by the administration’s scheme: Frank Garrison, a lawyer at PLF, is enrolled in a student loan forgiveness program that will kick in after he works for 10 years at a public interest law firm, which PLF qualifies as. His loans would be canceled anyway if he stays there four more years, which he intends to do. Indiana, where he lives, would not tax that canceled amount as income, but it will tax the administration’s forthcoming loan cancellation. Garrison would thus receive no benefit under the program and would lose around $1,000 in extra state taxes if it is allowed to go forward.

A thousand dollars might not seem like a lot of money, but it should be enough to give him standing to sue. That means the courts will have to decide the case on its merits, which is not good news for the administration.

The administration says it has legal authority to issue the debt relief because of the 2003 Heroes Act. The law, passed during the Iraq War, delegated power to the president to waive or modify student loan obligations when “necessary in connection with a war or other military operation or national emergency” and if the person with the loan “resides or is employed” in an area which a branch of government has declared to be a disaster area in connection with a national emergency. The administration contends that the coronavirus pandemic qualifies as such a national emergency, granting it the power to unilaterally cancel hundreds of billions of dollars in student loans nationwide.

This specious justification flies in the face of the separation of powers. The Constitution grants Congress the power to enact laws and make appropriations. The administration’s action, which the Congressional Budget Office estimates will cost the federal government $400 billion, is clearly not the sort of executive power that Constitution grants to the president.

Congress can delegate such power to the executive branch only if it exhibits a specific intent to do so. The Supreme Court held earlier this year that this legal rule, known as the major questions doctrine, applies in “extraordinary cases” that involve a “issue of deep economic or political significance.” The administration’s unprecedented action, which will impact tens of millions of people’s finances and cost the Treasury hundreds of billions of dollars, clearly fits that description. No one seriously suggests that the Heroes Act specifically authorized the president to engage in such a wide-ranging action during a pandemic (which Biden recently said was “over”).

The Supreme Court applied this doctrine in West Virginia v. EPA, one of the most controversial cases from the last term that resulted in curtailing the EPA’s authority to regulate power plants. The 6-3 majority in that case is not likely to let the administration undermine that holding with its fanciful invocation of authority from a law meant to help soldiers and reservists. That means all Garrison needs to do is keep appealing his case until it reaches the Supreme Court.

His matter will likely arrive at the Supreme Court quickly. The suit asks for a preliminary injunction to prevent the proposal from taking effect on Saturday. The district court will have to address the plaintiff’s likelihood of prevailing at trial when assessing this motion, which necessarily implicates the Supreme Court’s reasoning in West Virginia v. EPA. Orders concerning preliminary injunctions are immediately appealable, making it highly likely the court will get involved and defend its ruling within a few days.

Democrats will surely be angry if the conservative court enjoins Biden’s plan, but they could have passed student loan debt relief as part of their omnibus reconciliation bill. They didn’t. As such, they must fight this battle in court, and that’s where conservatives have the clear advantage.