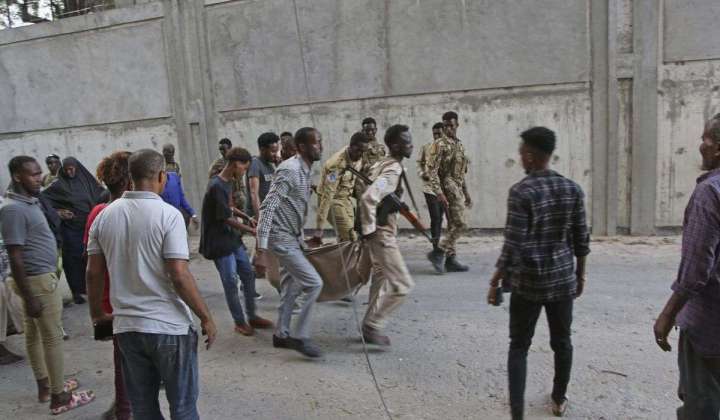 The founder of the Aamin ambulance service, Abdulkadir Adan, told The Associated Press his team collected 16 wounded people from the scene.

The al-Shabab extremist group claimed responsibility for the assault on the Banadir Regional Administration headquarters in Mogadishu.

A staff member at the headquarters said the attack began with a suicide bombing before gunmen entered and exchanged fire with security guards. The staffer, Mustafa Abdulle, said most of the workers were rescued by security forces.

Al-Shabab often carries out attacks in Mogadishu. The federal government last year declared “total war” on the extremist group and has retaken a number of communities the fighters had controlled in central and southern Somalia.