Is there a Netflix curse on Australian Open tennis players? 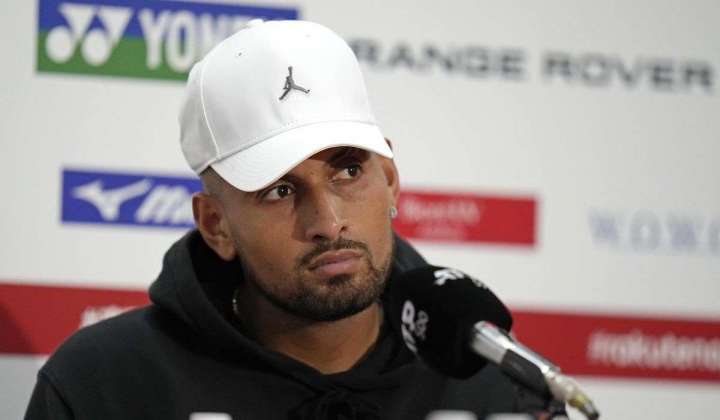 MELBOURNE, Australia — Tennis is abuzz with tongue-in-cheek talk about a “Netflix curse” during the Australian Open, drawing a line from the streaming service’s new docuseries about the sport to the recent rough times for Season 1 protagonists.

Of the 10 players featured prominently across the five episodes released last week, right before the start of play at Melbourne Park, only one remains in the singles competition heading into Saturday: Felix Auger-Aliassime, a 22-year-old from Canada.

The No. 6-seeded Auger-Aliassime, a U.S. Open semifinalist in 2021, said he wasn’t aware this was even a topic of conversation until Friday, when his girlfriend clued him in.

Well, of course it isn’t.

There is no such thing as a “curse” in the world of sports, although folks sure do love to concoct and discuss them. The Curse of the Bambino, for one. The Sports Illustrated cover jinx was another.

PHOTOS: Is there a Netlix ‘curse’ on Australian Open tennis players?

It is worth noting that no one is drawing any sort of similar silly connection between active participation in the filming of Netflix‘s popular “Formula 1: Drive to Survive” – made by the same executive producers as “Break Point” – and F1’s on-track results.

Consider: Lewis Hamilton has taken part in interviews and managed to win the driver’s championship in each of the first three years of that series. Max Verstappen, meanwhile, did not sit for the Netflix cameras and collected the past two titles.

Still, just for fun, let’s run down the roster of what’s been released from “Break Point”:

– Episode 1: Nick Kyrgios (withdrew before the tournament because he needs surgery on his left knee); Thanasi Kokkinakis (lost to 35-year-old Andy Murray in the second round in a five-setter that lasted 5 hours, 45 minutes and ended at 4:05 a.m. on Friday)

– Episode 2: Matteo Berrettini (lost to Murray in the first round in a five-setter that lasted 4 hours, 49 minutes); Ajla Tomljanovic (withdrew before the tournament because of an injured knee)

– Episode 4: Ons Jabeur (lost to Marketa Vondrousova in the second round in a three-setter); Paula Badosa (withdrew before the tournament with an injured thigh)

– Episode 5: Auger-Aliassime (plays Jiri Lehecka in the fourth round Sunday); Casper Ruud (lost to Jenson Brooksby in the second round)

Yes, one of these is not like the others.