The worm has turned on Biden in Washington 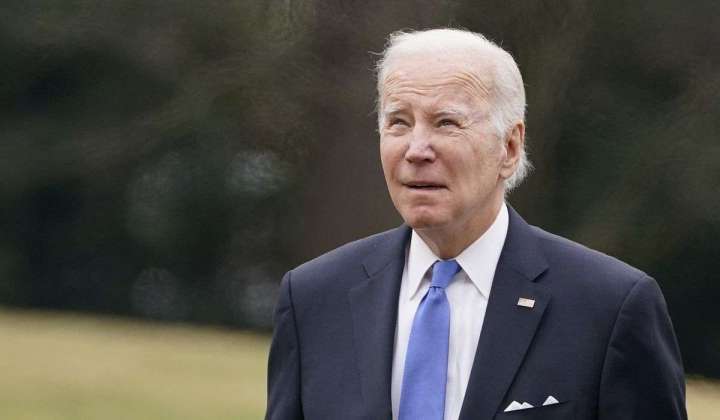 After two years of unending disasters from this administration, misplaced government papers are going to be the downfall of President Biden.

Two months ago, Mr. Biden was riding high and appeared to be cruising to become the Democrats’ nominee for 2024. Somehow, the Old Geezer had averted slaughter at the polls for Democrats in the midterm elections, and they were quick to rally around him.

The day after the election, Mr. Biden offered a rare press conference where he turned in one of his most impressive performances since he first became a politician over half a century ago. He was coherent. He appeared to know where he was. He knew that he was president. He recognized people around him. Answered questions somewhat cogently. Never offered to shake hands with apparitions on stage.

Not once in over an hour did White House press handlers have to dispatch the Easter Bunny to rescue him.

It was a miracle of modern medicine. Whatever doctors had pumped Mr. Biden up with was some kind of potion from the Fountain of Youth that we innocent citizens do not have access to. It was some kind of magic, political Viagra.

Whatever it was, they should put it in the water supply for the rest of us.

On second thought, if it were Viagra, it would probably be wise to keep it away from anyone in the Biden family. Can you imagine?

Anyhoo, that was back on Nov. 9. Two and a half months ago. Today, Democrats and the media (not to repeat myself) are back to talking openly about Mr. Biden’s doomed political future.

He has gone from putting together his reelection team to plotting how he survives the next two years of his presidency. Again, all over misplaced government documents — the most insidery of insider political scandals.

Mr. Biden has lost the media. He has lost the FBI. He has lost leading Democrat politicians in Congress. And now, according to a leading conspiracy website known as “The New York Times,” he has lost his own chief of staff, Ron Klain.

To be fair to Mr. Klain, if he has any hope of cashing in on the Biden presidency, it appears he needs to hurry. The window on his ability to sell access to the Biden administration appears to be closing.

It’s all a fairly extraordinary turn of political fortunes in a remarkably short period of time.

To put it into perspective, consider all the Biden scandals these people have toughed out with “the Big Guy.”

A full year before the election, the FBI got Hunter Biden’s abandoned laptop that provided enough obvious concrete evidence of massive corruption around the world that would put most people in jail for a very long time. The FBI covered it up and attacked anyone who talked about it.

The media, meanwhile, worked in concert with the FBI to silence anyone who tried reporting on the obvious, provable corruption. Democrat politicians and government officials smeared honest reporters as pushing “conspiracies” and “Russian disinformation.”

At the same time, these very same people knowingly peddled actual “Russian disinformation” and actual “conspiracies” that they knew were false in order to destroy Mr. Biden’s political opponents.

All that was before Mr. Biden even got into the White House.

Since then, he has single-handedly wrecked the southern border, destroyed U.S. energy production, lost a war in Afghanistan, armed the Taliban with $80 billion in American materiel and spent even more on a new war with Russia in Eastern Europe. Any one of these disasters would have gotten Mr. Biden’s predecessor impeached.

In addition, he and his party have overseen the largest spike in grocery prices ever, double-digit jumps in violent crime, and gasoline prices that reached historic highs.

The political press, the FBI, government stooges, Democratic politicians and Mr. Klain all happily hung with Mr. Biden through all this misery and mayhem. But misplaced government documents? That’s a bridge too far for these people.

Something else is going on here, and it sure will be fun to watch it all trickle out now that the swamp has turned on Sloppy Joe.

• Charles Hurt is the opinion editor at The Washington Times.