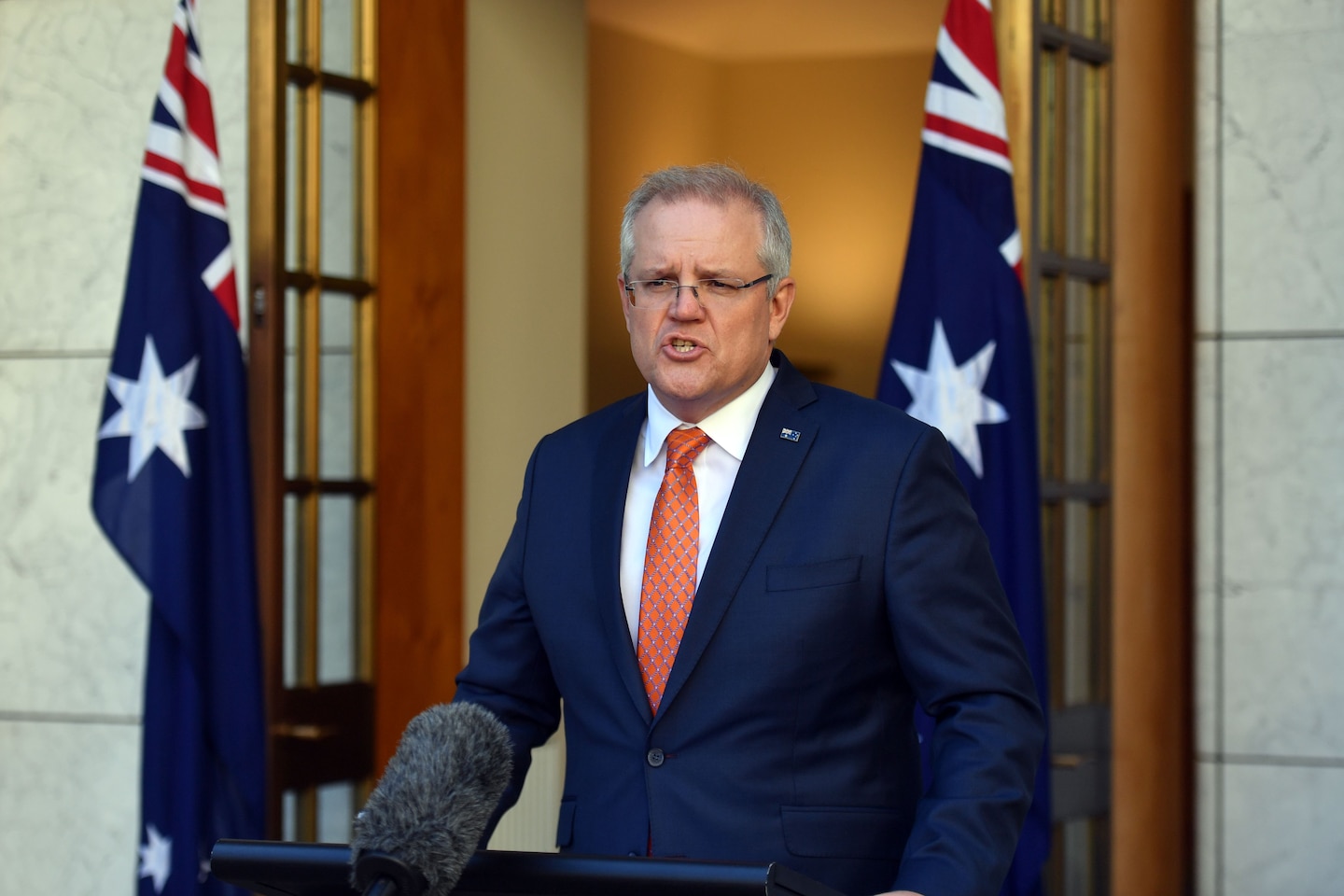 The developments came as several Western governments signaled that they were taking a more coordinated tack a week after China introduced a security law to punish what it considers terrorist, separatist and subversive behavior in Hong Kong. Several foreign ministers from the Five Eyes intelligence-sharing group — the United States, Canada, Britain, Australia and New Zealand — publicly disclosed Thursday morning that members of the alliance had held a conference call to discuss Hong Kong.

“As a result of changes that have occurred in Hong Kong, there will be citizens of Hong Kong who may be looking to move elsewhere, to start a new life somewhere else, to take their skills, their businesses . . . and seek that opportunity elsewhere,” Morrison said at a news conference as he declared Australia to be “a great immigration nation.”

China, which has been increasingly wary of what it considers a U.S.-led effort to sabotage its global rise, accused Australia of interfering in Hong Kong’s affairs and warned of possible retaliation. The Morrison government risked “lifting a rock only to hit its own feet,” the Chinese Embassy in Canberra said in a harshly worded statement.

Western countries have condemned China’s new security law for Hong Kong as a violation of the agreement under which the city was handed over. Beijing had promised to safeguard the financial center’s political freedoms and a high degree of autonomy until 2047. The security law sharply curtails political freedoms and applies globally, which legal experts have said could expose a citizen of any jurisdiction with an extradition treaty with Hong Kong to prosecution in China if the person promotes causes such as Hong Kong independence or publicly criticizes the ruling Communist Party.

Mainland Chinese security agencies also opened a new office in a bustling Hong Kong commercial district on Wednesday to carry out their new duties under the law.

That has raised the risk of Hong Kongers and foreigners alike running afoul of Chinese law enforcement. In its updated travel advisory Thursday, the Australian government told its citizens they “could be deported or face possible transfer to mainland China for prosecution under mainland law.”

The Beijing government, for its part, has warned that it will wield the law to extinguish Hong Kong’s protest movement, which Beijing says is fanned by Western nonprofit groups and media outlets. Those Western organizations “should be frightened” upon the inauguration of the new national security office in Hong Kong staffed by mainland officials, according to a headline in the state-run Global Times this week.

Under Morrison’s measures, Australia will extend temporary visas for Hong Kongers in the country and offer similar measures for future applicants, allowing them to stay for an additional five years and start out on a path to permanent residency. Notably, he offered incentives to businesses in Hong Kong to relocate to Australia, saying the country would welcome talented and entrepreneurial people who could generate jobs.

Australia’s actions followed Britain’s move to provide residency and a path to citizenship for almost 3 million Hong Kongers born before the city’s 1997 handover to China who are eligible for a special passport. Canada last week also suspended its extradition treaty with Hong Kong after China introduced the security law.

Canada has accused China of arbitrarily detaining two of its citizens in retaliation for Canada’s seizing Meng Wanzhou, a senior executive of the Chinese tech company Huawei, during a layover in Vancouver at the behest of the United States, which is seeking her extradition on fraud charges.