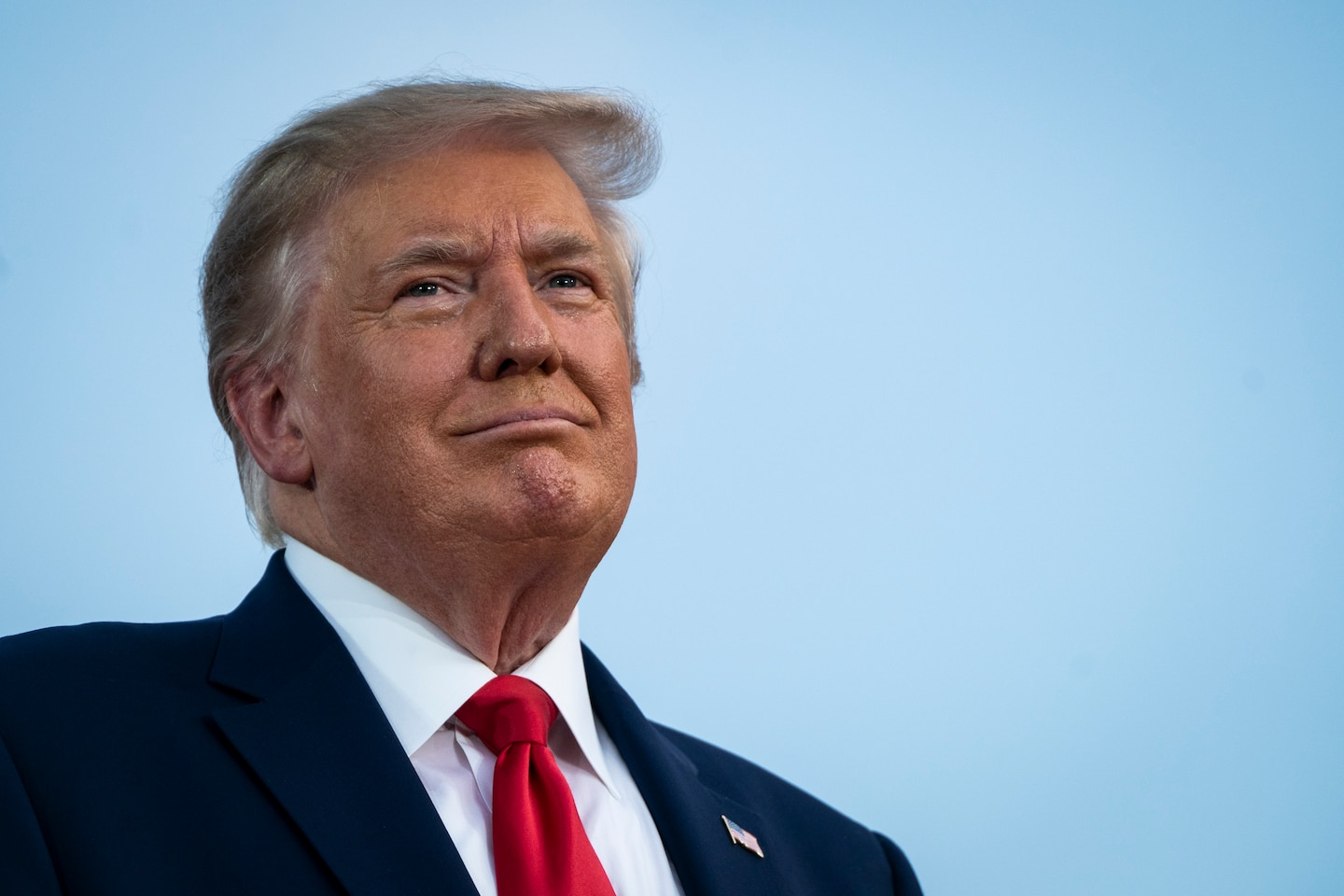 As Congress begins to take up the next stimulus package, congressional Republicans and White House officials are weighing proposals to drop that number below $75,000, according to four people aware of internal discussions who spoke on the condition of anonymity to discuss private deliberations. The exact number they will seek is unclear, as talks are fluid. One person cautioned that Republicans may ultimately revive the original proposal because of the difficult administrative challenges created by trying to narrowly target the checks.

At two events this week, Senate Majority Leader Mitch McConnell (R-Ky.) said the payments should be sent out primarily to help those earning under $40,000, but it was not clear whether he was suggesting that would be the new cap. An aide to McConnell declined to comment. Several Senate Republicans have expressed opposition to sending out another round of checks altogether, while others, including Sen. Thom Tillis (R-N.C.), have said they would support doing so if targeted for “the people who are hurting the most.”

“The people that I think have been hit the hardest during this whole episode have been people making $40,000 a year or less. Many of them work in the hospitality business, hotels, restaurants — we’re going to be acutely aware of that particular segment of our population going into this next package that we’ll be putting together in the next few weeks,” McConnell said Wednesday in Winchester, Ky.

McConnell added, “These folks who’ve been in the hospitality field who’ve been hit so hard — I think those direct checks were particularly significant for them.”

The move to limit the scope of the stimulus payments comes as Republican leadership seeks to balance pressure from conservatives to restrain spending in the next bill with the pressing economic and health needs throughout the country still in the grip of the pandemic.

Numerous conservatives in both Congress and the White House have expressed concern that they have already spent too much taxpayer money fighting the virus. Lawmakers so far have already thrown more than $3 trillion at the pandemic response. Earlier this week, a top aide to Vice President Pence told Bloomberg News that the administration is aiming to limit spending on the package to $1 trillion. That is similar to the target sought by McConnell.

Asked about a potential $40,000 income cutoff for the checks on Thursday, Treasury Secretary Steven Mnuchin declined to comment on the specifics of ongoing negotiations with congressional lawmakers. But the treasury secretary confirmed that GOP lawmakers are trying to figure out how to structure another round of stimulus payments.

“We can get that into hard-working Americans’ bank accounts very quickly. The level and the criteria, we’ll be discussing with the Senate,” Mnuchin told CNBC.

Keeping the cost of the legislation below $1 trillion could prove very difficult, congressional aides of both parties say. President Trump, who faces political pressure to stabilize the economy months ahead of his reelection bid, has demonstrated little concern about the growing budget deficit. One of Trump’s top economic aides, Peter Navarro, said only a few weeks ago that the president wants the package to cost $2 trillion. House Democrats approved legislation costing more than $3 trillion, and Mnuchin, the president’s point person in negotiations with Congress, has thus far agreed to large bipartisan spending deals.

And restricting the extent of the aid could prove unpopular during a national emergency. Limiting the next round of stimulus checks to those earning under $40,000, for instance, would save lawmakers about $200 billion compared with the first round of checks, according to Ernie Tedeschi, who served as an economist in the Obama administration. It would also mean that 20 million middle-class Americans would not receive the financial lifeline.

The plan to scale back the benefit poses another challenge because the Treasury Department bases eligibility for the checks off taxpayers’ 2019 income statements. Americans who earned more than $40,000 last year but have seen their incomes drop dramatically or disappear since then would not receive a stimulus check, despite their suffering, if the new threshold is adopted.

At least 4 million private-sector workers have seen pay cuts during the pandemic, according to a previous Washington Post analysis, and many of them are likely to slip below the income threshold. The unemployment rate initially jumped to nearly 15 percent in April, up from 3.5 percent in February. In June, it was 11 percent.

One Republican tax expert, who spoke on the condition of anonymity to discuss private deliberations, predicted the GOP would probably back off plans to curb the payments because of the administrative hurdles in effectively targeting the funding. The GOP will also face political pressure not to curb stimulus payments during an election year for middle-class households.

“To the extent they make it a lower income cutoff than the last time, it will hurt more people,” said Dorothy Brown, a tax expert and professor at Emory University School of Law, who noted that many Americans will face the lifting of eviction moratorium. “This will have drastic human consequences.”

Republican lawmakers have been divided on whether to send out another round of checks at all. Trump, Mnuchin and some Senate Republicans have expressed support for another round, believing they offer both political and economic upside. Some senior White House officials remain skeptical and believe many Americans will simply pocket the money rather than spend it in the economy — a view shared by some economists. Sens. Mike Rounds (S.D.) and Mitt Romney (Utah) are among the Senate Republicans who have expressed opposition to the idea.

The lower income threshold could represent a compromise between the camps, although it would require Democratic support. House Speaker Nancy Pelosi (D-Calif.) approved legislation that included another round of $1,200 stimulus checks, as well as $1,200 per child. (The original round of stimulus checks provided only $500 per child.) Some more-liberal congressional Democrats have called for providing every American with a $2,000 check every month until the pandemic abates.

But leading congressional Democrats are primarily focused on pushing for an extension of the $600-per-week increase in unemployment benefits approved by Congress in March and set to expire at the end of this month. Jared Bernstein, who served as an adviser to presumptive Democratic presidential nominee Joe Biden, said he would support cutting the threshold from $75,000 a year to $60,000 — around the national median income.

“What’s essential is getting that sort of help out the door quickly. But I’d be careful not to set the bar too low,” Bernstein said.