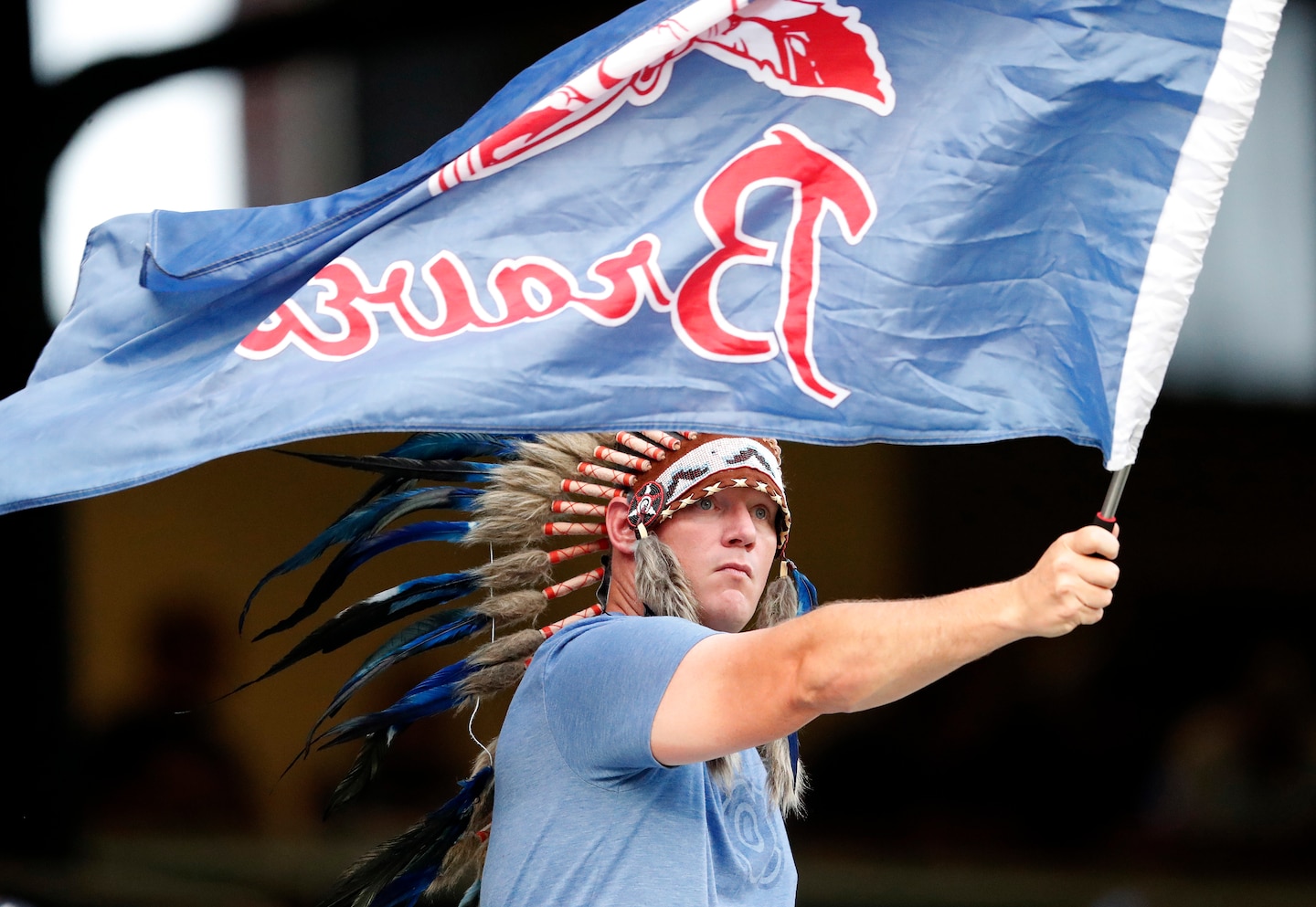 “We believe if the name of the worst offender goes away, then the others will follow suit,” Pata told the authors.

When the Washington Redskins announced last Friday under pressure from major sponsors that they will conduct a “thorough review” of their name, it served as a watershed moment for the franchise. It may also have major ripple effects throughout professional sports, where a handful of teams employ Native American mascots that, while not as blatantly derogatory as a name regarded as a slur, many believe either denigrate Native Americans or lead to denigrating images or behavior.

Is Washington’s imminent name change a singular spasm or the earthquake that leads to a series of tremors? One major development supports the latter. Last Friday night, less than 12 hours after Washington’s declaration, the Cleveland Indians announced the franchise would “determine the best path forward” with its 105-year-old name.

It could be unthinkable for teams like the Atlanta Braves, Chicago Blackhawks and Kansas City Chiefs to do away with names long embedded into their histories. But before the racial reckoning of this spring and summer sparked by the death of George Floyd in police custody, Washington making a change would have been unthinkable, too.

“When you really look at what the Washington team name has signified, it is one of the most blatant examples of institutionalized racism in popular culture that has been allowed to stand for decades,” IllumiNative CEO Crystal Echo Hawk said. “As we saw all the events accelerate over the last few weeks, and we when started to see those big brands deciding to retire — from Aunt Jemima, to Uncle Ben’s to Eskimo Pies and down the line — it opened up a whole other level of conversation about the power of racialized brands and imagery and symbols.

“It’s a big part of the conversation we’re having in this country, and the harm they cause. And so this was the natural inclination — that this is the biggest. And we think the league and the team doing the right thing and eradicating all of it, we think this is going to set off a chain reaction.”

At lower levels of sports, it has happened before. Change begets change. In the 1990s, a cascade of college athletic departments moved away from Native American names. In 2015, California passed a law prohibiting high schools from using “Redskins” as a team name. The decree had a downstream effect — many schools that used other names with a connection to Native Americans switched, too. Supporters of changing Native mascots are hopeful Washington could have a similar, even larger impact.

“It’s like taking out a general in a war,” said Louis Gray, a member of the Osage Nation and former president of the Tulsa Indian Coalition Against Racism. “When you take out the main proponent of institutional racism off the field, you give yourself a better chance. I just think the bow is about ready to break. All of this stuff is so obviously wrong, but it’s institutionalized so people believe that this is the way things are.”

In the immediate aftermath of Washington announcing it will review its name, the Cleveland Indians are the only major professional sports franchise to indicate it could follow Washington’s lead. In a statement, the Braves emphasized their commitment to Native Americans and said they have been in recent discussions with tribes about how to support them.

The Kansas City Chiefs declined to comment through a spokesman.

The Chicago Blackhawks did not reply to a request for comment, but in a statement sent to the Chicago Sun-Times, a team spokesman said the team would be keeping its name and logo. The Blackhawks were named after Black Hawk of Illinois’ Sac & Fox Nation, the spokesman told the paper, and the franchise offers “ongoing reverent examples of Native American culture, traditions and contributions, providing a platform for genuine dialogue with local and national Native American groups.”

Billings, the “Mascot Nation” co-author, believes the best catalyst for a wave of changes would be a name like the Indians. If Washington changes its name, other franchises with Native American mascots can point to the overt nature of the name as a differentiator. If the Indians change, it would set a different kind of precedent for a professional sports franchise that employs a Native name.

“Right now, Washington’s case makes it seem like everyone else in comparison might be okay,” Billings said. “It’s like the guy who’s had five drinks at the bar and sees the person who’s had eight and says, ‘At least I’m not that person.’ ”

Chiefs, Blackhawks, Braves and Indians may not be as fervently denounced as Washington’s name. But those names clear a path for images and rituals that can offend and dehumanize. The Braves blare a faux chant at Truist Park that encourages fans to perform the Tomahawk Chop, and the team is currently discussing that practice, according to a report by The Athletic. The team could stop playing the chant, but removing all Native iconography would be a surer way to prevent fans from chopping.

“The images and rituals fall once you change the name,” Billings said.

The Indians have mothballed Chief Wahoo, a smiling, red-faced caricature with a feather on its head, although many fans still embrace it.

The Chiefs have not indicated any move from iconography associated with their name. On game days they invite a well-known fan or former Chiefs player to bang an enormous drum to fire up fans. The crowd frequently chops in the same manner as Braves fans. Last season, Chiefs President Mark Donovan told the Kansas City Star that the “Arrowhead Chop” is a “really important” part of fans’ game day experience.

“The Washington team name is defined in the dictionary as a racial slur,” Oneida Indian Nation Representative Ray Halbritter said. “These other team names are not racial slurs, but they can be handled in a way that is not necessarily always respectful to Native America and the cultures to which they’re appropriating.”

“Any team name or image that evokes Native people emboldens disrespectful fans to continue to paint their faces, don headdresses and act out faux-Native performances,” Gover and Lomax wrote.

Any name change would raise opposition from segments of a fan base. For fans, team names are tied to identity and nostalgia. But in studying college teams whose names changed, Billings found upset fans moved on more easily than expected. The enjoyment of attending games and following the team hardly diminished, if at all. It wasn’t the name all along.

“The perceived loss some of these people have doesn’t seem to bear out,” Billings said. “I think people are worried about if something is working for them, they don’t want to change it. But what’s working for them is rarely the name itself.”

The changes at the professional level could have a trickle-down impact on colleges and high schools, too. David Glass, who runs the National Coalition Against Racism in Sports and Media, said he has fielded more than a dozen calls since the Redskins’ announcement last Friday from people wanting to advocate for name changes at their own schools.

Echo Hawk is from Tulsa, where Union High’s teams are named the Redskins. In her view, supporters have been resolute in keeping the name, but she has seen momentum in a conversation about changing it in the days since Washington’s announcement. She viewed the example as a bellwether of what Washington’s anticipated change could mean elsewhere.

Sam Fortier contributed to this report.