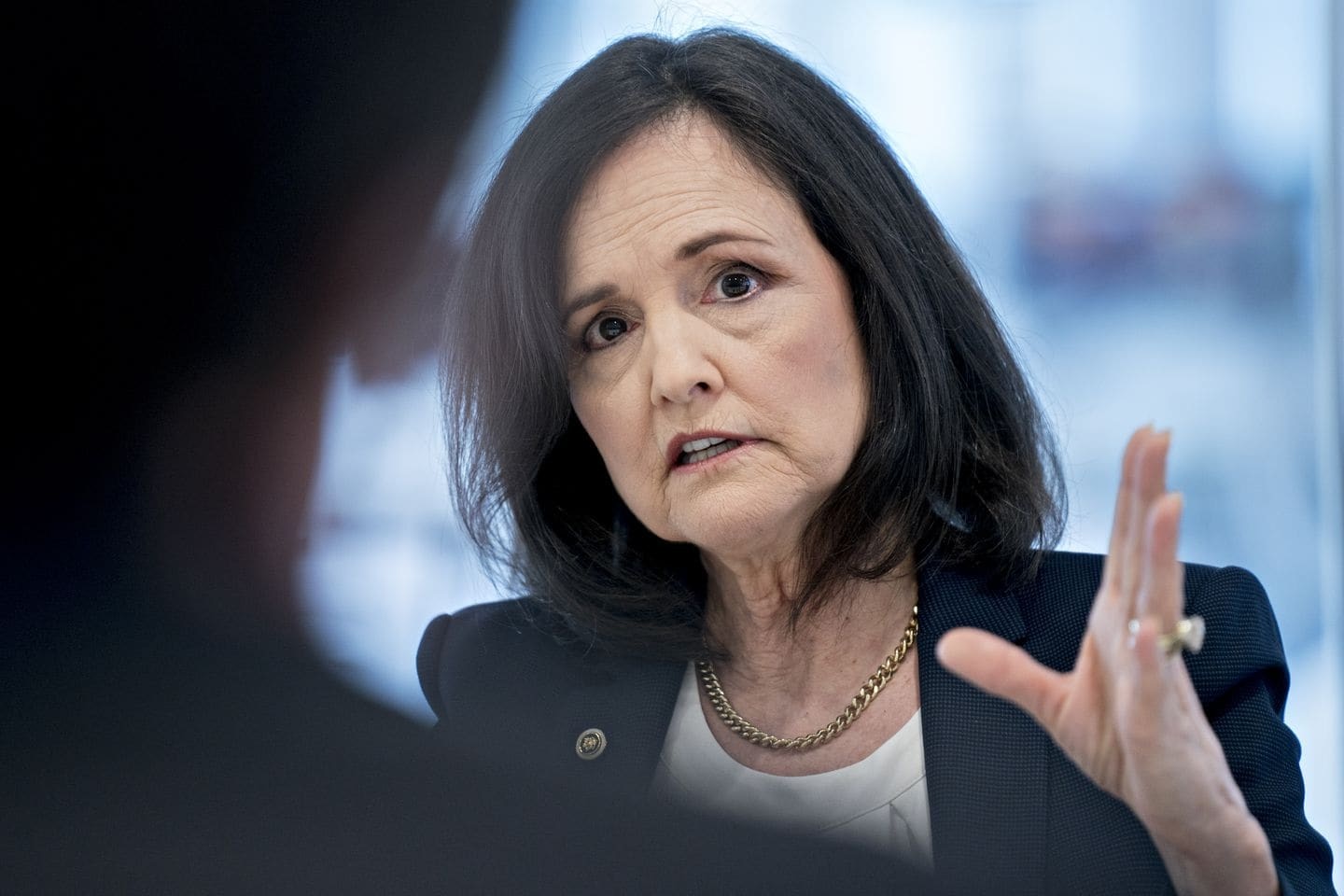 The committee on Friday announced that a vote on Shelton’s nomination will take place July 21. Democrats swiftly criticized the move and are calling for another hearing. It is unclear whether she has enough support on the Senate Banking Committee to advancer her nomination to the full Senate. Pushback by one Republican on the panel could thwart a simple majority and derail the nomination.

In a letter to Banking Committee Chairman Mike Crapo (R-Idaho), all 12 Democrats on the panel called for another hearing “to make sure that members of the Federal Reserve can take on the challenges of an economic crisis capably and independently.”

“We are now in an economic crisis worse than the one Dr. Shelton was asked about at her confirmation hearing,” the senators wrote. “Based on her answers at the hearing, we are deeply concerned that the situation we are in today would have been worse if Dr. Shelton were already sitting on the Board of Governors.”

In February, Republican senators said they were undecided about giving Shelton one of the two open seats on the Fed’s seven-seat board. After a confirmation hearing that month, Sen. Patrick J. Toomey (Pa.) and Sen. Richard C. Shelby (Ala.), among the top Republicans on the Banking Committee, told reporters that they had concerns about Shelton’s views.

Toomey said he didn’t know whether Shelton could uphold the central bank’s independence, though he later said he would support her. Shelby has said Shelton “could be an outlier” for the role.

That was before the coronavirus pandemic effectively shut down the U.S. economy, putting the Fed under intense pressure to blunt the impacts of a devastating economic contraction. In March, the Fed slashed interest rates to zero and quickly moved to flood the markets with liquidity and roll out emergency lending programs.

Roberto Perli, a former Fed official and founding partner and head of global policy at Cornerstone Macro, said the nomination of Shelton was politically motivated. If confirmed as a Fed governor, Shelton wouldn’t have much power to sway the thinking of the entire board.

But there is speculation that if Trump is reelected in November, he could tap Shelton to replace the current chair, Jerome H. Powell, who has often been a target of Trump’s attacks.

The Fed has tried to avoid politics and focus on steering the country out of the current crisis. However, Fed leaders, including Powell, have said that the economic recovery will depend more on containing the coronavirus, a message that is often at odds with the views of White House officials who say the economy is heading back on track, even as the novel coronavirus continues to spread.

Now, Shelton’s nomination could put a spotlight on the political turmoil surrounding economic policy. Shelton has spoken out against the Fed in the past and argued that the country should return to something similar to the long-abandoned gold standard. She has also called for closer ties between the central bank and the White House. Before the recession, Trump often criticized the Fed chief as not doing enough to stimulate the economy, though Trump has more recently dubbed Powell his “most improved player.”

For years, Shelton has been one of the leading proponents of linking the U.S. dollar to gold, silver or another clear benchmark so that its value fluctuates less. The nation began to abandon the gold standard in the 1930s and fully exited it in 1971.

“Let’s go back to the gold standard,” Shelton wrote in a 2009 op-ed in the Wall Street Journal. “Under a gold standard, if people think the paper money printed by government is losing value, they have the right to switch to gold.”

The Banking Committee also will vote on the nomination of Christopher J. Waller, a St. Louis Fed economist, whose nomination by President Trump has been far less controversial.

The Fed board has been operating with two empty seats since Trump’s other picks failed to gain support. Herman Cain, a businessman who sought the Republican presidential nomination in 2012, and conservative economist Stephen Moore, withdrew their nominations after coming under criticism over a series of personal incidents.

Heather Long contributed to this report.