What would Frederick Douglass think of the killing of 11-year-old Davon McNeal? 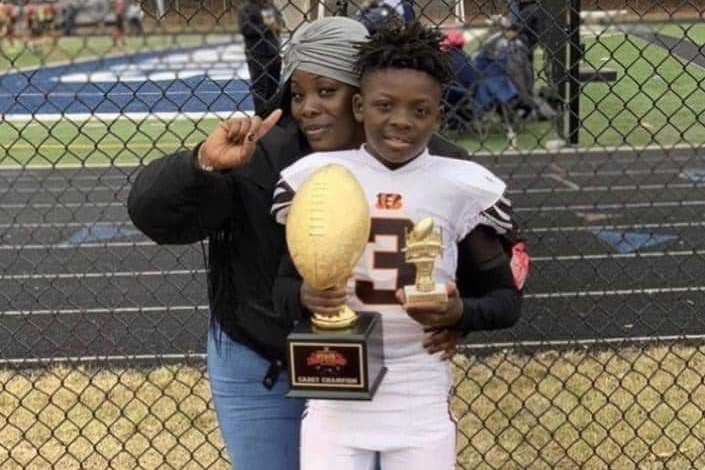 The scene where the gunfire erupted was, indeed, all wrong for young Davon or anyone else. So, too, is getting caught in the path of a bullet like the one that struck Davon in the head.

Davon, however, was where he was supposed to be — with his mom, Crystal McNeal, at a neighborhood July 4 cookout that she had organized. What could be wrong with that?

Near the end of the event, Davon was headed to a relative’s house to get ear buds and a charger for his phone. Nothing wrong about that.

But plenty of other wrongs occurred that night.

It was wrong for five men to start shooting guns in the street and then flee in a black sedan down an alley. Wrong that Davon’s mother had to hear gunshots and see her son fall. Wrong that she was left holding his dying body in her arms as fireworks were lighting up the skies over the Mall. Wrong for a young life to end on the nation’s birthday.

Cedar Street SE is situated next to the Frederick Douglass National Historic Site, which preserves the landscape and home of Frederick Douglass. The 1400 block, where Davon was shot, was quiet when I arrived Monday morning. Police no longer searched the ground for shell casings. There was no sign of the crime-scene tape strung up after the Saturday night shooting. Three or four youths were quietly talking down the street. A private security vehicle was parked on the block near the Frederick Douglass Garden Apartments.

Cedar Street, named after Cedar Hill, where Douglass died on Feb. 20, 1895, marks the border of the land that Douglass purchased in 1877, in defiance of laws prohibiting the purchase of property in the area by African Americans.

Douglass’s stately home, which sits high on a knoll, is where he spent the last 17 years of his life.

Were Frederick Douglass at home on July 4, he would have heard the gunshots and the sounds of Davon’s wailing family.

What would the great abolitionist and lawman think of the murder that occurred next door? (Yes, lawman. In 1877, President Rutherford B. Hayes appointed Douglass as U.S. marshal for the District of Columbia — making Douglass the first African American to hold that position.)

Douglass was no stranger to violence. He saw and experienced it himself. Violence against slaves was like the air: always there.

Young Frederick Douglass grew up around black men and women bearing physical scars from whippings, beatings and brandings. He knew, both as a slave and later as an escapee from bondage, what it was like to live under a reign of terror.

But what would Douglass think of Davon’s death, along with those of the other six people killed in our nation’s capital in the first four days of July?

Before Davon, there was 11-year-old Karon Brown, who was slated to attend Kramer Middle School, where Davon was enrolled. He, like Davon, loved playing football. The yellow football helmet that Karon wore for his team’s games was tucked inside his casket.

And Karon’s killing took place almost a year to the day after 10-year-old Makiyah Wilson, his friend and schoolmate, was heading to an ice cream truck when she was hit in the chest by one of several shots fired indiscriminately into a crowd by two men in black masks.

We ended 2019 with a decade-high number of homicides. With 94 people killed in the city thus far this year, we are on pace to top last year’s 166 killings.

Yes, the novel coronavirus is crippling the country. Yes, there are Black Lives Matter protests. And, yes, there are those “race and reckoning” stories being churned out nonstop by a guilt-stricken, algorithm-driven media.

But there are people in this city shattered by crime who don’t make the front page or lead the nightly news. Hundreds of children who are trying to cope with the trauma and pain of growing up in violence-filled neighborhoods. Girls and boys who put on brave faces but are scared to death of going to and from school or out to play where crime has taken hold and won’t go away.

I devoted columns to Karon and Makiyah, as I am today with Davon, and as I have to others over the years. And I anticipate the usual email taunts about black-on-black crime and studied indifference in official circles that could make a difference.

Yet with no Frederick Douglasses — and an outpouring of family, community, religious and political leaders — to take up their cause, to embrace, protect and guide them on a discernible path to adulthood, where is the right place, and when is the right time, for our Karons, Makiyahs and Davons?