Carolyn Hax: The casualties of a family at war 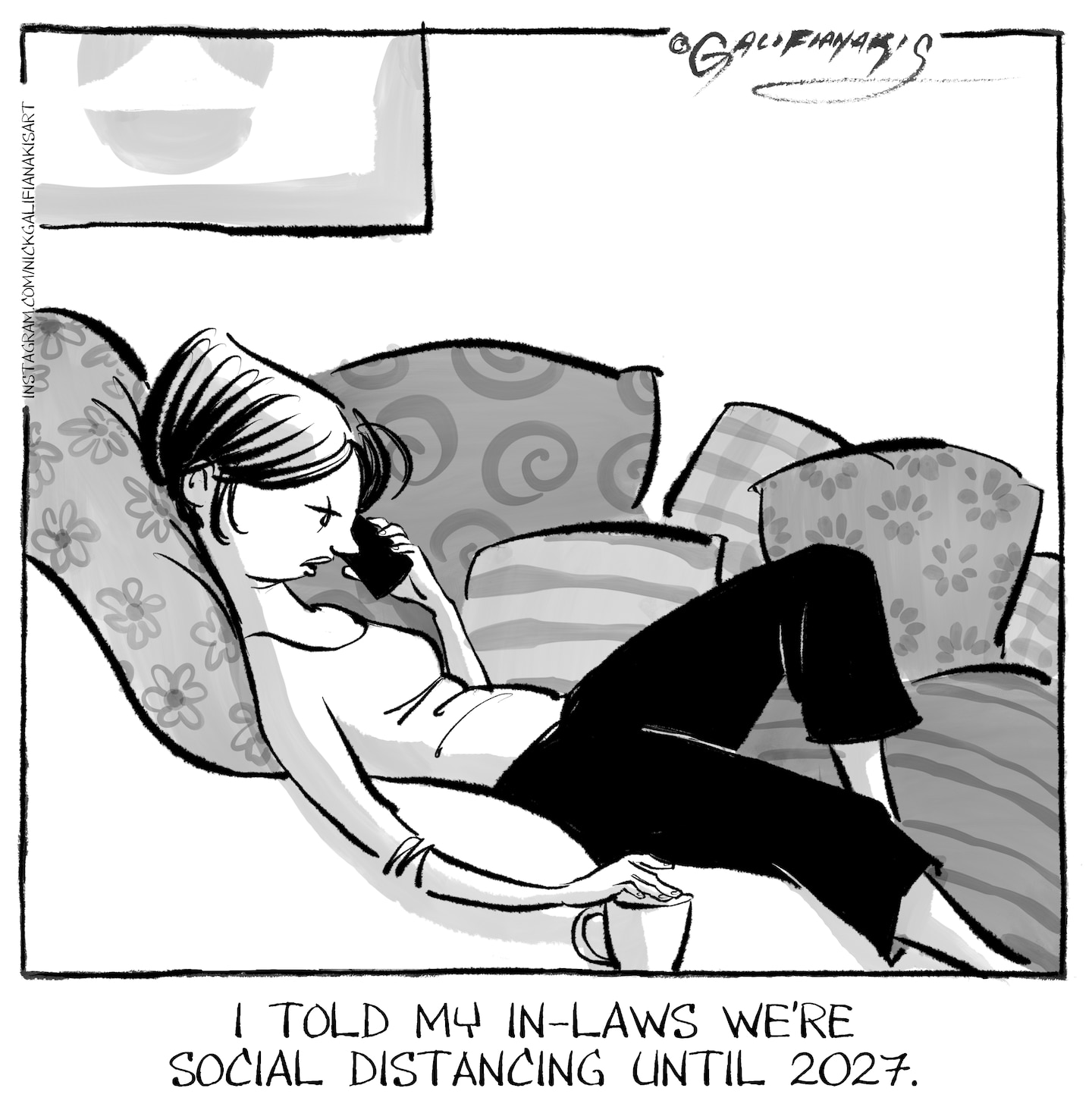 My husband’s sister and father have butted heads with me the most. She has come between my husband and me on several occasions. I caught her best friend sleeping with him about three years into our relationship — which of course I blame him for the most. When I found out, he left me for her. It lasted for months. I was in a very dark place. About a year later we worked things out, got back together and got married. We have one son and another on the way.

While I was pregnant, my sister-in-law invited us to a party where her friend, the one who slept with my husband, would also be. My husband and I both refused to go, and she threw a tantrum. I set her straight. I told her I would never feel comfortable around this woman and I do not want her anywhere near my husband or my family ever. She said she was sorry and understood.

This Mother’s Day my in-laws and I planned a barbecue at their house. When I showed up, this girl was there. I left. My sister-in-law never apologized. A few days went by, and I decided to text the sister-in-law and I didn’t hold back how I felt. It wasn’t the nicest text and I do not feel bad about it.

Now I am at war with the family because I stood up for myself. I do not want my sister-in-law to be a part of my children’s life. She has no respect for me or my marriage, and I do not want any more problems or for her to have a bad influence on my children.

My husband disagrees and wants her to be a big part of my kids’ lives. What do I do? I am on the verge of asking for a divorce to keep my sanity.

R.: You’re “at war” with the family not because “I stood up for myself,” but because you did by nasty text what mature people handle civilly and in person.

In doing so, you not only escalated a problem you’d previously managed, but also handed the family confirmation of whatever bad impressions they’ve had of you over the years.

It’s important to stand up to bullying. No argument there. It’s your methods that are so problematic — and possibly your readiness to see bullying where there might have been another explanation? This is the sister’s best friend and your husband’s ex, so full erasure likely isn’t possible even if it were desirable, which I’m not sure it is, because an unspoken adult “You don’t scare me anymore, Honey” is always the winning play.

To wit, some responses that hold the high ground:

1. Walk into barbecue, see the best friend, calmly say hello. If she doesn’t leave fairly soon, then tell your husband or sister-in-law or the friend herself that you’re not comfortable with her there. Afterward, to the sister, also calmly: “I thought we’d settled this,” and let her explain. One stand taken, zero casualties.

2. If you’re still riled up after a few days, then text the sister, “Still thinking about this weekend. Are you free to meet?” Know beforehand what you’re asking and why.

3. Or, talk to your husband about what happened, how to handle it, who says what to the sister and when, and how you’ll respond next time — and make a plan you can stick to.

This isn’t to say calm-and-civil-robot is the only acceptable emotional gear. Sometimes you’re going to be the pregnant lady who realizes her [smirking] sister-in-law brought the [gosh-darn] [best friend] AGAIN to the [gosh-darn] party YOU [gosh-darn] organized, and who loses her [gosh-darn] [composure].

But when you’re pushed there, you hit a crossroads: You either serve your family, priorities and dignity, starting with a clear apology for losing your [gosh-darn] [composure] and following up — your husband at your side — with a reiteration of the larger point, whatever you jointly decide that is; or you double down on your tantrum and wreck it all, four kids’ home included.

At which point it won’t be a head-butting father-in-law or a boundary-testing sister-in-law or the other-woman-friend or even your once-unfaithful now-husband “com[ing] between us” or showing “no respect for . . . my marriage.” It’ll be you. Proving right everyone who saw you as your husband’s bad idea.

Stop trying to “win” and prove yourself right. Instead: Breathe. Picture the outcome you want, think what’s fair for you and your husband to ask of yourselves and each other — then talk your marriage to that. In counseling if possible. Do nothing lightly or in pique.

N.C. newspaper continues coverage in the dark after substation attack

Miss Manners: Can I tell visiting relatives they’re in the way?