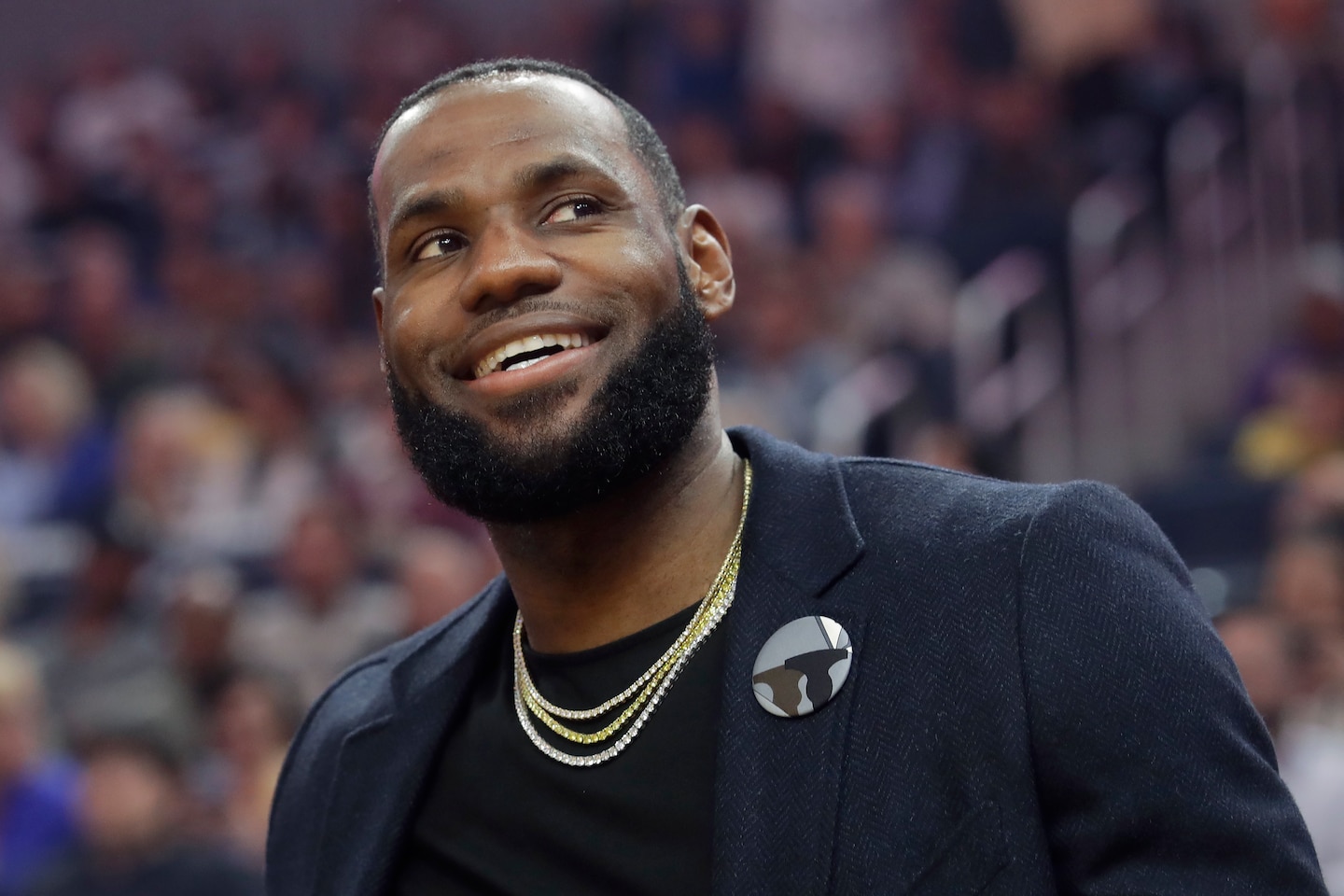 “I actually didn’t go with a name on the back of my jersey,” James told reporters. “It’s no disrespect to the list that was handed out to all the players. I commend anyone that decides to put something on the back of their jersey. It’s just something that didn’t really seriously resonate with my mission, with my goal.”

The NBA is set to have “Black Lives Matter” painted on the sidelines of its courts at the ESPN Wide World of Sports Complex outside Orlando, and it will reportedly give players the option to add one of 29 social justice messages to replace their surname on the back of their jerseys.

Wearing a hat with the words “I am more than an athlete” on it, James said he had no input on the latter concept.

“I would have loved to have a say-so on what would have went on the back of my jersey,” James said. “I had a couple things in mind, but I wasn’t part of that process, which is okay. I’m absolutely okay with that. … Everything that I do has a purpose, has a meaning, so I don’t need to have something on the back of my jersey for people to understand my mission or know what I’m about and what I’m here to do.”

Another issue surrounding the NBA’s restart is the rise of novel coronavirus cases around the country, especially in Florida, which has hosted fanless events for WWE and MLS. Dozens of wrestling superstars have reportedly tested positive for the virus, and two teams have withdrawn from the MLS tournament, which began Wednesday at the same sports complex where the NBA will resume play. MLS postponed Sunday morning’s match between D.C. United and Toronto FC shortly before it was set to start because a D.C. player tested positive and a Toronto player had an inconclusive test.

Multiple NBA players have opted out of rejoining their teams because of health issues surrounding the pandemic. Despite the risks associated with the virus and the nation’s social unrest, James said he never considered sitting out.

“It never crossed my mind that we did not need to play this beautiful game of basketball that brings so many people together, that brings happiness, that brings joy,” James said. “I’m happy to have a platform where not only people will gain joy for the way I play the game, by the way our team plays the game, but for also what I’m able to do off the floor as well.”

For James, resuming play is not just an opportunity to win his fourth NBA championship but a chance to continue his efforts fighting systemic racism.

“Being able to use my platform, use the NBA’s platform, to continue to talk about what’s going on,” James said. “I will not stop until I see real change for us as black America, for African Americans, for people of color. And I also believe I can do both, though. I can bring happiness to a lot of homes with the way I play the game and the way the Lakers are going to play the game, and I will continue to push the envelope and continue to keep my foot on the gas on creating real change for us as people of color in America.”