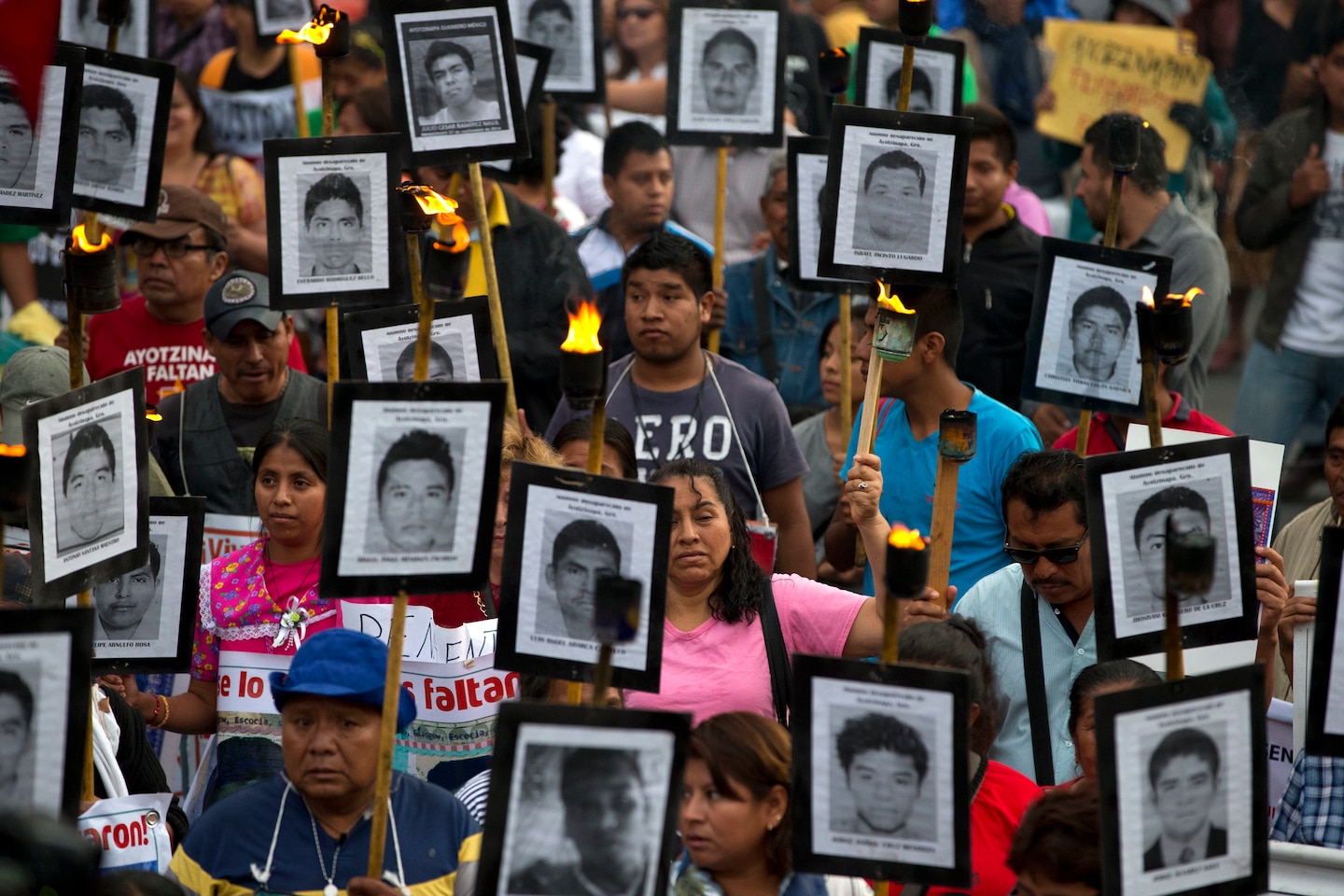 The announcement underscores the scale of a human rights crisis with echoes of the Cold War era, when tens of thousands of suspected government opponents were forcibly disappeared by U.S.-backed right-wing governments in Argentina, Chile, Guatemala and other countries.

In Mexico, the disappearances are blamed on a wider variety of culprits: organized crime gangs, police, the military or some combination of all three. The great majority of the victims have gone missing during a period of extreme violence that began in 2006, when the government launched an offensive on drug cartels. About 288,000 people have been killed since then.

López Obrador has put new emphasis on the search for the disappeared since taking office in December 2018. At that point, the official number of disappeared was 40,000. Karla Quintana, the human rights lawyer who leads the National Search Commission, has overseen the construction of a sophisticated database of the disappeared and hired a team to comb through archives and appeal to state officials for information.

“This is not just about numbers,” Quintana told a news conference Monday. “There are tens of thousands of families looking for their loved ones.” She said the database, which includes statistical information available to the public, “has to help with searches, to create public policy, to guarantee the right of every person to be sought, as an obligation of the Mexican state.”

“It is important to recognize the López Obrador administration’s commitment to establish an open and transparent database of these disappearances,” he said. “I wish they would show the same commitment to identifying those responsible for these crimes and bringing them to justice.”

Only a tiny fraction of disappearances have resulted in criminal convictions, a reflection of the weakness of Mexico’s justice system.

Authorities are still trying to solve the country’s most notorious case of disappearances. Forty-three students from the southern town of Ayotzinapa went missing in September 2014 after they were detained by police. The initial investigation by Mexican authorities was widely condemned. International legal experts and U.N. officials alleged that the investigators tortured suspects to compel them to say that a local drug gang had slain the students and burned their bodies while ignoring evidence that federal security forces might have been involved.

Despite the increased government attention, 2019 was the second-worst year on record for disappearances: 7,350 people went missing and didn’t return. That was second only to 2017, when 7,910 people went missing. Although last year’s number could reflect more complete reporting of the crimes, it was also undoubtedly linked to persistently high levels of violence around the country. Homicides hit a record in 2019, at 35,588.

Officials said they were encouraged to see a drop in the first six months of 2020 to 2,394 disappearances. They said they did not know why the decline happened. But it appeared to begin when Mexico locked down during the coronavirus pandemic. There has been little if any decline in homicides, despite the quarantine.

The new total of missing people includes cases dating back to Mexico’s “dirty war” against leftists in the 1970s and some disappearances that are undated. The figure is still believed to be an undercount; some families remain too frightened to report disappearances.

The updated figure includes 324 U.S. citizens who vanished in Mexico and weren’t found. That appeared to be by far the highest number issued by authorities in recent years.

The database does not provide public access to the identities of the missing. There have been numerous cases over the years of Americans who traveled to see relatives in Mexico and vanished, in many cases apparently due to foul play.