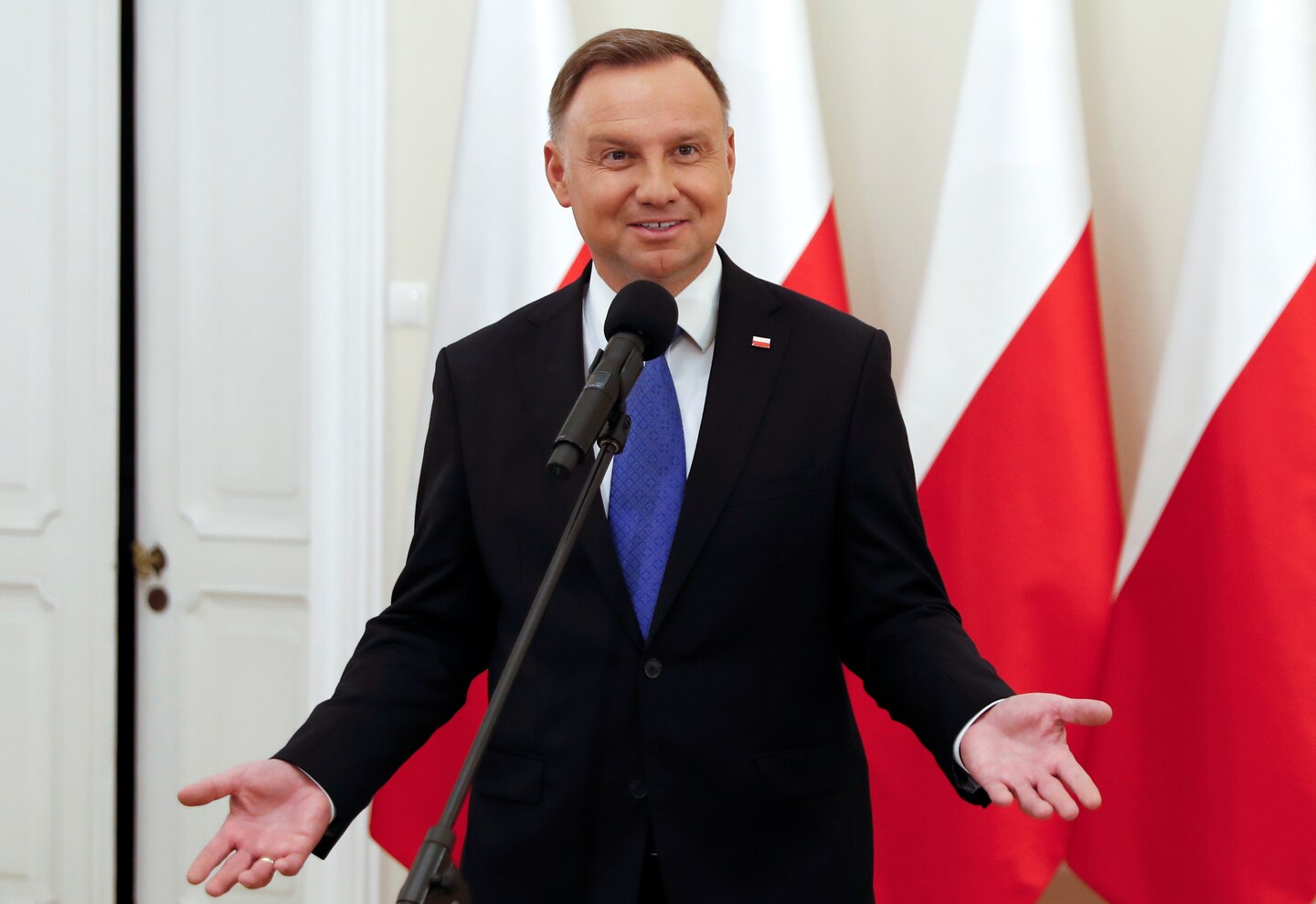 The results will likely help Poland’s ruling right-wing Law and Justice party continue its hard-line policies, including efforts to force out independent judges, which have drawn rebukes from the European Union and human rights groups over the past five years.

It is a blow to liberals and centrists who had hoped a Trzaskowski victory could bring a stunning change in Polish politics, allowing the pro-European Trzaskowski to veto laws passed by the right-wing government, which holds a majority in the lower house of Parliament. Trzaskowski, the mayor of Warsaw, has vowed to return Poland to E.U. standards on the rule of law.

An initial exit poll had seen the two candidates neck and neck, with Duda being less than one percentage point ahead of his centrist contender. The early figures gave rise to hope among Trzaskowski supporters that overseas votes could still decide the election in his favor.

Both candidates expressed optimism Sunday that they had won the election, which drew a higher turnout than any other presidential election in more than two decades.

“It shows that [Polish] democracy is vibrant,” Pawel Zerka, a policy fellow at the European Council on Foreign Relations noted after the exit polls on Sunday. “But it’s also bad news, because it shows to what extent the society is really divided into tribes or camps. It is neatly divided in half.”

Whereas Trzaskowski primarily won in Poland’s west, Duda’s campaign rallied its supporters in the more right-wing east of the country. Some votes submitted by Polish citizens via postal ballot from overseas were still missing on Monday morning and some opposition members said they were gathering details on what they called irregularities. But Duda’s widening lead on Monday dampened concerns among some analysts, who had feared a prolonged legal battle in case of a narrow election outcome.

“I don’t want to speak on behalf of the campaign staff, but I think that this difference is large enough that we have to accept the result,” former mainstream opposition leader Grzegorz Schetyna told Polish network TVN24 on Monday.

Duda came in first during the initial round of voting last month, but he failed to secure the majority he needed to avoid a runoff with Trzaskowski, whose approval ratings have jumped since he entered the race in May.

Duda, who during the campaign suggested that efforts to advance LGBT rights were worse than communism, vowed Friday to strengthen the Polish state, which he said was “built on our inviolable and sacred tradition.” Duda’s campaign sought to highlight efforts by the ruling Law and Justice party to narrow inequality by expanding social benefits, which has mainly helped poorer voters in rural areas that are right-wing strongholds.

After an at times brutal campaign in which Duda called the opposition worse than coronavirus, the incumbent called for unity in the country on Sunday night and struck a conciliatory tone, inviting Trzaskowski to the presidential palace. But in an indication for the political turmoil that may lie ahead, Trzaskowski declined the offer, saying the appropriate time for a meeting was after the announcement of official results.