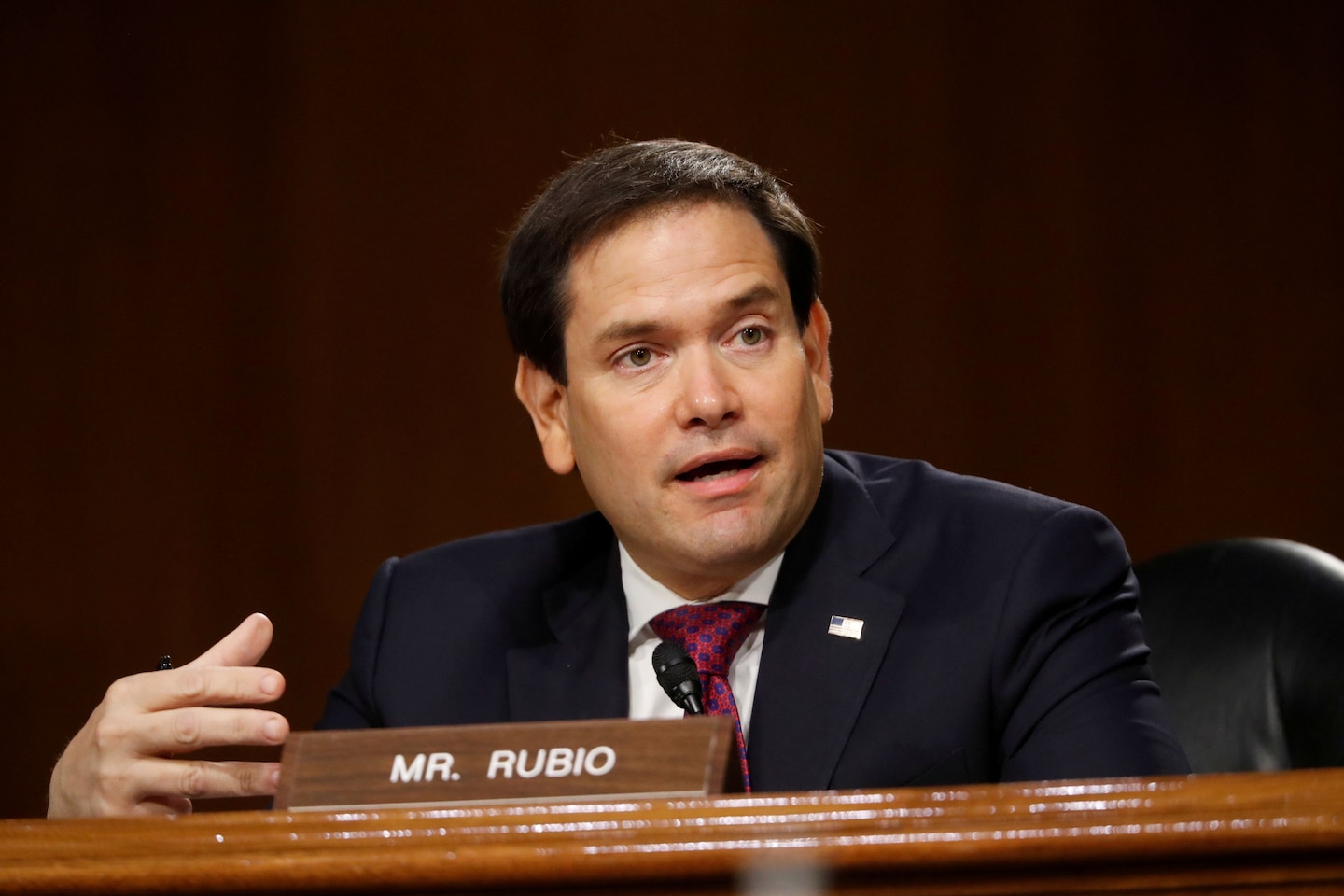 The measures expand the tit-for-tat hostilities between Beijing and Washington, which already encompass trade, technology and media freedoms, into a new sphere.

“Xinjiang affairs are China’s internal affairs and the U.S. has no right to interfere in them,” Foreign Ministry spokeswoman Hua Chunying told reporters in Beijing.

“We urge the United States to immediately withdraw its wrong decision,” she said, adding that China would make further decisions based on how the situation evolves.

In addition to stopping them and their immediate family members from entering the United States, the designation also freezes their U.S. assets and prohibits Americans from doing business with them.

The law, which Sens. Rubio and Robert Menendez (D-N.J.) introduced, was passed unanimously by the Senate and House. It required the U.S. government to compile a report about the extent of the Chinese crackdown in Xinjiang and provide potential individual targets for sanctions under the Global Magnitsky Act.

More than a million people, most of them ethnic Uighurs, have been interned in huge detention camps across the northwestern region as part of a concerted effort by the officially atheist Communist Party to forcibly assimilate the mostly Muslim ethnic minorities into the majority Han culture.

The Communist Party says the measures are needed to “deradicalize” people, but the United Nations and many Western nations have condemned the campaign as a gross violation of human rights.

The Associated Press reported this month on the draconian measures the Chinese government is taking to slash birthrates among Uighurs and other minorities, part of a drive to curb its Muslim population. These include forced contraception, sterilization and abortion.

In The Washington Post’s editorial section Monday, national security adviser Robert O’Brien said that the United States would not stand by while the Communist Party carried on with these abuses.

“If the past century has shown us anything, it is that dangerous ideologies backed by powerful states rarely confine their malign conduct within their own borders,” he wrote. “The United States will thus continue to shine the light of truth on Xinjiang — for the Uighurs and for us all.”

“The Chinese government is determined in safeguarding national sovereignty, security and development interests, and in fighting terrorists, violent separatists and religious extremist forces,” she said.

The mounting confrontation over Xinjiang comes amid a rapid deterioration this year in relations between the world’s two largest economies.

Trump and his senior officials have repeatedly blamed China for covering up the coronavirus outbreak that began in the city of Wuhan at the end of last year, and allowing it to spread across the world.

According to the official tally, 4,634 people died in China from the disease caused by the coronavirus. But in the United States, where Trump administration officials are accused of being slow to act against the threat, the death toll has topped 137,000.

The State Department issued a travel warning for China over the weekend, telling U.S. citizens to exercise increased caution “due to arbitrary enforcement of local laws for purposes other than maintaining law and order,” which may include detention, prolonged interrogations and exit bans.

Hua said that the travel alert was misguided. “People in the U.S. are worried about a return of notorious McCarthyism, so by issuing this travel alert under such circumstances, the U.S. is apparently seeking pretexts for arbitrarily undermining Chinese citizens’ rights and interests in the U.S.” she said.

Liu Yang in Beijing contributed to this report.

Australia proposes parental consent for children under 16 on social media

The climate catastrophe is here, whether governments face it or not

Tired of waiting for asylum in southern Mexico, thousands of migrants march north