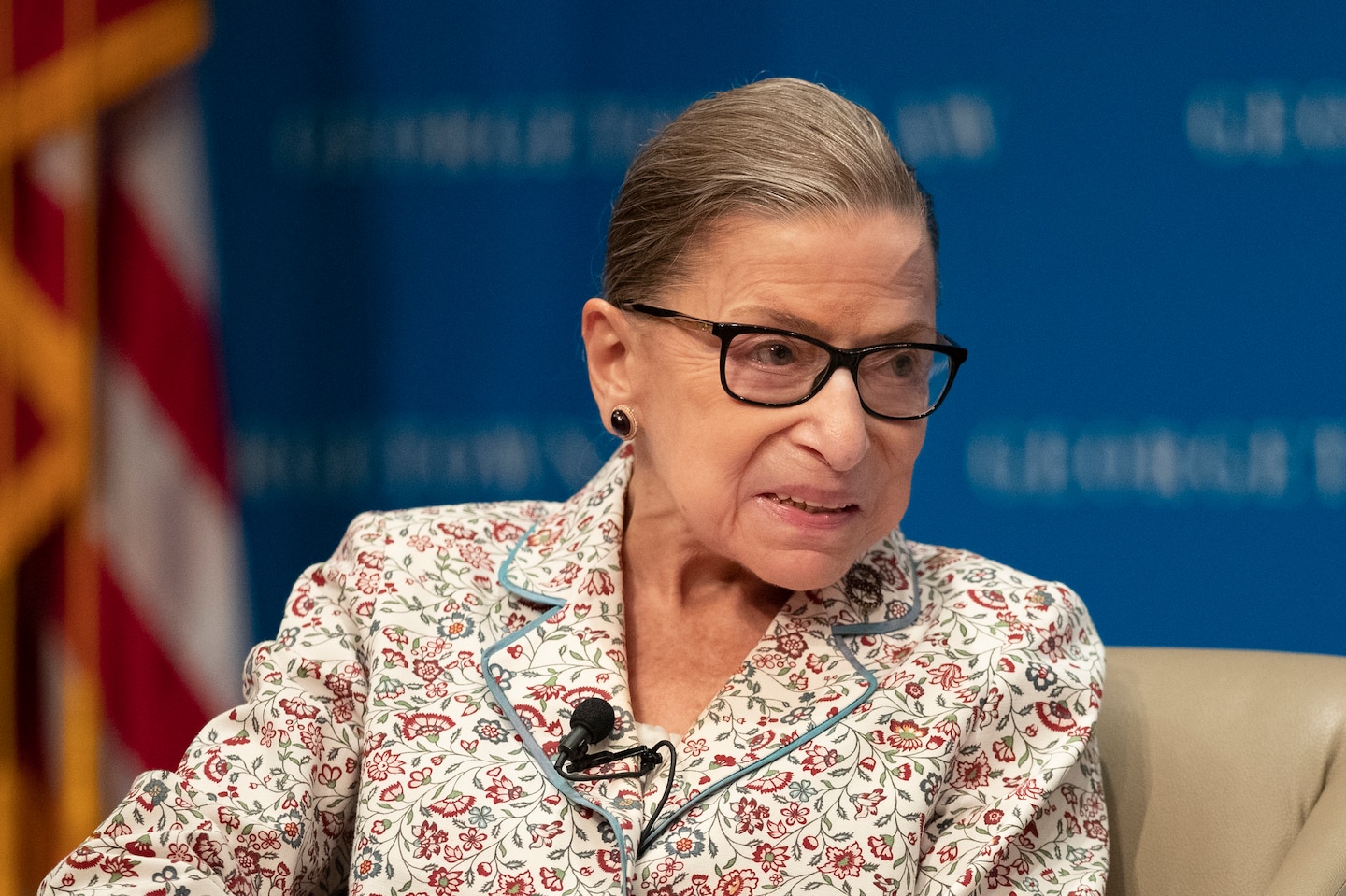 In a statement Tuesday afternoon, the court said Ginsburg had been experiencing fever and chills on Monday, so she was initially taken to Sibley Memorial Hospital in the District that night.

On Tuesday afternoon, she was given an endoscopic procedure “to clean out a bile duct stent that was placed last August,” the court said.

Ginsburg will stay in the hospital to receive intravenous antibiotics, the court said, adding that she was “resting comfortably.”

Justices typically get to decide how much information they reveal about their health, and the differences in disclosure can be stark.

Chief Justice John G. Roberts Jr. fell at a Maryland country club last month and stayed overnight at a hospital, something only revealed publicly when The Washington Post reported it last week.

Ginsburg has been more public with her medical issues, which included being treated four times for cancer. In November 2018, she fell in her office and fractured three ribs.

She was also taken to Johns Hopkins in May for a nonsurgical treatment of a benign gall bladder condition and, last year, also was treated there following chills and a fever. Ginsburg declared herself cancer free earlier this year following treatment for pancreatic cancer last summer.

Last year, Ginsburg missed oral arguments for the first time in her career while recovering from cancer surgery. Conspiracy theories floated around social media about her absence, which ended when Ginsburg returned to the bench in February 2019 and was the first justice to ask questions during oral arguments that day.

Because of the coronavirus pandemic, the justices have been holding their conferences over the phone. In May, Ginsburg participated in one from her hospital room.

Given both her age and periodic health issues, Ginsburg’s status on the court has repeatedly led to questions about who may eventually replace her.

The high court is also a significant issue in this year’s presidential election. A third pick by President Trump could cement the court’s conservative majority, while a selection by former vice president Joe Biden, if he is elected, would fortify the court’s liberal minority.

Ginsburg, who was chosen for the court in 1993 by President Bill Clinton, leads the court’s liberal wing. Early Tuesday morning, the court’s conservative majority moved to allow a federal execution to proceed, issuing its order in the death-penalty case shortly after 2 a.m. The court’s liberal justices wrote two dissents, and the hospitalized justice joined both.