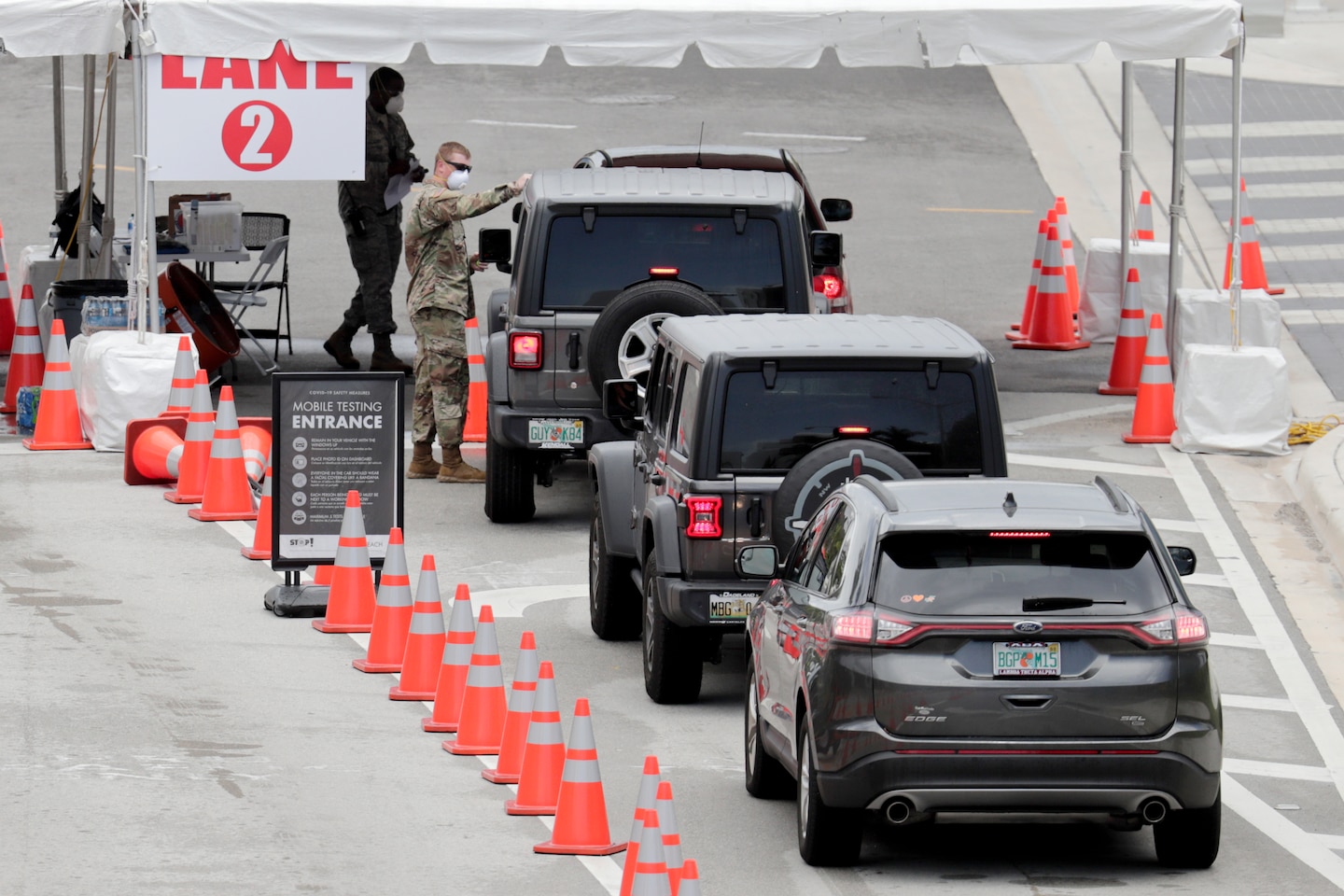 In a letter to the nation’s governors that says the National Guard could help improve hospitals’ data flow, HHS Secretary Alex Azar and Deborah Birx, the White House’s Coronavirus Task Force response coordinator, say they ordered the changes because some hospitals have failed to report the information daily or completely. That portrayal, and the involvement of the National Guard, have infuriated hospital industry leaders, who say any data collection problems lie primarily with HHS and repeatedly shifting federal instructions.

Public health experts say bypassing the CDC could harm the quality of data and the federal response to the coronavirus pandemic.

Under the reporting system that is ending, about 3,000 hospitals — or the health systems that own them — send detailed information about covid-19 patients and other metrics to the CDC’s long-standing hospital network, the National Healthcare Safety Network, or NHSN. CDC staff analyze the data and provide tailored reports to every state twice a week and multiple federal agencies every day, according to a federal health official who spoke on the condition of anonymity to discuss policy deliberations. These data are used by local health officials and policymakers to identify coronavirus trends in hospitals in their communities, the official said.

Some experts said the move could further marginalize the CDC, the government’s premier public health agency, at a time when the pandemic is worsening in most of the country, with records falling day by day of new infections.

“I worry greatly about cutting CDC out of these reporting efforts,” said Jennifer Nuzzo, an epidemiologist with the Johns Hopkins Bloomberg School of Public Health’s Center for Health Security. “I see little benefit from separating reporting of hospitalizations from reporting of cases, which CDC currently coordinates.”

The letter from Azar and Birx to the governors, which was sent out late Monday night or early Tuesday, backs away from earlier drafts that had as recently as late last week directed state leaders to deploy the National Guard to help hospitals with daily data submissions. It now includes the National Guard among states’ options for improving the data flow, according to copies of the letter obtained by The Washington Post from two individuals.

The idea of bringing in the Guard was first broached at a late June meeting with hospital industry leaders by Birx, according to two industry officials who attended and spoke on the condition of anonymity to describe private discussions.

“Given our track record of being cooperative to evolving data requests, it’s perplexing that the possibility of using the National Guard has been suggested,” said Rick Pollack, president of the American Hospital Association. “It makes no sense. Certainly the expertise of the National Guard can be used in a more productive way.”

At meetings Monday and Tuesday between HHS officials and hospital representatives and state health officers to discuss the new protocol, posted as an FAQ on the department’s website, there was no mention of the National Guard, according to a senior hospital industry official and other individuals present.

According to one senior administration official, speaking on the condition of anonymity about private conversations, the draft of the letter that had directed governors to deploy the National Guard was revised over the weekend.

The final version tells governors that the data submitted by hospitals and health officials “is not always complete or timely enough to be effective … We ask that you demand this of all of your hospitals, especially those that have failed to report daily or complete. Please insist that every hospital leader assign this reporting responsibility as a mission-critical assignment. If need be, you could consider prioritizing National Guard duties, in coordination with state health officers and emergency managers, to serve reporting needs for hospitals in the red zones.”

The letter also says, “[I]t is critical that we receive complete, accurate, daily hospital-level date in order to ensure that critical items such as therapeutics, testing supplies, and PPE are distributed efficiently and effectively across the country.” It says that, starting later this week, the daily data will be used to guide the following week’s federal distribution of remdesivir, an antiviral medication that is the only approved treatment for covid-19 patients.

The senior administration official said the letter “changed significantly,” so governors will now be given a choice of ways they can bolster hospitals’ data reporting if that is necessary.

The earlier draft said: “We have been in dialogue with your health officials, hospital associations and hospitals over the past few months and working incrementally to improve the availability of key data but given the urgency in your state and hospitals, we are asking you to deploy the National Guard to these hospitals for these limited daily data collection.”

In an email exchange last Wednesday between Abel and HHS general counsel Robert P. Charrow, Abel said about 3,000 hospitals “do not report sufficient data at the frequency required to work COVID preventative measures,” according to copies of the emails shared by the federal health official. “One idea being discussed is to employ National Guard troops to be stationed in the hospitals with laptops/ipads to gather this data,” Abel added.

Charrow was asked whether this course of action was legally viable, and he replied that the Cares Act, a coronavirus relief package adopted by Congress early in the spring, may be “broad enough to permit us to request this information from each hospital on a daily basis,” he wrote. But he questioned whether this was a good idea.

“As a practical matter, I cannot imagine how the National Guard would be able to collect data at the hospital itself nor the number of Guards who would be exposed to COVID-19 in the process,” he wrote in one email. In another email earlier that day, he said, “I believe that using National Guard troops to gather these data would be counter-productive.”

A coalition of hospital groups protested in a letter to Birx, saying that the industry has been complying with the data requests and that almost all hospitals have been submitting the required information.

Tuesday evening, Rep. Rosa L. DeLauro (D-Conn.), chairwoman of the House Budget Committee’s subcommittee that funds HHS, issued a statement accusing the department of acting “in direct violation with the law” by ordering hospitals to bypass the CDC in reporting coronavirus data. “HHS has been operating as a dangerous, political apparatus and cannot be trusted to share accurate hospital information with Congress and the American public,” DeLauro said.

Josh Dawsey and Ovetta Wiggins contributed to this report.