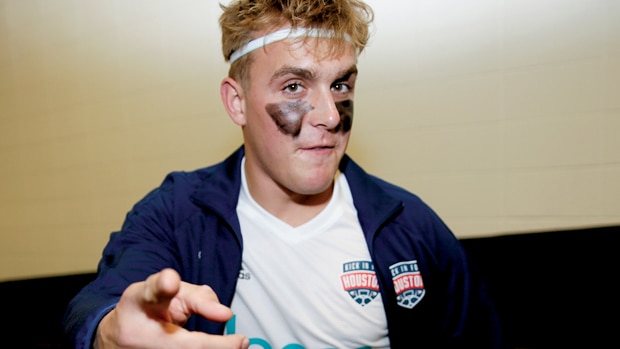 It appeared from social media posts that the party doubled as a shoot for a music video.

“They’re having this large party, no social distancing, no masks, it’s just a big huge disregard for everything that everybody is trying to do to get things back to functioning,” Weintraub told Fox 11. “It’s really just a party acting like covid does not exist, it’s acting that businesses aren’t closed.”

“The City of Calabasas will be enforcing a zero tolerance for large gatherings that defy local public health order,” Weintraub told The Washington Post via email. “I am committed to keeping our community safe and we are working with the Lost Hills Sheriff Station to ensure enforcement and looking at other actions the City can take. Nobody should be acting like COVID-19 doesn’t exist and everyone needs to act responsibly in order to protect our entire community.”

The Fox 11 report added that “angry nearby residents contacted” the station “and sent their own video they shot of the party, but declined to be interviewed.”

It’s been a controversial year for Paul, even by his standards. He has made a career out of inserting himself into national new stories, often in contentious ways — such as when he visited Parkland, Fla., in the aftermath of the Marjory Stoneman Douglas High School shooting and offered a five-point plan to end school shootings, or when he took a disastrous trip to Houston to “save thousands of lives” after Hurricane Harvey.

This year, at the end of May, videos surfaced showing him among a crowd of people who were looting the Scottsdale Fashion Square mall in Scottsdale, Ariz., amid a wave of protests across the nation calling for racial justice after the death of George Floyd. The video did not appear to show Paul stealing or breaking anything, and Paul denied looting.

Many users accused him of taking advantage of the protests to further his own celebrity. Musician Lauren Sanderson wrote: “to the jake paul’s of the world, those EMBODYING white privilege, publicly victimizing themselves for being tear gassed yet showing up with vlog cameras only to loot and trash the city is beyond unacceptable. if you’re not coming to fight for black lives, don’t come at all.”

Days later, police in Scottsdale, Ariz., charged Paul with criminal trespass and unlawful assembly, both of which are misdemeanors.

Paul has not responded to request for comment, nor has he addressed the party on social media.