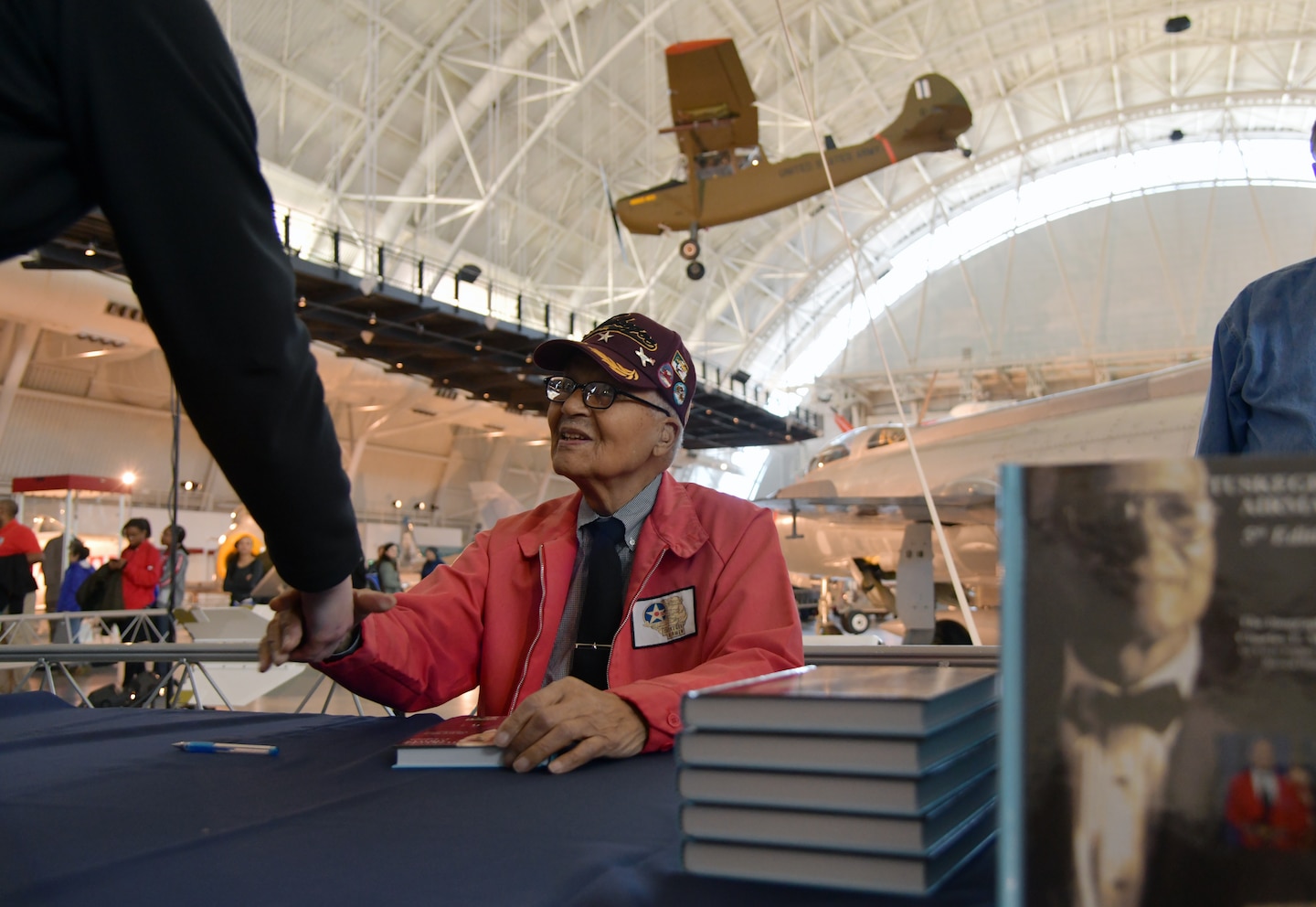 After Washington owner Daniel Snyder on Monday announced the impending retirement of the franchise’s 87-year-old name, Red Tails has emerged as a popular potential replacement again. The team has offered scant details about its re-branding effort, which people familiar with the process say Washington hopes to have completed before the start of the 2020 season, but Coach Ron Rivera has said he would like it to be a tribute to the military. Could Red Tails fit the bill?

In a release issued Friday, Tuskegee Airmen, Inc. (TAI), the Alabama-based nonprofit dedicated to honoring the accomplishments of all 16,000 African American men and women who contributed to the Tuskegee Airmen experience, said it would be “honored and pleased” to work with Snyder “during and after the process should [the Red Tails] name be adopted.” Gen. Leon Johnson, the national president of TAI, said this week that no one from the Washington team had been in contact with his organization and that he had no plans to reach out to the team.

“We are on the outside looking in,” Johnson said in a phone interview. “We don’t want to get in the middle of the decision being made by the franchise, but if they choose Red Tails and want to honor the Tuskegee Airmen, we want to make sure that it’s done in the right manner.”

No matter what the team decides, Johnson views this moment as an opportunity to educate people about the legacy of the men and women, including civilians, who supported the African American aviation training program formed in Tuskegee, Ala., in 1941. In addition to pilots, the program included clerks, typists, doctors, nurses, weather forecasters, lawyers, mechanics and more.

“While Red Tails is associated with the fighters, we look at all of the documented original Tuskegee Airmen as falling under the umbrella,” Johnson said. “If they’re going to do this recognition, the team needs to be aware that we’re not just talking about the fighter pilots. We’re talking about all the people in all the units that make up the Tuskegee Airmen.”

More than 900 pilots graduated from Tuskegee Army Air Field from 1941 to 1946. Of the 355 who flew in combat overseas, only eight survive today. That distinguished group includes 100-year-old Brig. Gen. Charles E. McGee, a veteran of three wars who participated in the ceremonial coin toss before this year’s Super Bowl and was honored at the State of the Union address two days later.

In an interview with Time, 95-year-old Lt. Col. Harold Brown, who flew 30 missions in the European theater during World War II, said he would “absolutely” support Washington using Red Tails. Lt. Col. James Harvey, a fellow former member of the Tuskegee Airmen, told the magazine that he is not sure the team is “worthy of the Red Tails name.”

Doug Melville has dedicated much of his life outside of his full-time job as the chief diversity officer at an international ad agency to ensuring that the contributions of the Tuskegee Airmen, including his great-uncle, Benjamin O. Davis, Jr., are recognized. Davis, a D.C. native and the son of the Army’s first African American officer, was assigned to the first training class at Tuskegee Army Air Field and commanded the 99th Pursuit Squadron, the Army Air Corps’ first all-black air unit. In 2019, 17 years after his death, the Air Force Academy named its airfield in his honor. Melville is passionate about the Red Tails name and would support the team partnering with TAI, which owns a federal trademark registration for “Red Tails” for clothing.

“It’s an opportunity to not only honor the Tuskegee Airmen, but also perhaps change the relationship that sports teams have with nonprofits,” Melville said in a Zoom interview. “I look at this as an opportunity to take the best of both worlds and reconnect and pay homage to the 16,000 Tuskegee Airmen. … These guys got back from World War II, and because America was still so segregated, a lot of them were forced out of the Army. They were never honored, their names were never mentioned.”

Bill Astore, a retired Air Force lieutenant colonel who has taught military history at the Air Force Academy and has criticized the increasing militarization of sports over the years, has reservations about a “proud and heroic military unit” becoming the mascot for a football team.

“We honor the Tuskegee Airmen and we remember their sacrifice,” Astore said. “They had a great record as fighter pilots who escorted bombers over Germany during World War II. They were heroes and they’re remembered for that. I think they do deserve to be honored, especially given the racism that they had to overcome. All that being said, I don’t think it’s right to name a football team after them. … It would turn the Tuskegee Airmen into a commodity. I think it cheapens them.”

Black Lives Matter DC, which did not immediately respond to a request for comment, also denounced Red Tails as a potential replacement name on Sunday.

“Do not change the name of the Washington football team to the Red Tails …,” the organization tweeted. “PEOPLE ARE NOT MASCOTS. This shouldn’t have to be said.”

Johnson, now in his 10th year with TAI, said his organization is prepared to work with the team if it comes calling.