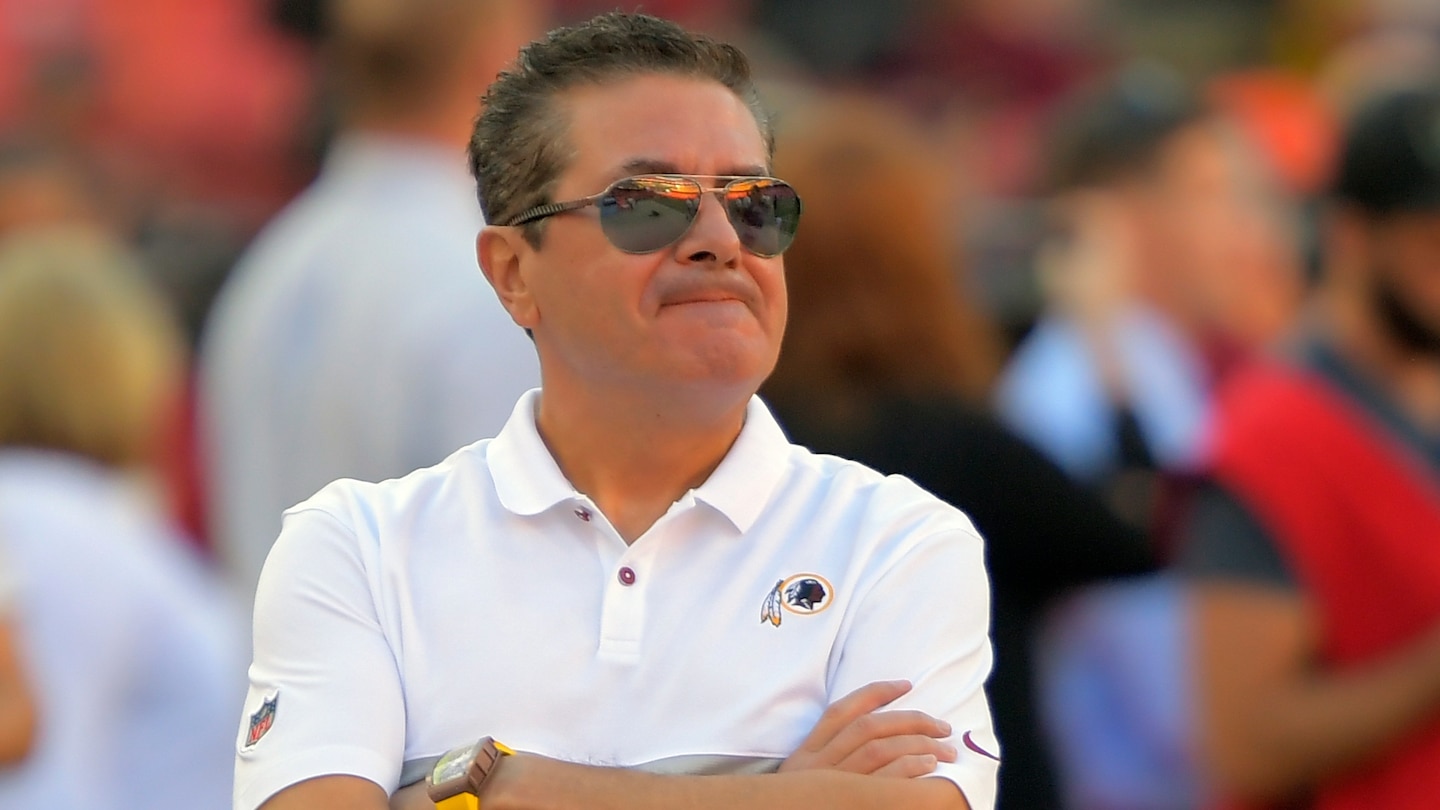 Snyder said Friday that the alleged behavior by former team officials, detailed in a report Thursday by The Washington Post, “has no place in our franchise or society.” The NFL said the accusations are “serious, disturbing and contrary to the NFL’s values.” The league indicated it will consider disciplinary action after reviewing the findings of the outside investigation initiated Thursday by the team.

The NFL will monitor and potentially have some participation in that review, according to one of the people with knowledge of the league’s planning and deliberations. The NFL is empowered to discipline a team, its owner or employees under its personal conduct policy. That person and another familiar with the NFL’s inner workings said a fine of the team is expected if the allegations are substantiated.

Both said that, barring new developments implicating Snyder directly, they would not expect the league or fellow owners to try to challenge Snyder’s ownership, given that he was not accused of any inappropriate behavior toward the women in the report by The Post.

“But we’ll wait to see what the investigation finds,” one of those people said. “That will be the basis for any potential discipline.”

NFL bylaws give the league and team owners the right to attempt to force the sale of a team if an owner is deemed to have engaged in conduct detrimental to the welfare of the league. Those people familiar with the NFL’s inner workings said this case, barring any new findings of involvement by Snyder, is unlike a previous case involving former Carolina Panthers owner Jerry Richardson, who chose to sell the franchise after being accused of workplace misconduct.

Snyder issued a statement Friday through the team in which he said: “The behavior described in yesterday’s Washington Post article has no place in our franchise or society. This story has strengthened my commitment to setting a new culture and standard for our team, a process that began with the hiring of Coach [Ron] Rivera earlier this year.”

The NFL’s response came earlier Friday after 15 former employees told The Post that they were sexually harassed during their time with the team.

“These matters as reported are serious, disturbing and contrary to the NFL’s values,” the league’s statement said. “Everyone in the NFL has the right to work in an environment free from any and all forms of harassment. Washington has engaged outside counsel to conduct a thorough investigation into these allegations. … We will meet with the attorneys upon the conclusion of their investigation and take any action based on the findings.”

The team said Thursday that it had hired attorney Beth Wilkinson and her firm, Wilkinson Walsh, “to conduct a thorough independent review of this entire matter and help the team set new employee standards for the future.”

“Beth Wilkinson and her firm are empowered to do a full, unbiased investigation and make any and all requisite recommendations,” Snyder said in his statement Friday. “Upon completion of her work, we will institute new policies and procedures and strengthen our human resources infrastructure to not only avoid these issues in the future but most importantly create a team culture that is respectful and inclusive of all.”

“The allegations against the Washington football team’s management are serious and disturbing,” Northam said in a statement provided to The Post. “I’m especially concerned that so much of this behavior is detailed to have occurred across Virginia, where the team has offices and practice facilities. Commissioner Goodell needs to step in and get to the bottom of this, and quickly.”

On Friday afternoon, Snyder and his wife, Tanya, sent an internal memo apologizing to affected employees and asking them for help in building a better culture for the organization, according to a person with knowledge of the memo. They wrote, in part, “We need to get better and the time is now.”

No women accused Snyder or former team president Bruce Allen of inappropriate behavior. But some expressed skepticism that Snyder and Allen were unaware of the behavior. The women blamed the team for having an understaffed human resources department and said they viewed an environment of verbal abuse by top executives as contributing to the team’s inappropriate treatment of employees.

UltraViolet, a women’s advocacy group, called on the NFL to remove Snyder. Shaunna Thomas, the group’s co-founder, said in a statement: “Daniel Snyder has enabled, encouraged and fostered a hostile workplace and toxic culture for women. He must go. If the NFL is serious about cleaning up its act, they will force Snyder to sell the team.”

The NFL fined Richardson $2.75 million in 2018 after investigating claims of workplace misconduct against him. In that case, the NFL took over the investigation from the team after Sports Illustrated reported four former team employees received significant financial settlements, accompanied by nondisclosure agreements, following accusations of inappropriate behavior and comments by Richardson, including sexually suggestive remarks and acts. There also was a reported incident in which Richardson directed a racial slur at an African American team employee.

The NFL’s investigation, conducted by former U.S. attorney and Securities and Exchange Commission chairwoman Mary Jo White, concluded there was no information to discredit the claims made against Richardson, who sold the team to David Tepper.

The NFL did not take over Washington’s investigation, one person familiar with the league’s view said, because the owner was not directly implicated.

“That was an owner, only about an owner,” the person said of the Richardson situation. “It didn’t make sense for a team to investigate its own owner. This, by all accounts, is centered on an organization.”

The person called Wilkinson “quite independent” and said Lisa Friel, a former prosecutor who is part of the league office’s investigative unit, will monitor the review and be available as a resource. That person said Snyder has been “cooperative” with the league.

Washington announced plans Monday to change its team name, long considered by some to be offensive to Native Americans. The allegations also come after Snyder’s minority ownership partners — Frederick W. Smith, Dwight Schar and Robert Rothman — hired an investment banking firm to attempt to sell their shares. They own an estimated 40 percent of the team. Snyder has given no indication he would consider selling the franchise.

Sam Fortier and Nicki Jhabvala contributed to this report.