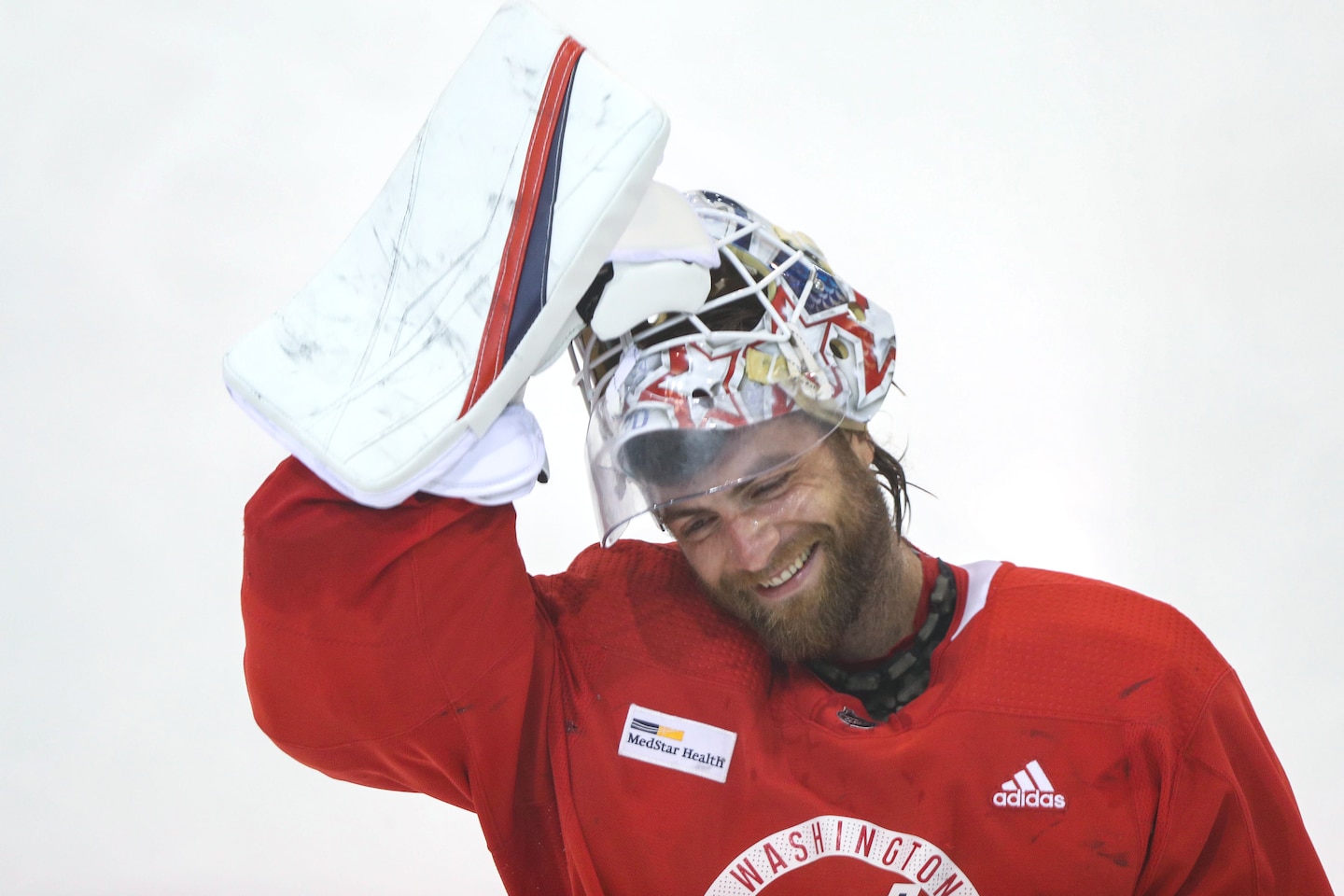 Holtby, who has spent his entire career with the Capitals, is on the last year of his five-year, $30.5 million contract. During a time when so much is unknown, one of the biggest question marks with players is the flat salary cap of $81.5 million for the 2020-21 season that was determined during the league’s return-to-play plan and collective bargaining agreement negotiations.

That will be tricky to navigate for teams such as the Capitals, who are always up against their cap limit. Besides Holtby, other unrestricted free agents on the Capitals include Brenden Dillon, Radko Gudas and Ilya Kovalchuk. Restricted free agents are Travis Boyd and Jonas Siegenthaler. Gudas and Kovalchuk are not expected to return next season. Dillon told reporters this week that he liked the fit with Washington and would like to stay if possible.

“I think from right getting here, kind of a mutual kind of talk among my agent and [Capitals General Manager Brian MacLellan] and those things are kind of confidential with them, but again for me as a player and being a part of the Caps, it has been awesome and hopefully I can be here,” he said.

While he wants to stay in Washington, Holtby probably could secure more money and a longer-term deal elsewhere, so this could be his last season with the Capitals, who have rookie goalie Ilya Samsonov waiting in the wings.

“We’ve been at this thing a long time,” defenseman John Carlson said of Holtby’s mind-set as a pending free agent. “There’s always pressure, especially on a goalie regardless of contract situation or how he’s playing. I think he’s focused on the right things, and if he did ask, I would basically share those same sentiments.”

Holtby posted a 25-14-6 record with an .897 save percentage and a 3.11 goals against average in the regular season. Samsonov had a standout rookie year as his backup, going 16-6-2 with a .913 save percentage and a 2.55 goals against average. Holtby is still slated to be the starting goaltender for the Capitals when the team returns to action, and Coach Todd Reirden reiterated multiple times ahead of and during training camp that it would be Holtby’s “job to lose.”

As of Saturday, Samsonov had not hit the ice during training camp. He has arrived in Washington and has been seen interacting with teammates off-ice. Per NHL policy, teams are not allowed to share player injury or illness information during this time “out of respect for an individual player’s right to medical privacy.”

Regardless of Samsonov’s status, Holtby said he is preparing to play the entire playoff run for the Capitals.

“I think that is hopefully the plan,” Holtby said. “I’m not sure, but I think [playing all playoff games] is very reasonable. I think we’ve had enough time to rest and recover and put in some good work here to be in the right shape physically and mentally to go all out there and put everything into every game.”

Holtby joked that, while his mental stamina might not have been great while he was home schooling his children during the four-month shutdown caused by the novel coronavirus pandemic, it was nice to get time away from the rink and be with family. Holtby will leave his children, Ben and Belle, and his wife, Brandi, for an undetermined amount of time while the Capitals are in the NHL’s Toronto bubble, but he said it will be less unusual than people think.

“I mean it is going to be a little bit more time away, but realistically, we’ve said it before, in the playoffs you are gone basically the whole time anyways,” Holtby said. “Even game days at home you barely see your family and everything. It is not going to be too much different. I think they are planning on heading back to see their grandparents and everything, so I am old news at that point.”

When asked whether he’s worried about any injury risks after such a long layoff, Holtby dismissed the question.

“Not at all,” Holtby said. “My job right now is to win a championship with the Caps. That is the focus. Everything else after that is completely irrelevant. I think I’ve never worried about injuries or anything like that. Any game that you get to play, you are pretty fortunate to get to play in this league, so it is one game at a time.”

Notes: Defensive prospect Alex Alexeyev did not practice Saturday and has not hit the ice since the start of camp. …

Winger T.J. Oshie also did not practice Saturday — it was the first time he has been absent from practice at camp.