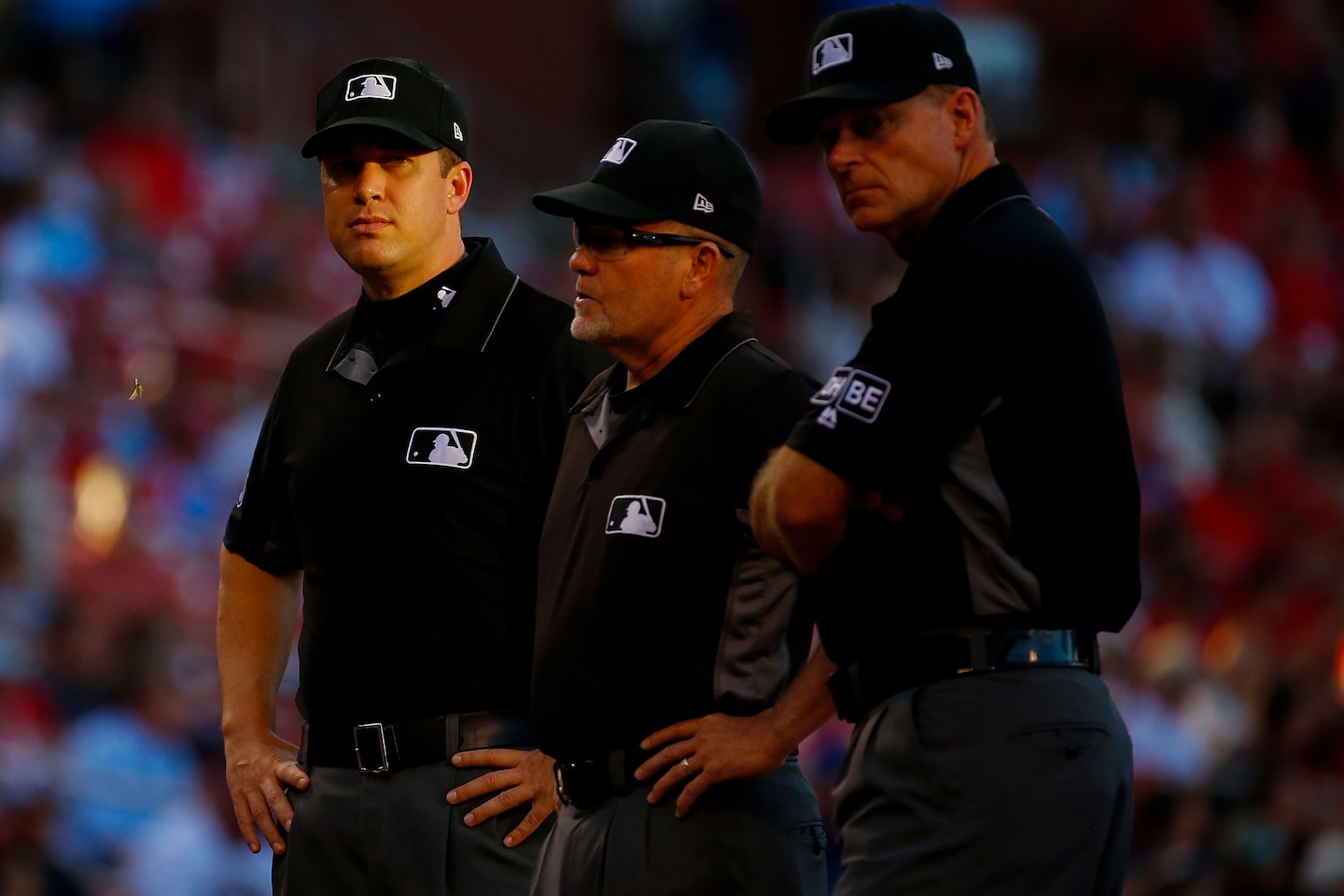 “Working that game was surreal,” recalled Segal, who has been on the field for some MLB games as a call-up umpire since 2014. “It was like, ‘I’m not a guest here anymore. I’m actually MLB staff now.’ ”

Less than three weeks later, when the novel coronavirus pandemic shut down baseball, Segal and all his fellow umps were sent home, left to wonder, like everyone else involved in the sport, whether there would be baseball again in 2020, and what it would look and feel like if it returned.

Those answers — yes and very weird, respectively — have arrived, with the first pitch of MLB’s 60-game season coming Thursday night at Nationals Park. Segal, a 38-year-old native of Burke, Va., will make his 2020 regular season debut a few days later. His job duties, his uniform and the very essence of baseball will have been transformed by the strange circumstances now confronting the sport.

With no fans in the stands, it won’t be how he pictured his first regular season game as a full-time big league ump. But then again, fans only notice the umpire when they are booing them mercilessly. Maybe no fans isn’t such a negative.

As Tier 1 personnel — as defined by MLB’s 2020 Operations Manual, the 113-page health and safety protocols under which this season will be played — umpires, like players, are not required to wear masks while on the field of play. However, Segal, having tried them out during a handful of exhibition games, figures he will wear one anyway, a stance that will hold true whether he is behind the plate, where social distancing, by definition, is pretty much impossible, or on the bases, where it is pretty much standard.

“The way we move around out there, you never know when [you will come] into close contact with someone,” said Segal, who played collegiate baseball at St. Mary’s (Md.) College. Masks, he figures, have “become second nature” in his off-the-field life anyway. He moved into a new apartment in Reston this summer, where the rules mandate mask-wearing in common areas.

Though baseball is an inherently socially distanced sport, when an umpire is working the plate — directly behind the catcher, their heads perhaps a foot apart, the batter just a few feet in front of the catcher — the sport’s new reality becomes most vivid.

Home plate umps will have plastic face-shields installed in their protective face masks, in addition to the cloth mask Segal will wear. Some will also wear protective latex gloves, or in Segal’s case, carry a small bottle of hand sanitizer to use between innings. Ballboys will periodically bring a fresh bag of balls, each of which will have been disinfected beforehand.

“At first, [the safety protocols] felt ominous, and you didn’t know what to expect,” Segal said of his first time behind the plate in an exhibition game. “But then it became second nature. ‘Okay, this is how it works.’ Right now, it feels like there are a lot of things getting dropped on everybody’s shoulders. But once you get into a rhythm and get some familiarity, everything’s going to be become second nature.”

After veteran umpire Joe West made comments to the Athletic earlier this month downplaying the risk of the coronavirus, the Major League Baseball Umpires Association released a statement saying those comments “do not in any way reflect the position” of the umpires’ union.

“The MLBUA fully supports the health and safety protocols agreed to by MLB and the [players’ union],” the statement said, “and we have agreed to make dramatic changes to our usual working conditions in an effort to navigate this unprecedented season.”

At least 11 umpires have opted out of participating in 2020 for health and/or safety reasons, slightly fewer than the number of players who have opted out, though from a much smaller pool. MLB employs 19 full-time crews, totaling 76 umpires, while the 15 player opt-outs as of Tuesday comes from a pool of more than 1,000 players. Many umpires, of course, are older and thus more at risk.

Segal, however, is all-in. Not that he ever wavered, but after reading through the Operations Manual and speaking with supervisors and fellow umpires, he was convinced this can be done safely.

“A lot of people [in MLB] have done a lot of work to keep us safe this summer,” he said. “It’s impressive. Nothing’s foolproof, but I feel pretty confident with these guidelines. And when you’re out there, it feels safe. It feels comfortable.”

Those health and safety protocols were designed to protect everyone involved, including the umpires. As such, the rules include no arguing. Or, specifically, players or managers who leave their positions to argue with an umpire are subject to immediate ejection and discipline, including fines and suspension.

So, to recap: No fans to boo them. And no arguing from players or managers.

This is going to be a strange season, yes. But for Segal and his fellow umps, it might not be so bad at all.