Sean Doolittle wants to be a better ally. He will protest with his teammates, if they choose to. 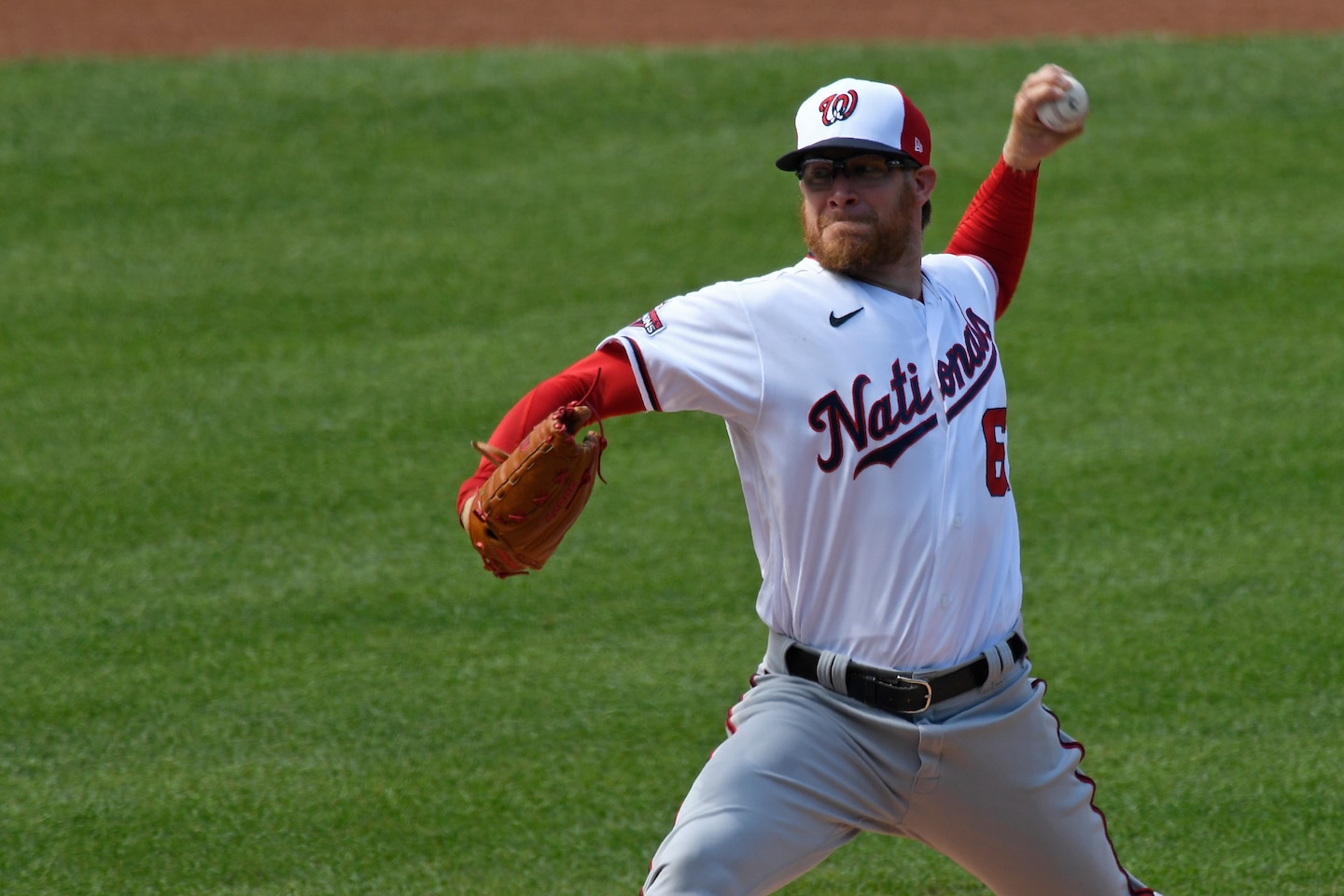 The man smiled. Then Doolittle offered John Lewis one of his own lines.

“He started laughing and we talked a little bit more,” Doolittle remembered Tuesday in an interview with The Washington Post. “It was just incredible. It’s still really surreal.”

Good trouble. Doolittle has thought a lot about those words since Friday, when Lewis (D-Ga.), a civil rights icon long known as “the conscience of Congress,” died at 80 after a six-month battle with cancer. Doolittle, 33, has never shied away from political issues. He doesn’t stick to sports in interviews or on social media. Now, as baseball restarts during the novel coronavirus pandemic and a national examination of race and police brutality, he believes athletes can use their platforms to promote change.

His goal this season is to elevate others’ voices, starting with the question of whether to kneel to protest racism and police brutality during the national anthem before the Nationals and Yankees open the season in Washington on Thursday night.

Doolittle had a message for teammates when they met Tuesday afternoon: If any of them wanted to kneel, he’d kneel right beside them. And if none of them did, he wouldn’t step out alone.

“I would absolutely kneel with them so that they wouldn’t have to face it alone,” Doolittle said, noting that “Boycott MLB” trended after seven players and San Francisco Giants Manager Gabe Kapler knelt before a Giants-Athletics exhibition Monday. “The reality is that it’s still something that guys are worried about doing because they might be ostracized for doing it. Or it might be a target on their back.

“But I feel like I’ve been outspoken enough that I might be able to provide some cover for a guy, depending on who he is, especially if it’s a younger guy or somebody whose career is at a little bit more vulnerable stage.”

After George Floyd was killed beneath the knee of a white Minneapolis police officer in late May, a large group of current and former black baseball players created the Players Alliance. They introduced themselves to the world in mid-June with a “Black Lives Matter” video. Their mission, as stated on their website, is “to use our collective voice and platform to create increased opportunities for the black community in every aspect of our game and beyond.”

Edwin Jackson, a retired pitcher and secretary of the Players Alliance, was Doolittle’s teammate with the Nationals in 2017. The two have talked a lot over the past few weeks. Doolittle has picked Jackson’s brain on how to best be a white ally this season. And those conversations, along with Doolittle’s own reflection, lead to Peter Norman.

Norman was the third man on the podium when Tommy Smith and John Carlos raised their fists — as a Black Power salute and human rights protest — at the 1968 Summer Olympics in Mexico City. Norman, a white Australian sprinter, kept his hands at his sides. But he stood with Smith and Carlos, suggested they wear matching black gloves, and wore an “Olympic Project for Human Rights” badge on his chest.

He was not selected for the Olympics four years later. When he died in 2006, both Smith and Carlos gave eulogies and were pallbearers at his funeral.

“I want to be a better ally and use my platform responsibly to amplify,” Doolittle said. “The goal should be to amplify the voices, not to be louder than them and steal the spotlight away from what the movement is trying to accomplish — trying to end police brutality and end racism and injustice.

It’s made him carefully pick his spots — and to further consider Lewis’s legacy. When Doolittle met Lewis, he was already amazed at what the congressman had accomplished: Lewis was 23 when he spoke at the March on Washington. He was 25 when he led hundreds across the Edmund Pettus Bridge in Selma, Ala., then had his skull fractured by a state trooper.

Lewis was an American hero, by Doolittle’s calculation, long before he took office representing Georgia’s 5th District in 1987, the first of 17 terms. When Doolittle recounted that history this week, he felt humbled all over again.

On that day in April 2018, when Doolittle was in awe, he was too afraid to ask Lewis for a signature. But Lewis signed a handful of baseballs before leaving the park, and a Nationals staffer put a few aside. Knowing that Doolittle was a fan of Lewis’s, the staffer gave Doolittle one of them while they visited a school in Washington last season.

The ball rests on a shelf in Doolittle’s library at his offseason home in Chicago. Next to it is a photo of Doolittle and Lewis talking, their hands clasped. And next to that is a copy of “March,” the first graphic novel in a trilogy about the civil rights movement through Lewis’s eyes. It all reminds him of meeting Lewis, of good trouble, of acting with your heart, as Doolittle put it, to responsibly lead.

It reminds him that the fight’s not finished.