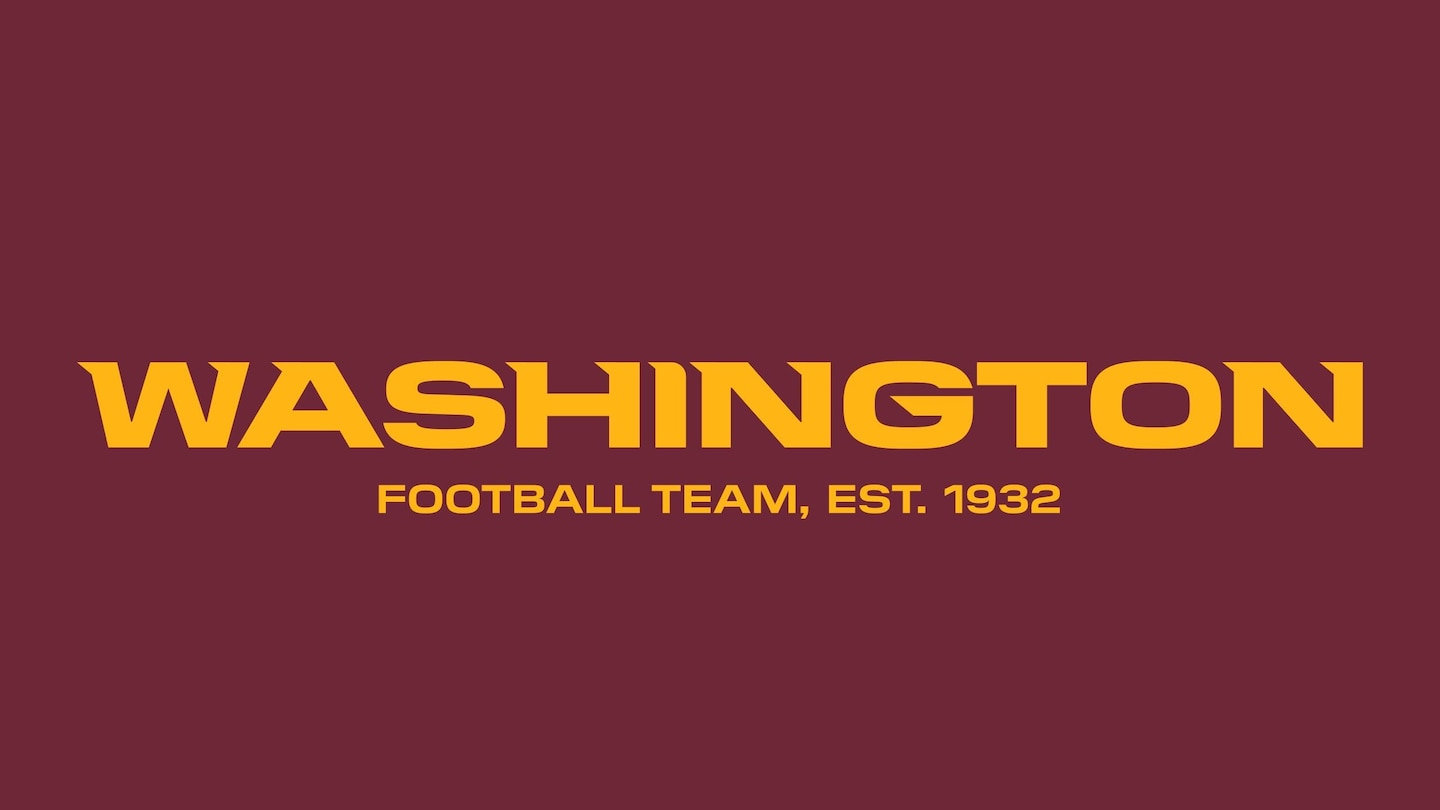 “A rebrand like this is a 12- to 18-month process if you want to do it right,” Terry Bateman, the franchise’s executive vice president and chief marketing officer, said in a phone interview.

With draft picks arriving and signing their contracts Wednesday and Thursday and veterans such as quarterback Dwayne Haskins and edge rusher Ryan Kerrigan reporting for a camp that is scheduled to open this coming Tuesday, Washington was running out of time to get a new name and logo in place. What it delivered instead was a recasting of the team’s lettering, logo-less uniforms in the club’s burgundy and gold color scheme with the word “Washington” below the neck and helmets with players’ jersey numbers on the sides — a throwback to an old college look and one still used by the University of Alabama.

The move to Washington Football Team comes near the end of a tumultuous month in which owner Daniel Snyder quickly reversed his long-standing resistance to giving up “Redskins,” the team’s name for the past 87 years. In the wake of the social uprising that followed the late May killing of George Floyd in police custody in Minneapolis, Snyder was forced to move on from the name after the team’s top sponsor, FedEx, threatened to cancel the remaining $45 million of its stadium naming rights contract if Washington didn’t change the name.

A day later, on July 3, the team announced it was undertaking a “thorough review” of the name. It announced July 13 it would be “retiring” the Redskins name at the end of the review.

Thursday’s announcement essentially ended the review, but it does not solve the long-term question of what the team will be called in the future. Though Coach Ron Rivera said in a July 4 interview that he and Snyder had tossed around potential names and had come up with two the coach really liked, Bateman said the team was never close to settling on a particular name.

“I don’t know if you know anything about trademark law and copyright stuff and all the hoops you got to jump through to pull something like that off in the time frame,” Bateman said of the 25 days between the start of the review and the beginning of camp. “That’s one part of it. The other part is we didn’t want to rush it. We wanted to go slow. We wanted to do this right. Whatever we come up with is going to be the name for the next 80, 90, 100 years, I hope.”

Two people familiar with the team’s planning said the club had originally hoped to have a new name and logo in place by the start of the season — something Rivera said in early July that he wanted as well — but it realized a total makeover in such a short time was not possible.

“They were definitely trying to get a final resolution,” one of those people said. “There was no time to do all of that.”

“It takes a while to get there,” the other said. “No one should be surprised.”

Bateman said that by pausing now and playing this season with a temporary name, the franchise can start a process in which fans and sponsors can help pick a new name and look. Several times he used the word “inclusive.”

Initial reaction to the temporary name was mixed. While the team quickly posted pictures of the new uniforms on its website and some fans on social media seemed happy with the look, there also was a sense that something had been left unfinished.

“Just waking back up from my pregame nap to see about The Washington Football Team??? Is that real??” tweeted NBA superstar LeBron James. “No way! Oh man they had a thorough intense long board meeting about that one huh.”

Absent from Thursday’s announcement was Snyder, who has not spoken publicly about the change beyond quotes attributed to him in team news releases. Some inside the team, including Rivera, have said Snyder has been looking at the change as a new start, coming months after he fired unpopular team president Bruce Allen and hired Rivera to rebuild a team that went 3-13 last season. However, two people with knowledge of the situation said Snyder did not arrive at the decision to change the name willingly.

When asked about Snyder on Thursday, Bateman said: “Dan, the whole management team, everybody’s been involved. This is a unanimous decision. This is a smart way to approach this. Everybody’s got the same objective, and that’s to do this right.”

Bateman said the team will start removing signs with the word “Redskins” and begin scrubbing the name and logo from the organization. He said the organization hopes to finish this by the Sept. 13 season opener against Philadelphia.