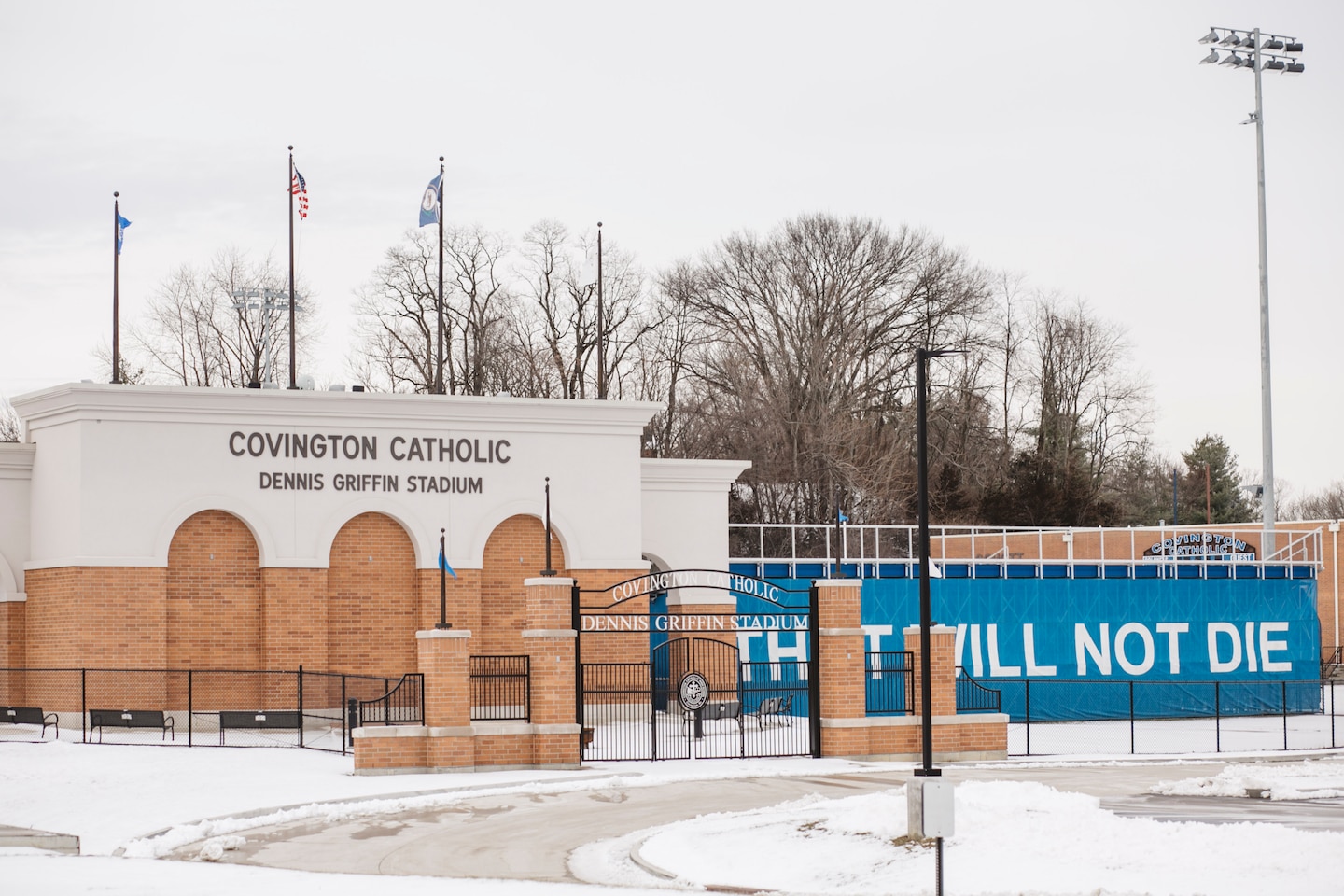 Attorneys for the Sandmanns filed to dismiss the suit Friday morning in federal district court in Covington. Neither side disclosed the terms of the settlement, which foreclosed the possibility of a trial.

The family contended in a suit filed last year that The Post defamed Sandmann in seven articles and via tweets promoting the articles. The Post has maintained that its reporting was accurate and fair.

The Sandmanns settled a similar lawsuit against CNN in January. The terms of that agreement were also kept confidential by both sides. The family’s suit against NBC is still pending. They have also filed suits against Gannett, ABC, CBS, the New York Times and Rolling Stone.

The encounter between Sandmann and Nathan Phillips, the Native American activist, became the subject of national debate after videos of the scene went viral.

The first videos showed a teenager, later identified as Sandmann — wearing a “Make America Great Again” cap in support of President Trump — standing face-to-face with Phillips as Phillips chanted and beat a small drum on the memorial’s steps. Other students, some of them also wearing MAGA hats, shouted and chanted nearby.

Phillips asserted after the encounter that he had been trying to walk to the memorial when he found his path blocked by Sandmann and other students, who he felt were ridiculing him.

Sandmann, who was 16 at the time, later said he meant no disrespect to Phillips and denied trying to block his path.

In the immediate aftermath, many cast the episode in political terms, largely as a result of the MAGA hats worn by Sandmann and some of his classmates.

In their lawsuit against The Post, Sandmann’s parents, Ted and Julie, alleged The Post had “targeted and bullied” their son to embarrass Trump — a statement The Post disputed.

“The Post ignored basic journalist standards because it wanted to advance its well-known and easily documented, biased agenda against President Donald J. Trump by impugning individuals perceived to be supporters of the President,” the suit’s complaint alleged. It claimed The Post went after Sandmann “because he was the white, Catholic student wearing a red ‘Make America Great Again’ souvenir cap.”

The Post defended its coverage, arguing it was entitled to report Phillips’s interpretation of the encounter and noting that it also reported Sandmann’s account once it was available.

Trump cheered on the suit, posting a tweet reading, “Go get them Nick. Fake News!”

The Sandmanns sought $250 million in damages — which their attorneys noted was the same amount Amazon founder and chief executive Jeff Bezos paid in 2013 to purchase The Post.

Sandmann was on a trip to Washington with classmates from Covington Catholic High School to march in an antiabortion rally on the Mall. After completing the march, the students were waiting for a bus at the Lincoln Memorial. Phillips was at the Mall for a rally for indigenous people.

Initial news accounts, including The Post’s, relied on eyewitnesses such as Phillips and a limited number of videos posted on social media. Sandmann wasn’t identified in early accounts and didn’t speak publicly about it until several days later.

Covington Catholic and the Covington Diocese initially issued an apology on behalf of the students and condemned their behavior.

But later videos gave a fuller picture of what happened. They showed that several men, part of a group called the Black Hebrew Israelites, had been shouting racial epithets and homophobic slurs at the waiting Covington students. Some of the students began school sports cheers in response as Phillips approached.

News organizations sometimes settle defamation claims rather than face a trial. Even with a favorable judgment at trial, the costs of defending against such a suit can be substantial.

“We are pleased that we have been able to reach a mutually agreeable resolution of the remaining claims of the lawsuit,” Post spokeswoman Kris Coratti said. Executive Editor Martin Baron declined to comment.

The Sandmanns’ attorney Todd McMurtry issued a statement that they had “agreed to settle with the Post because the Post was quick to publish the whole truth — through its follow-up coverage and editor’s notes.” Another member of their legal team, L. Lin Wood, noted on Twitter that Nicholas Sandmann marked his 18th birthday on Friday and that the legal team “gave Nicholas the gift of justice from . . . THE WASHINGTON POST.”

Nicholas Sandmann tweeted, in reference to the other media organizations that were sued: “The fight isn’t over. 2 down. 6 to go.”